Cedar Lake Speedway in New Richmond, WI, hosted the World of Outlaws Sprint Car Series for the Independence Day Spectacular last weekend. Brad Sweet, driver of the No. 49 NAPA AUTO PARTS sprint car, has notoriously been successful at this track with an average finish of 1.4 in the last 10 races (all first or second place finishes.) 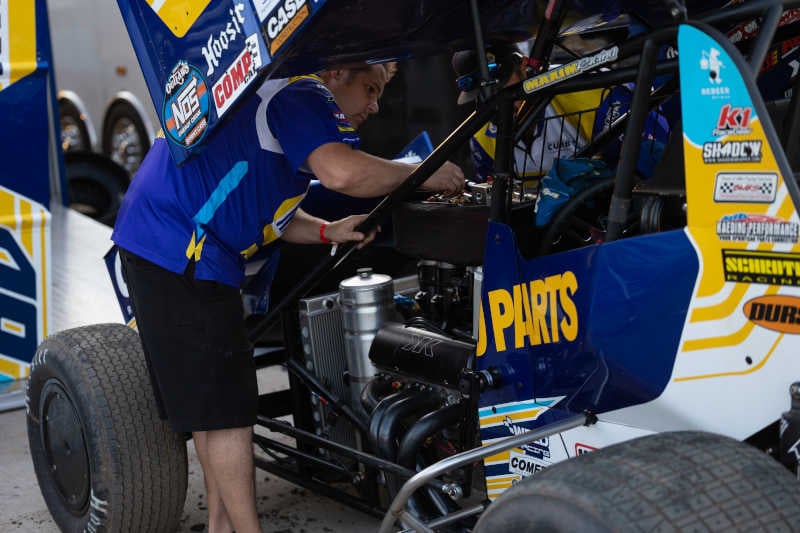 With 27 cars signed into World of Outlaw competition on Friday, Sweet was 12th to qualify. Hitting the charts at 11.573 seconds placed him seventh overall. This led him to start third in Heat Race #1. As the field went green, Sweet was held up by a slower car in front of him on the inside line and fought for the third position but ended up crossing the checkered in fourth place. This automatically transferred him to the A-main. 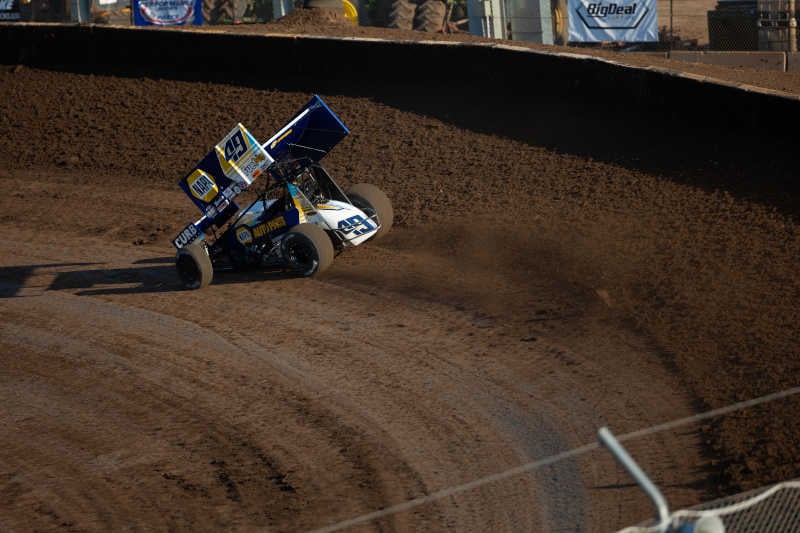 Sweet was scheduled to start the 35-lap feature in 10th, and the Cedar Lake Speedway fans were in for a treat. From the drop of the green, it was apparent that the NAPA AUTO PARTS team gave Sweet the perfect setup. In the first two laps, the Big Cat passed three competitors on the low line. As they continued on, Sweet was clearing cars one by one. As they approached lap 15, he was battling for second position through numerous slide jobs. After the caution was displayed, the field restarted side-by-side. One last charge by Sweet brought the No.49 home in second. 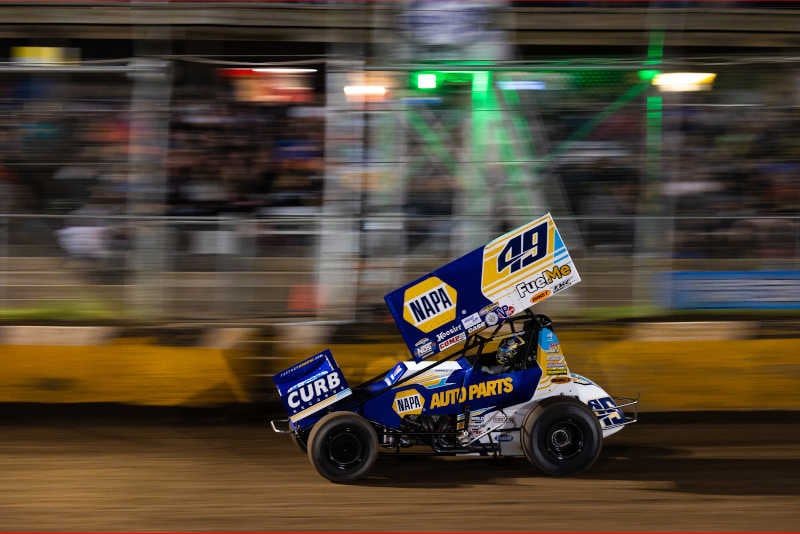 Saturday brought night two of the Independence Day Spectacular. With a car count identical to the previous night, the No.49 was set to qualify 22nd. Stopping the clock at 11.707 seconds, the Big Cat set the quick time of the session. This slated him to start on the pole of Heat Race #1. At the drop of the green, the track still had a bit of moisture in the bottom, which forced the NAPA AUTO PARTS car back into second place. Sweet finished second, advancing him to the Fast Pass Dash. Drawing the second starting position, Sweet said, “Hopefully, this is our night to get the NAPA AUTO PARTS car back into victory lane.” 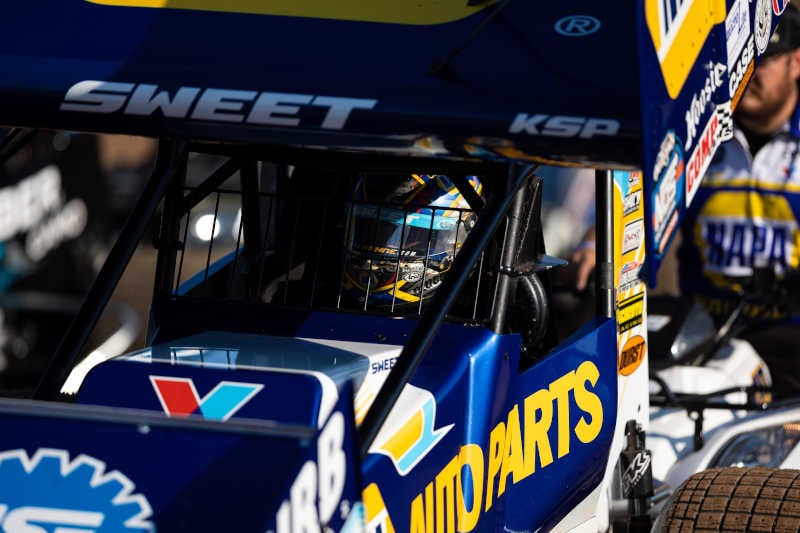 In concluding the short, six-lap dash, Sweet held onto the second position, where he would start for the A-main. The NAPA team hoped to pick up just one position in the 35-lap race around the 3/8-mile Cedar Lake Speedway to put the No. 49 in victory lane. From the drop of the green, Sweet was charging; he took the lead on lap seven as the leaders had already reached lapped traffic. A caution was displayed, and as they went green again, the second-place car jumped ahead of Sweet. The NAPA AUTO PARTS car was one corner away from passing the leader, and another caution came out with just four laps to go. On the last lap, Sweet tapped the wall, and third-place runner David Gravel passed him. The No.49 officially came home in third place.