Brad Sweet, driver of the No. 49 NAPA AUTO PARTS sprint car, won the World of Outlaws Sprint Car Series championship Saturday after finishing fifth in the final feature race of the World Finals at The Dirt Track at Charlotte Motor Speedway. It was the fourth consecutive Outlaws championship for the Kasey Kahne Racing driver from Grass Valley, Calif. 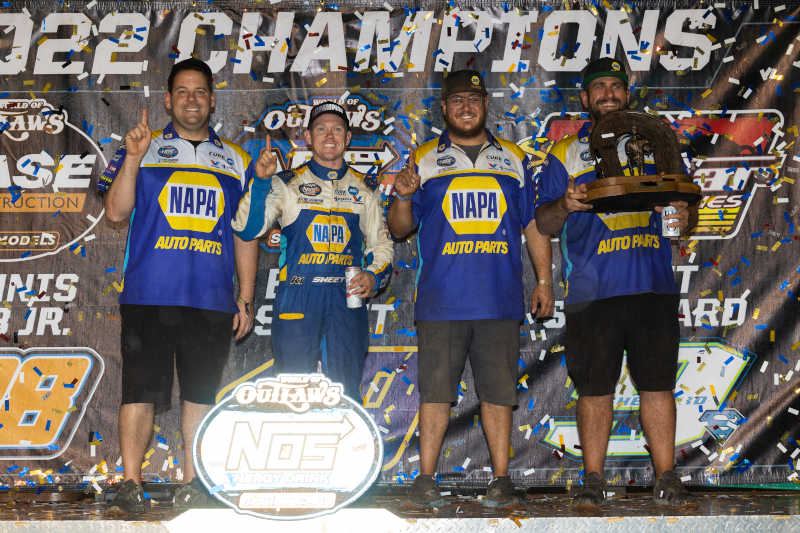 Sweet entered the World Finals with an advantage of only 16 points after his championship lead diminished due to a part failure and subsequent DNF (did not finish) at the previous event. Three nights at Charlotte began Wednesday night with 52 cars signed in and the NAPA No. 49 slated to got out 51st in qualifying. Laying down a lap of 12.762 seconds, Sweet placed himself third in Flight B and second to start his heat race, where he needed a finish of first or second to lock into the Fast Pass Dash. 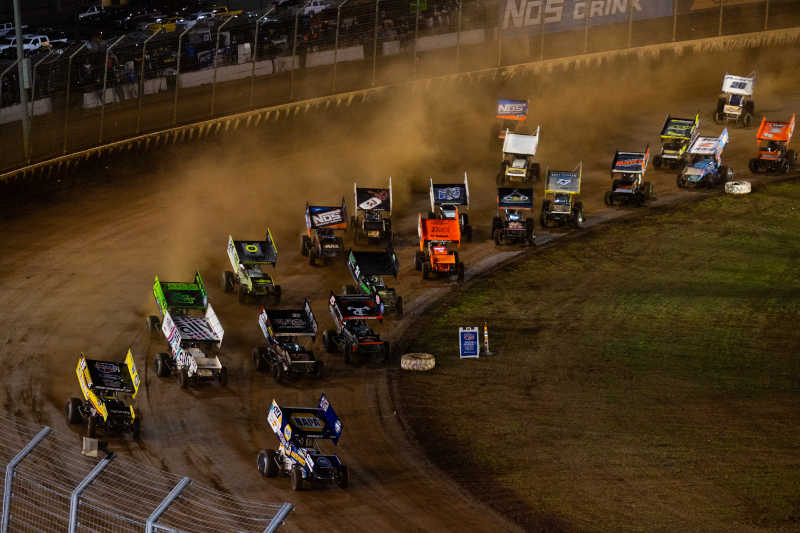 When the heat race went green, Sweet went high and crossed back over. Holding that position all the way to the checkers, the No. 49 earned a spot in the dash. Drawing eighth to start, Sweet took off on the lower line when the dash went green. The Big Cat had moved up to fourth two laps in and kept charging, crossing the checkers in second. Starting the 30-lap A-main from the front row, Sweet used all of the track to maneuver the abrasive surface. He secured a podium finish, crossing the line in third.

Friday’s event again had 52 cars in attendance, and Sweet was slated to qualify seventh in Flight A. Posting a time of 12.789 seconds put the NAPA driver fourth to start Heat Race 2. When the heat race went green, the Big Cat dove to the bottom where the No. 49 machine was hooked up. He finished second, again good for a spot in the dash. 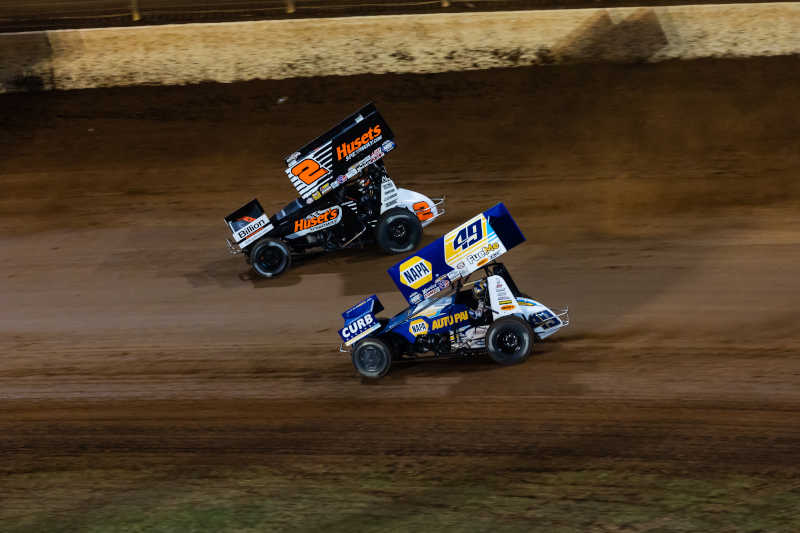 “Just trying to win race,” Sweet said, drawing the #2 pill to start the dash. “It’s always intense, and it just feels like a big race for us.” 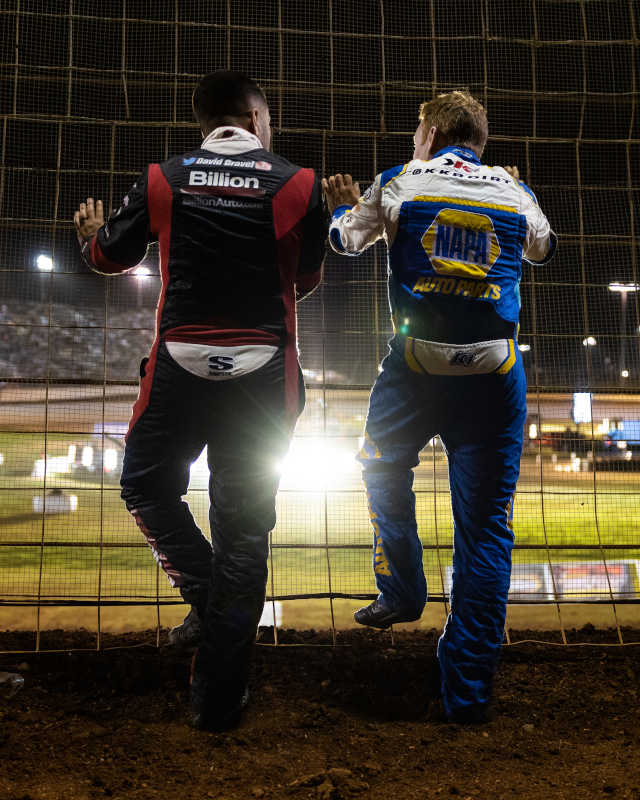 Sweet went to the bottom at the start of the dash and held his position through six laps to the checkers. Starting on the front row of the feature, Sweet hoped to add the Dirt Track at Charlotte to his win list. He raced his competitor side-by-side for the lead when the A-main when green before taking the lead going into turns 3 and 4. The caution came out after several laps, lining Sweet and competitor Donny Schatz up side by side again for the restart.  Sweet fell back to second and was passed again later, but the NAPA driver still held on for a podium finish of third. 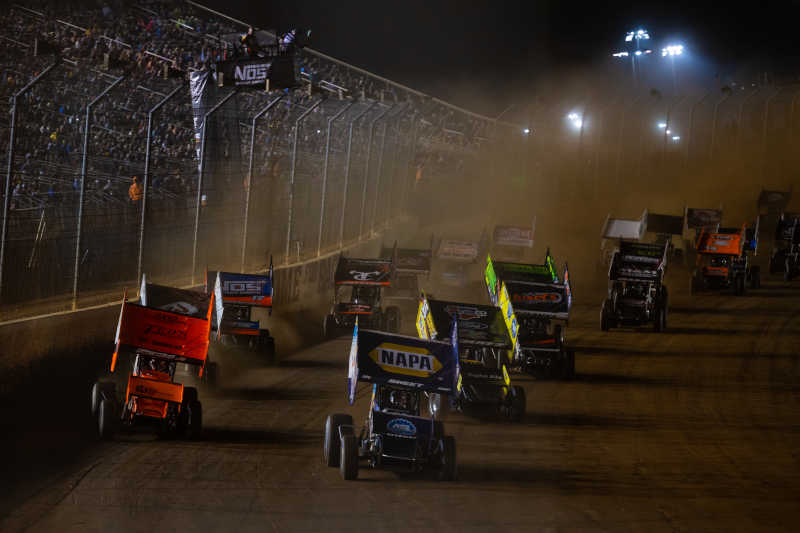 A 36-point buffer stood between Sweet and his competition for the World of Outlaws championship  when the final night of the season arrived on Saturday. In the World Finals format, Sweet was placed first to start Heat Race 1. He separated himself from the field early in his heat race and handily picked up the win, locking into the Fast Pass Dash. 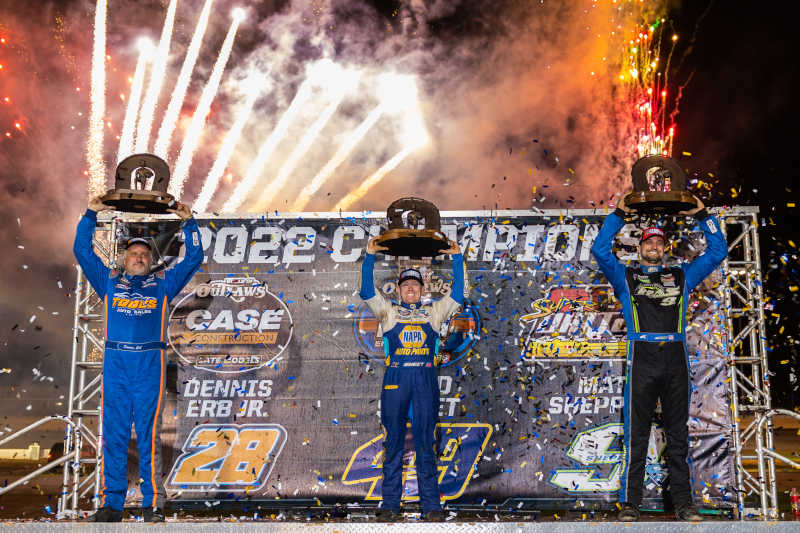 “We’ve had a good weekend so far, but it’s not over yet,” Sweet said, drawing the #3 pill. 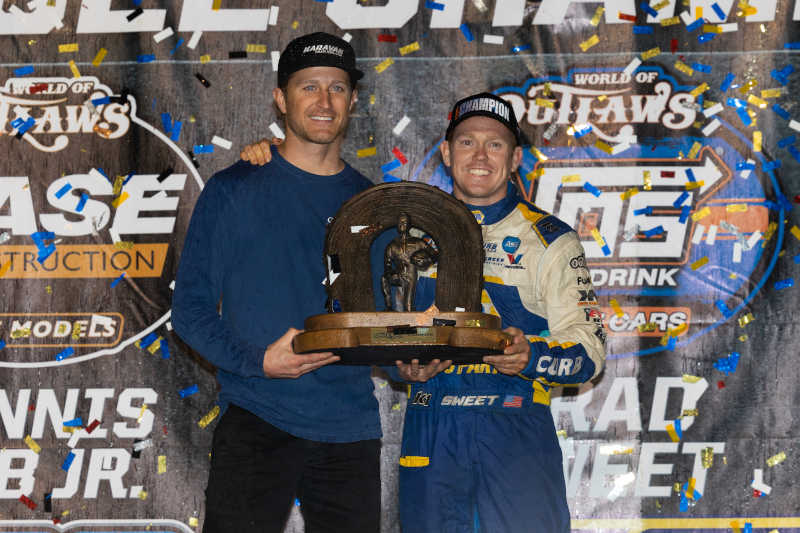 Sweet charged to the front in the 6-lap race and picked up the win, putting him on the pole of the 30-lap feature. After the green flag dropped on the main event, the track quickly began changing. Sweet dropped back to fourth, then fifth following a restart. Crossing the line in fifth at the completion of 30 laps, Sweet officially earned the 2022 World of Outlaws Sprint Car Series championship and etched his name in the books as a four-time champion. This also marked the fourth championship for the No. 49 NAPA AUTO PARTS team with Kasey Kahne Racing (KKR) and KKR’s fifth as an organization.