Brad Sweet and the No. 49 NAPA AUTO PARTS team remained consistently strong last week, earning a pair of podium finishes as the World of Outlaws Sprint Car Series works its way around the Great Lakes.

Fresh off their win at Lawrenceburg Speedway, the team had a few days off to regroup and maintain the No. 49 machine. The next stop on the schedule was the quarter-mile, semi-banked oval at Fairbury American Legion Speedway in Fairbury, Ill. As Tuesday got closer, Mother Nature revealed a different plan. World of Outlaws officials decided to use the rain date, postponing the event until Tuesday, June 5th. 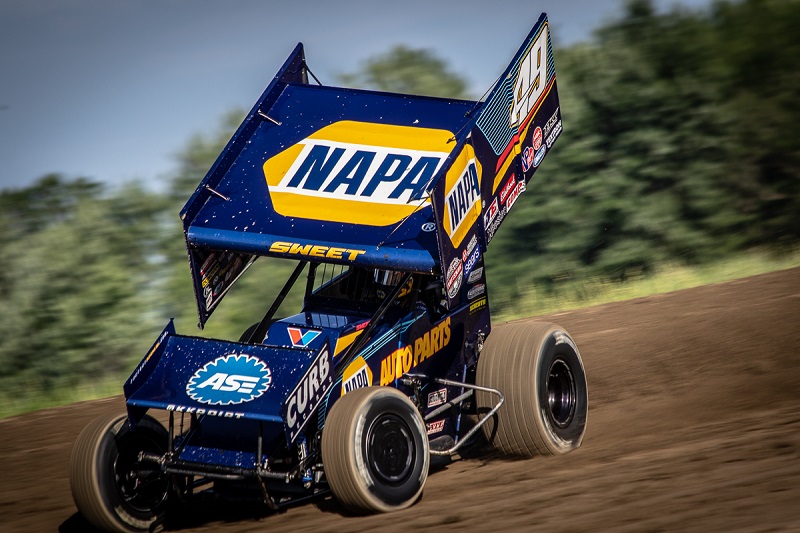 Friday night’s action got underway at I-96 Speedway in Lake Odessa, Mich. The World of Outlaws drew 30 cars for the event, and Sweet qualified fifth, putting him on the outside front row of the second heat race. With the top two finishers going to the dash, the NAPA AUTO PARTS team wasn’t able to maintain the second position, ultimately finishing third. The result automatically put Sweet in the eighth starting position for the night’s 35-lap feature event.

The field was set and the green flag waved for 35 laps; it stayed green until lap 14 when a competing car flipped. Sweet was running in the fifth position at the time. With debris to clean up, officials notified the teams of an open red condition. The open red allows the team to work on anything on the car with the exception of replacing a tire.

With changes made to the NAPA AUTO PARTS car, green-flag racing resumed. Another quick red flag waved, and action was stopped once again. Sweet lined up in the fourth position and made a quick move to second within a few laps. The Big Cat was on the prowl and pulled a perfect slider on leader David Gravel, only to have a yellow come out before the lap was complete.

In a three-lap shootout, Sweet changed up his line to try to pass for the lead, but it did not work, causing him give up the second spot. Sweet and the NAPA AUTO PARTS team left I-96 Speedway with a podium finish of third place. 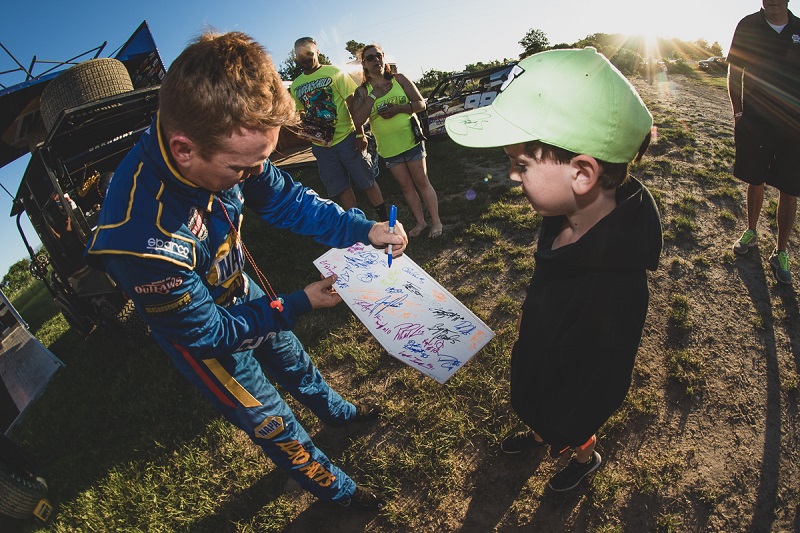 With another strong finish under their belt, Sweet and his NAPA AUTO PARTS team headed to the other side of Lake Michigan to race at Wilmot Raceway in Wilmot, Wis. A total of 28 cars signed in for the night’s action, and Sweet completed qualifying in tenth position. This lined the No. 49 up on the inside of the second row in the third heat race. With the track heavy and narrow, no passing occurred, resulting in a third-place finish for Sweet. This once again put the team in row four for the 40-lap feature event.

After the B Main, Mother Nature popped up and drenched the racing surface. It took World of Outlaws officials almost two hours to have the track prepared for the feature event. 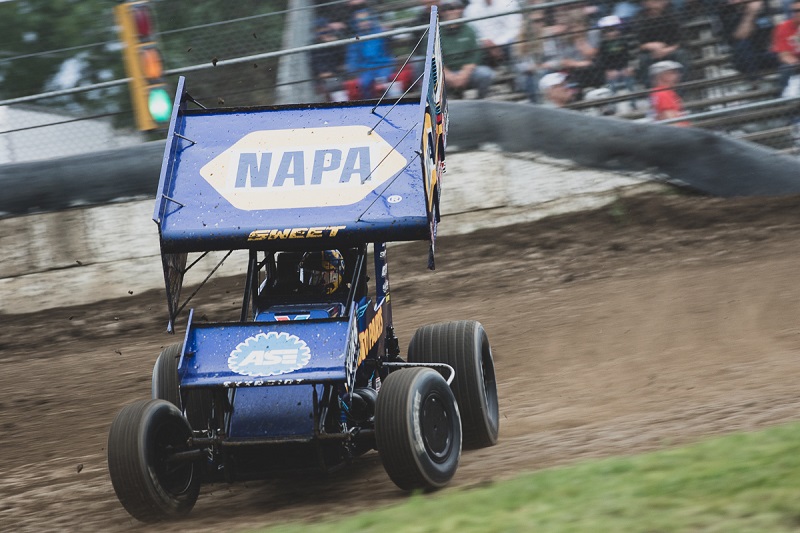 Sweet lined up in the seventh spot, and the green flag waved for one of the longer events on the World of Outlaws schedule. An accident on lap one took out a competitor ahead of Sweet, putting him in the sixth starting spot. By lap 13, the front of the field was in the thick of lapped traffic. Sweet made moves to get himself into the third spot. The race remained green through the end, with the leader more than eight seconds ahead of Sweet. The NAPA AUTO PARTS team held on to third, completing the weekend with a pair of podium finishes. 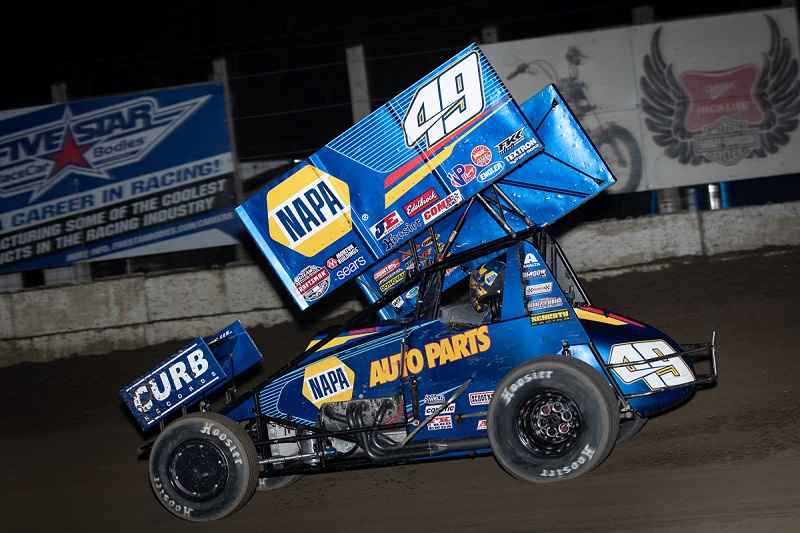 The busy World of Outlaws schedule continues with a makeup race on Tuesday in Fairbury, Ill., and capping off the weekend with a three-day show, the $40,000-to-win Jackson Nationals, in Jackson, Minn., which Sweet won last year.