Brad Sweet, driver of the No. 49 NAPA AUTO PARTS sprint car, won the feature race in the first of two World of Outlaws events over the weekend. 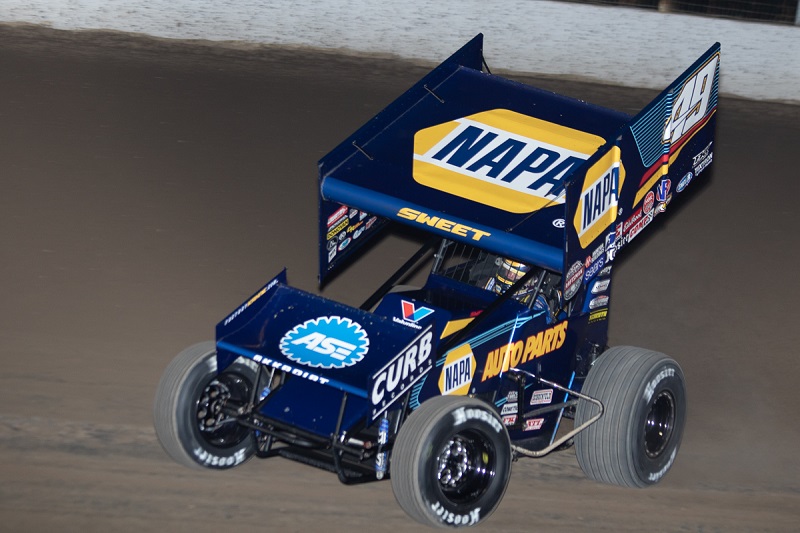 The NAPA AUTO PARTS team made their trek west to their first stop in Rapid City, SD, where 24 World of Outlaws cars signed in to compete. Sweet went third quick overall and, lining the No. 49 team up on the pole of the third, eight-lap heat race. Sweet gained the upper hand and quickly jumped out to the lead, winning the heat race by 1.9 seconds and locking him into the night’s six-lap dash. Sweet finished in the second spot of the dash, and his team made a few adjustments before the 25-lap feature. 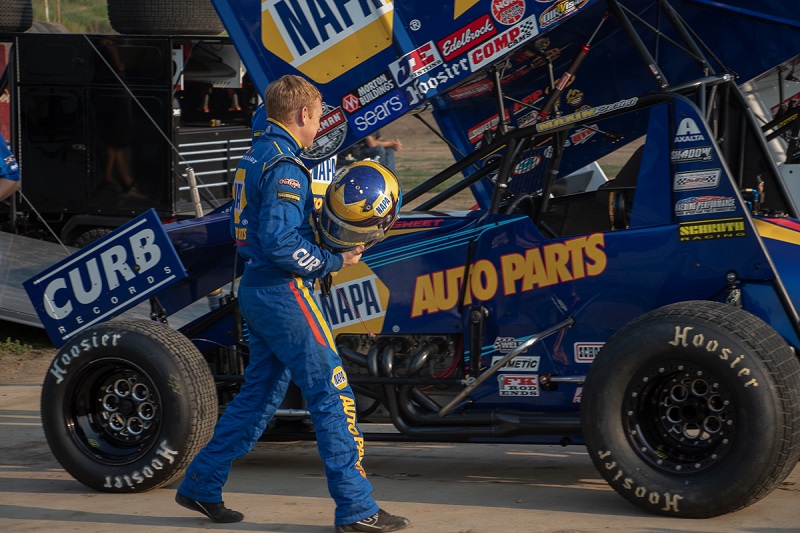 Within the first few laps, Sweet fell back to the third spot and stayed there until lap 18, when he quickly put himself into the second spot before taking the lead a few laps later on a restart. Sweet went on to win his fifth World of Outlaws feature of the season. 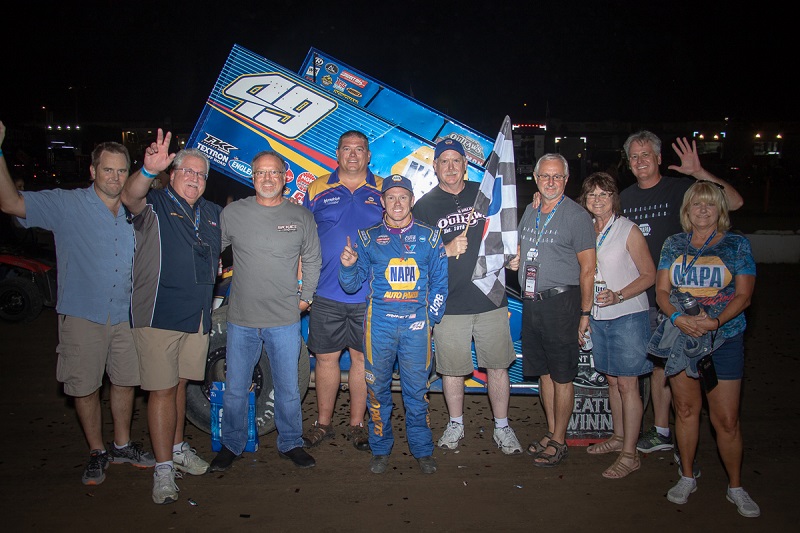 Saturday night’s show was at Big Sky Speedway in Billings, MT, where only 22 cars checked in for the action. The NAPA AUTO PARTS team finished in the ninth position for qualifying, lining the team up in the third position of the third heat race. The track conditions did not play into the favor of Sweet; he was only able to finish in the third spot. The No. 49 team started the feature in the ninth position but quickly fell to 13th.  With a few cautions during the 35-lap feature, Sweet found speed and finished in the fourth
position, earning the night’s hard charger award. 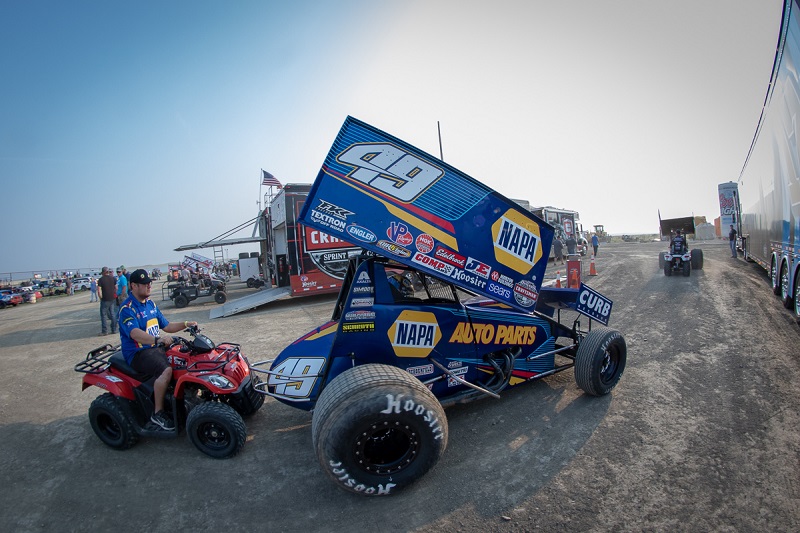 The World of Outlaws Series continues its trek west to Washington and has a pair of dates at Skagit Speedway this Friday, August 31, and Saturday, September 1, in Alger, WA. Following that, the series will head to Grays Harbor Raceway in Elma on Monday, September 3, before making its lone appearance in Oregon at Willamette Speedway on Wednesday, September 5. 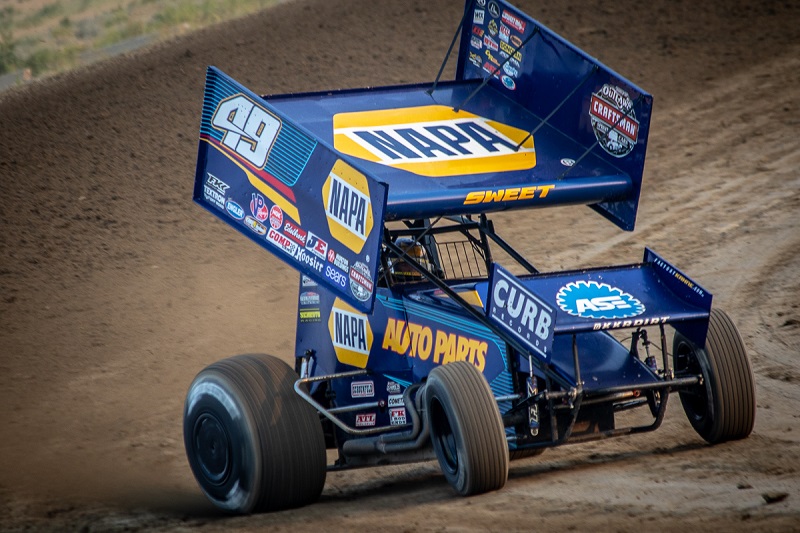