This past weekend, the World of Outlaws Sprint Car Series traveled to the Sprint Car Capital of the World in Knoxville, Iowa, for the Brownells Big Guns Bash. The large half-mile acquired some rain throughout the week, eventually leading to fast track conditions for the two-night event. 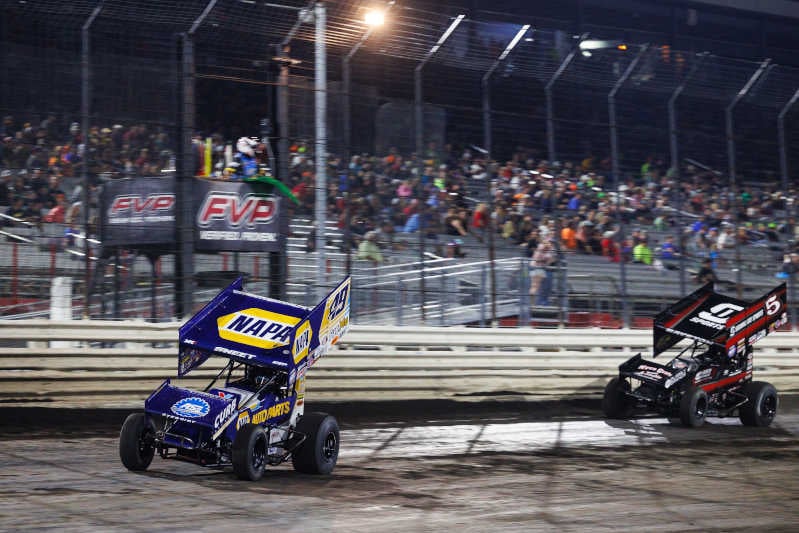 On Friday afternoon, 52 cars signed into World of Outlaw competition. NAPA AUTO PARTS driver Brad Sweet was scheduled to hit the track 20th out of 26 cars in Flight B. Stopping the clock at 15.684 seconds, Sweet placed fourth overall in qualifying. The No.49 was slated to start outside the pole (in second) of Heat Race #4. With an 8-lap distance and the top two cars earning a spot in the Dash, Sweet knew he had to lock down a finish as least as good as his starting position. 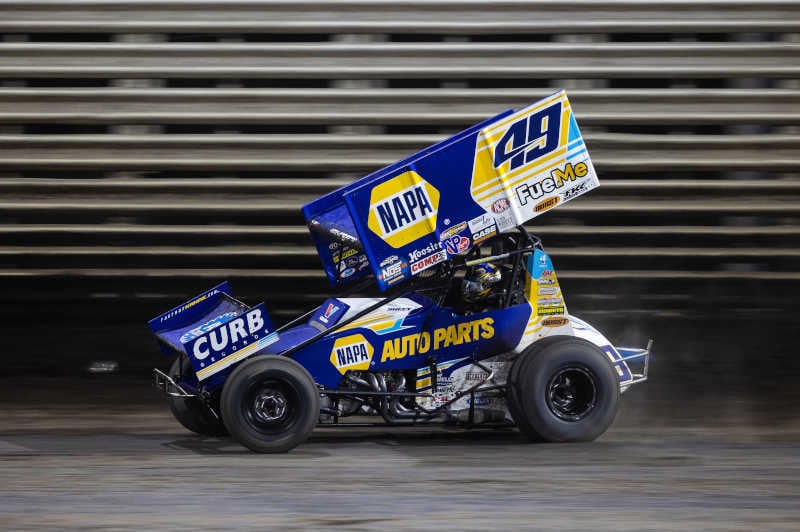 As the green flag gave way, Sweet had the pedal pegged to the floor. Immediately jumping to the high side, he gave it everything he had. The Big Cat was trying different lines across the racing surface and ultimately brought the No. 49 home in second, punching his ticket to the Fast Pass Dash. During the Dash draw, Sweet drew the number 5 and mentioned, “the NAPA AUTO PARTS car has felt pretty good all night.” 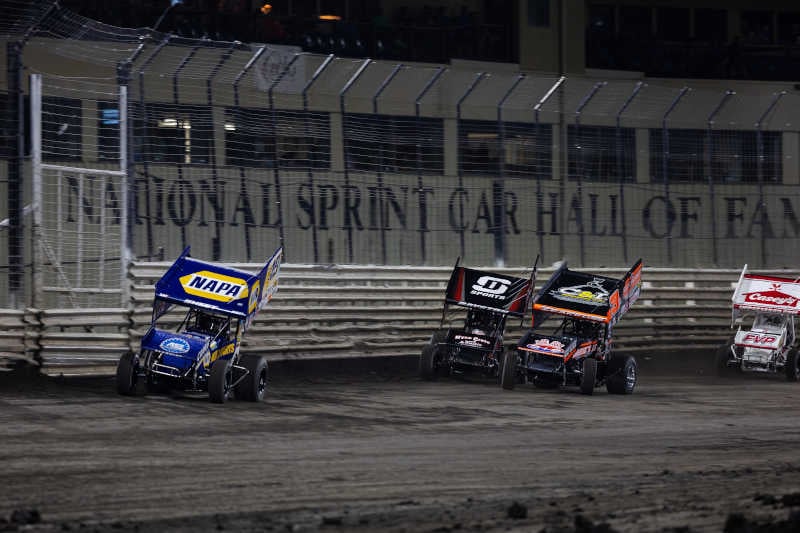 As the 6-lap Dash took place, Sweet got a better feel for the track as he advanced to 4=fourth, where he was scheduled to start for the 25-lap A-main. 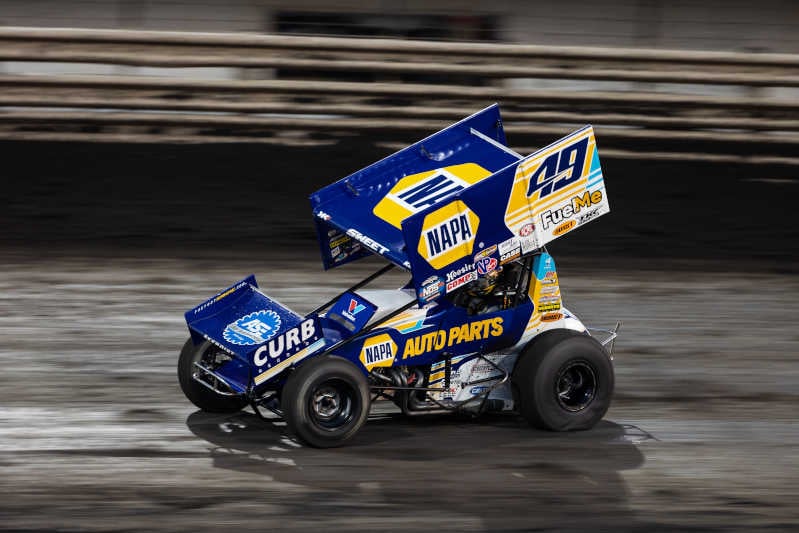 Off the start, Sweet showed intense speed and the flexibility to run the top or bottom line. The track surface was slick, with drivers trading multiple slide jobs back and forth. As a result of a late-race caution, a competitor slid in front of Sweet, taking the air off his wing and allowing another competitor to get by. Sweet officially brought the No. 49 home in sixth place. 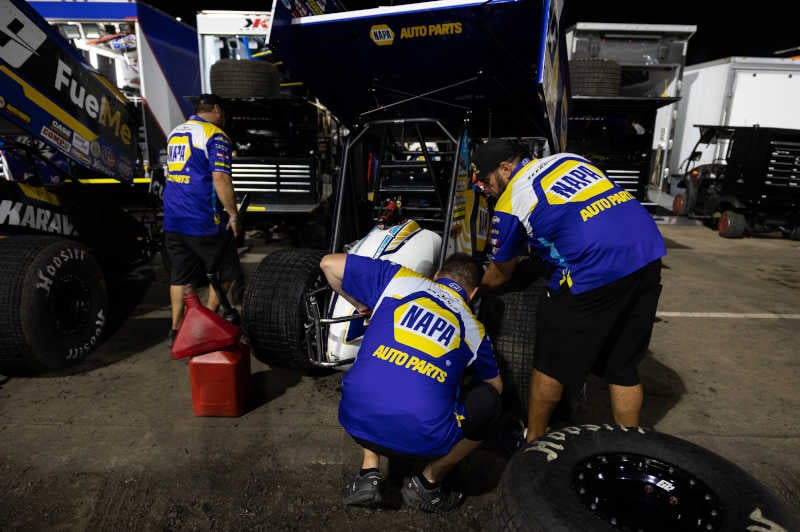 On Saturday, Sweet was scheduled to qualify first in Flight B out of 47 competitors. Hitting the charts at 15.707 seconds, he was fastest overall, which allowed him to start on the pole of Heat Race #3. As the flagman waved the green flag, the NAPA AUTO PARTS No.49 activated all 900 horsepower. The NAPA crew gave Sweet the perfect setup as he took home the heat race win. Cashing his ticket to the Fast Pass Dash, the Big Cat drew the second starting position. 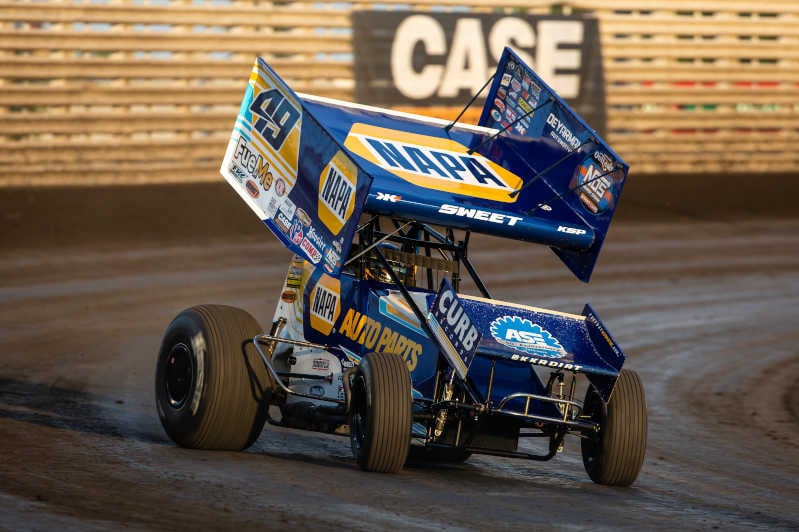 Jumping out to the early Dash lead, Sweet was hungry for the top spot. The Big Cat won the Fast Pass Dash with a 2.728-second lead over the field. Next up was the big dance. 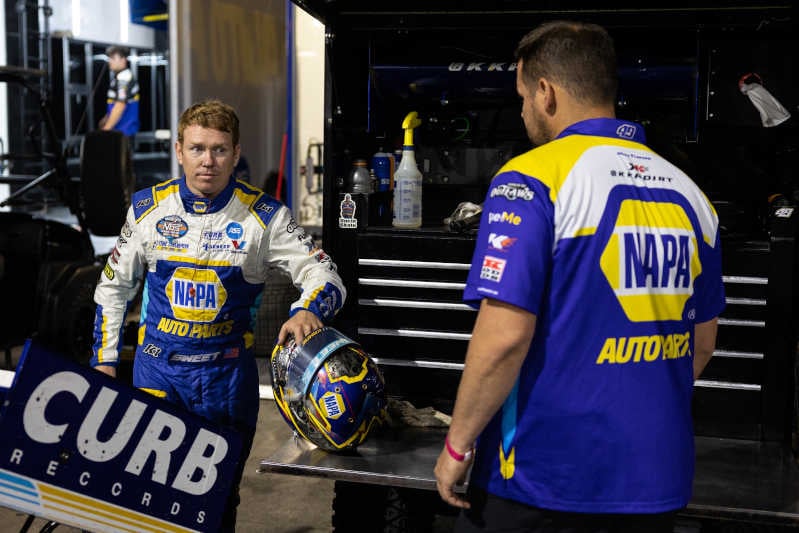 Starting on the pole of the A-main, the NAPA No.49 team was confident. Once again, Sweet jumped out to the early lead. A mid-race caution erased Sweet’s lead and brought competitors to a side-by-side restart. With 10 laps remaining, Sweet was passed for the lead and brought the NAPA AUTO PARTS No.49 home in second place. 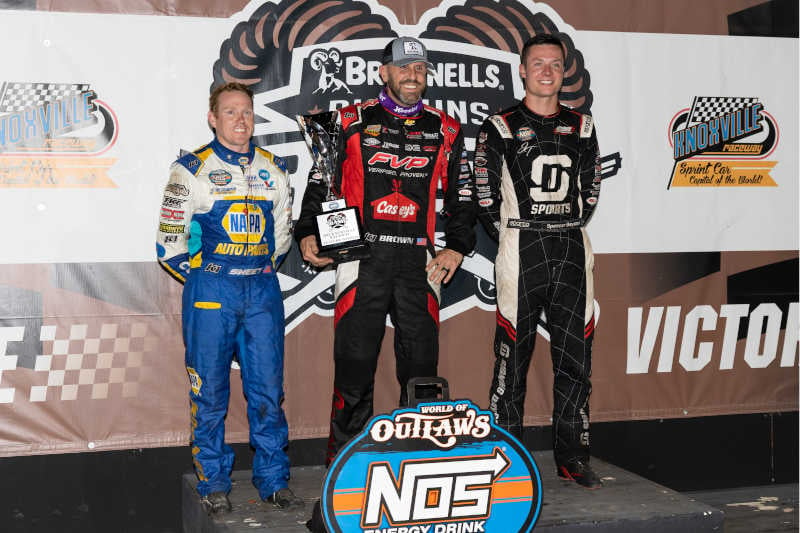 “This was the best we have felt at this track in a while, so I’m happy with second,” said No. 49 team Crew Chief Eric Prutzman.