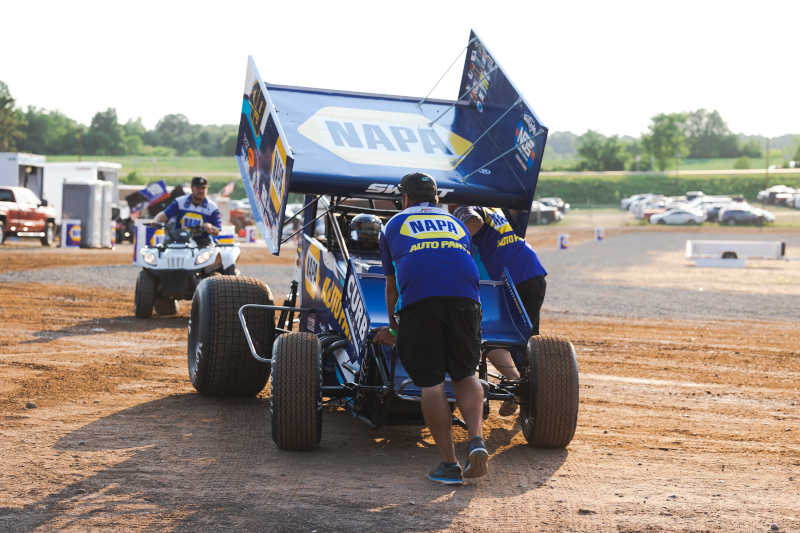 The Outlaws traveled to New Richmond, Wisconsin, for a two-day Independence Day Spectacular Friday and Saturday evening. With 29 cars in attendance on Friday night, Sweet went out last in the qualifying order, laying down a lap time of 11.953 seconds. That put the No. 49 11th quick overall. The NAPA AUTO PARTS, Kasey Kahne Racing (KKR) No. 49 started fourth in the second Drydene heat race and went onto finish second, transferring into the Fast Pass Dash. 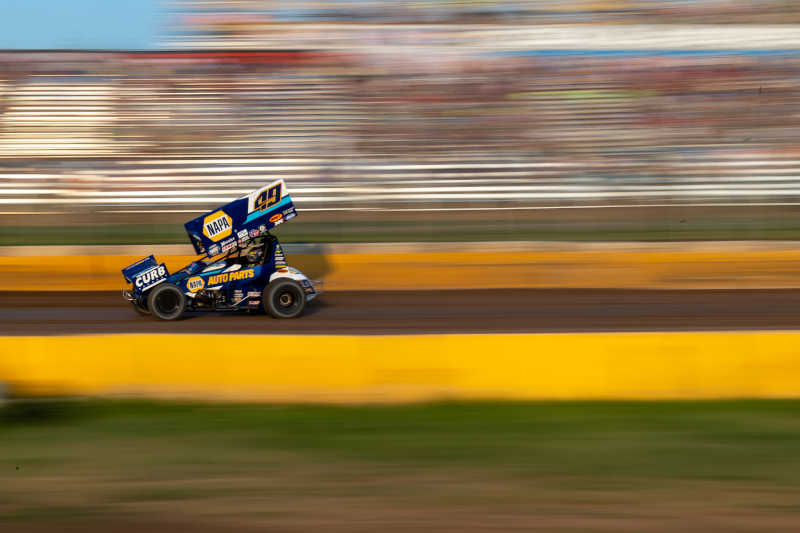 Sweet drew the four pill out of the NOS Energy Drink can for his Fast Pass Dash starting position. After eight laps around Cedar Lake Speedway and a great battle, the No. 49 found themselves finishing second. The Grass Valley, California, native started outside of the front row for the 35-lap main event and ran second for most of the race. A caution with two to go forced a green-white-checkered finish for the main event. Sweet slid Macedo into three and out of four with one lap to go and went on to claim his 11th World of Outlaws victory of the season. 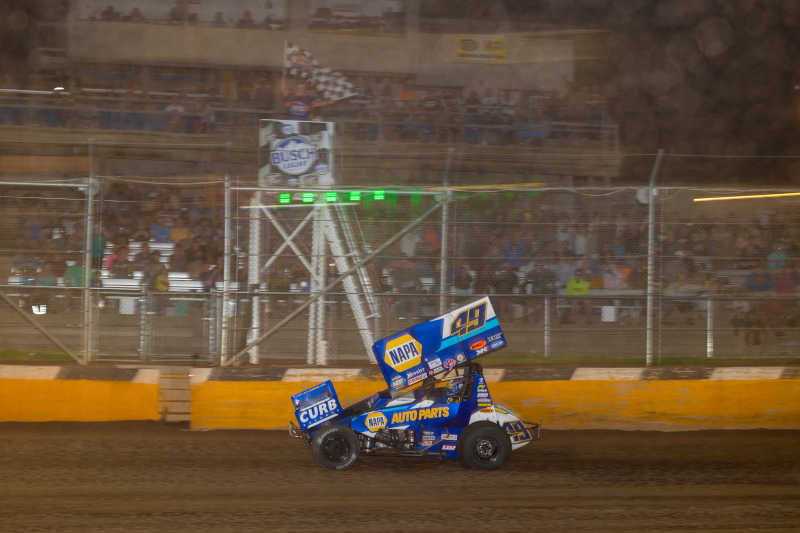 The No. 49 team unloaded Saturday looking to sweep the Independence Day Spectacular and claim their fifth consecutive victory at Cedar Lake Speedway. After a much better pill draw for the second night, Sweet found himself going out early in the 28-car qualifying order. The NAPA AUTO PARTS No. 49 stopped the clock at 11.240 seconds, claiming the team’s fourth Slick Woody’s QuickTime award of the season. That put the KKR team starting first in the ten-lap Drydene heat race. He went on to win his heat, transfering into the Fast Pass Dash for the second night in a row. 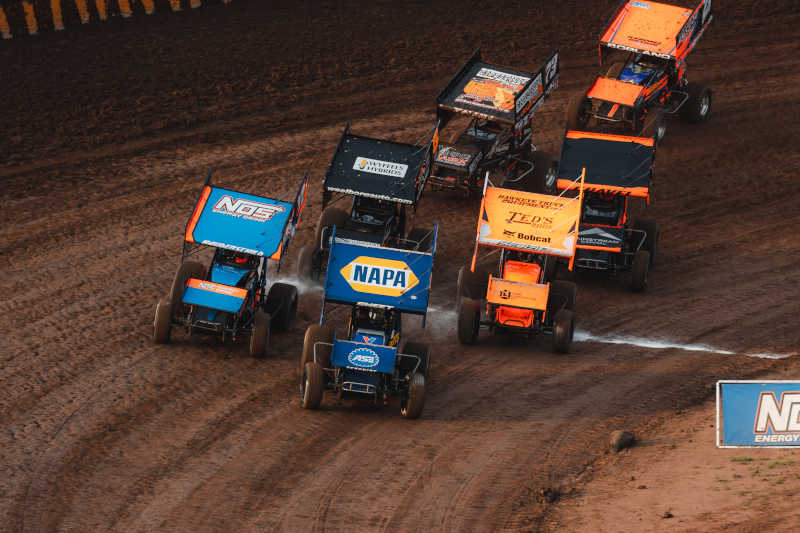 The 35-year-old drew the six pill for his Fast Pass Dash starting position. In the short, eight-lap dash, he finished fourth. The NAPA AUTO PARTS, KKR No. 49 rolled off fourth for the 35-lap main event. Sweet passed Reutzel for second on lap eight and then set his sights on Carson Macedo for the lead. Sweet drove around Macedo on lap 13, and then Macedo slid him back to reclaim the lead on lap 14. Sweet then closed the gap on Macedo in lapped traffic, reclaiming the lead on lap 21. Sweet pulled away to claim his 70th career World of Outlaws victory. 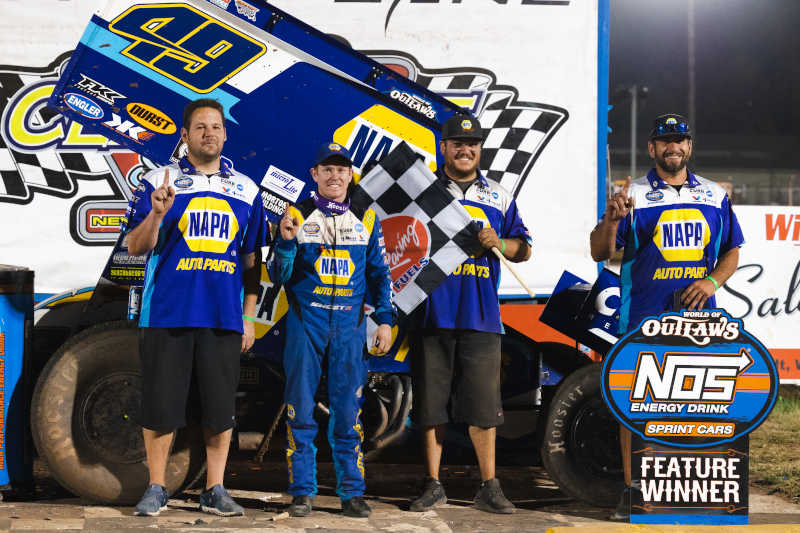 “Something about this place just suits my driving style and I have a lot of fun coming here. This win is for my cousin, who I lost unexpectedly earlier today.” Sweet said after an emotional win Friday night. 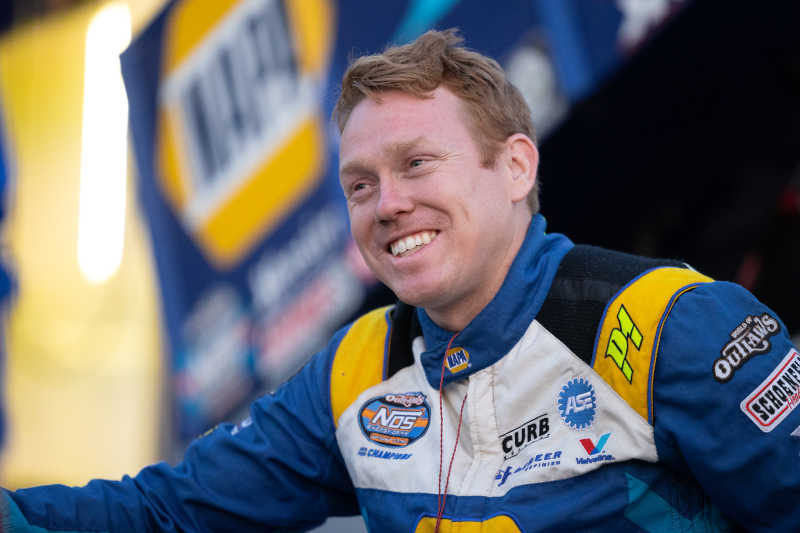 Looking ahead to next weekend, the World of Outlaws have only one race on the schedule. The No. 49 will travel to Wilmot, Wisconsin, to compete at Wilmot Raceway on Saturday. The KKR team is looking to have better luck at Wilmot this year after a disappointing run on the 3/8-mile oval in 2020.

Next Race: July 10, Wilmot Raceway, Wilmot, Wisconsin
How to Watch or Listen: www.dirtvision.com