Brad Sweet and the No. 49 NAPA AUTO PARTS team put on a dominating performance Saturday night at the Ironman 55, earning his first win at the iconic event and his fifth-career win at I-55 Raceway. 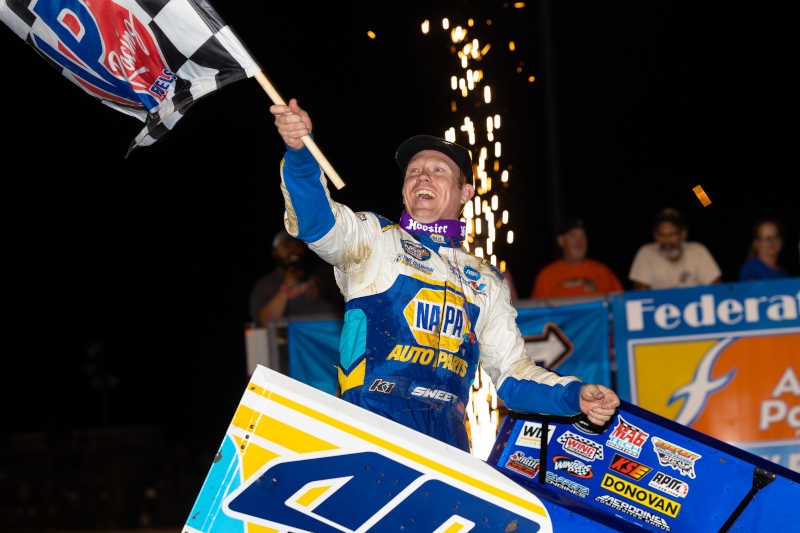 The weekend double-header at the high-banked, 1/3-mile raceway in Pevely, MO, began with the Night Before the Ironman on Friday. With 39 cars checked in for competition, Sweet was set to qualify 13th in Flight B. Sweet set the quick time for the session, slating the NAPA driver to start first in Heat Race 3. 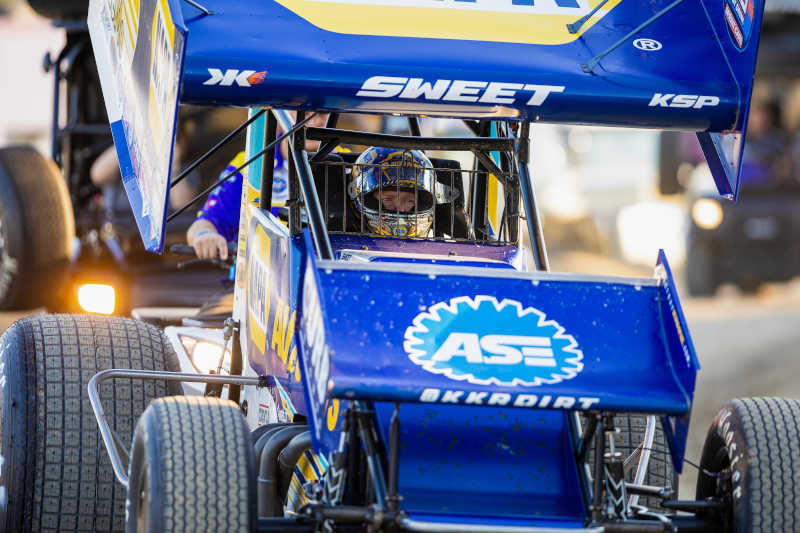 As the flagman signaled to go green, the NAPA AUTO PARTS No.49 was a rocket, and Sweet quickly jumped out to the early lead. After two laps, he began to extend his advantage over second, leading him to the heat race win and advancing him to the Fast Pass Dash. Sweet drew the second starting pill for six-lap dash. When the green flag waved on the dash, Sweet again jumped out to the early lead. The Big Cat remained out front, bringing home the Fast Pass Dash win. Sweet was slated to start on the pole for the 30-lap main event on the high-banked oval. 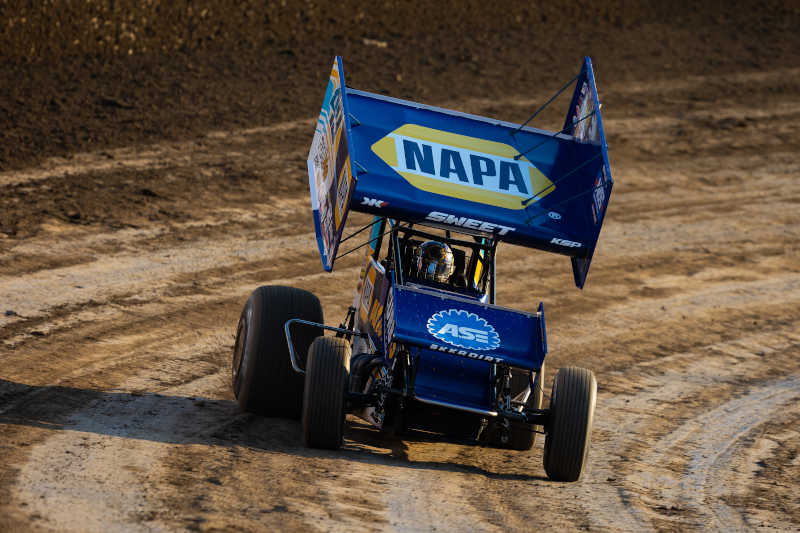 The caution lights went out on the feature event and the field took the green flag. Maintaining the lead, Sweet quickly looked to extend his advantage over second. As they caught lapped traffic, the No. 49 maneuvered around slower competitors. In the final laps, Sweet had a more than three-second lead over second place. One slower, lapped car would change all of that; Sweet went for the pass but the competitor quickly tried to reclaim his position. On the last lap, the No. 49 made another attempt. This time, the slower car slid right up in front of him, causing him to brake hard and allowing the second-place runner to take advantage. The No. 49 came home in second place. 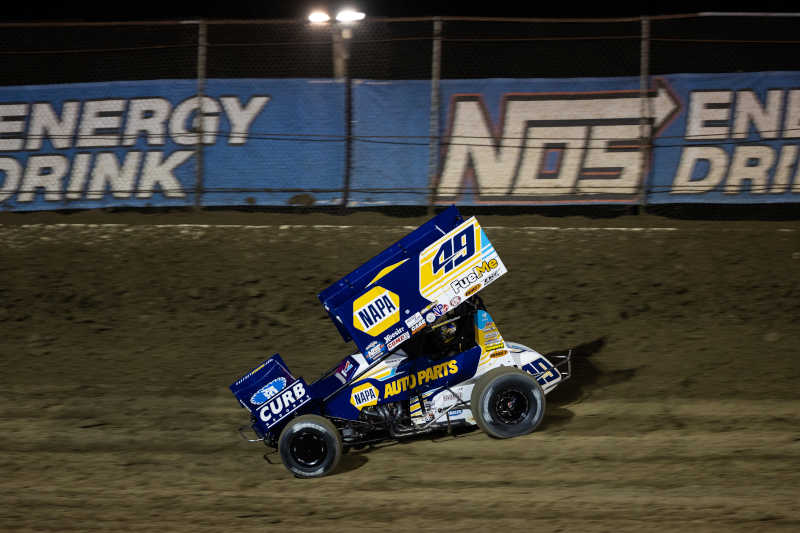 On Saturday, the team looked to hit the reset button and improve by one spot in the Ironman 55. With 38 cars signed into competition, the Big Cat was scheduled to qualify 16th. Sweet hit the charts at 10.748 seconds, placing him sixth in Flight A. He was then slated to start third in Heat Race 2. At the start, the field took off, and the No. 49 jumped to the high side while passing for second. Finishing second, Sweet punched his ticket to the Fast Pass Dash and again drew the second starting position for the six-lap sprint. 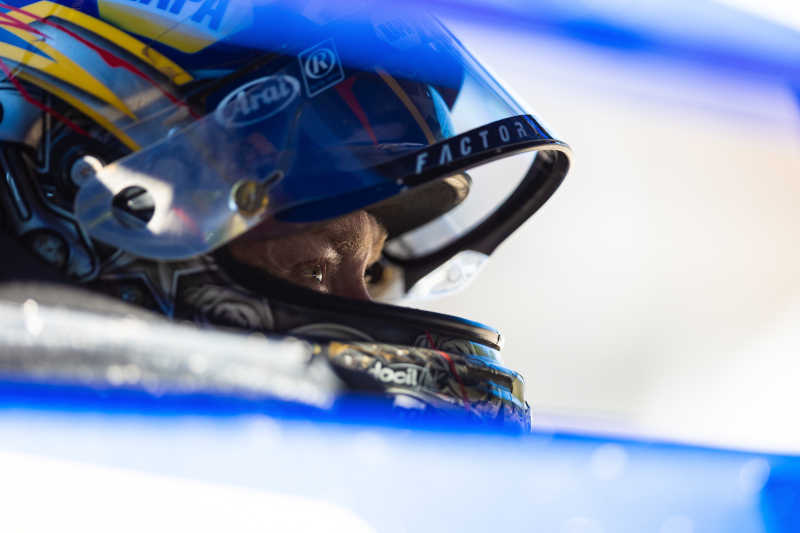 At the drop of the green, the NAPA AUTO PARTS No.49 jumped to the high side, launching him around the corner and into the lead. Holding the strong lead, Sweet took the checkered for the Fast Pass Dash win. This put the the No.49 on the pole of the grueling, 55-lap main event. 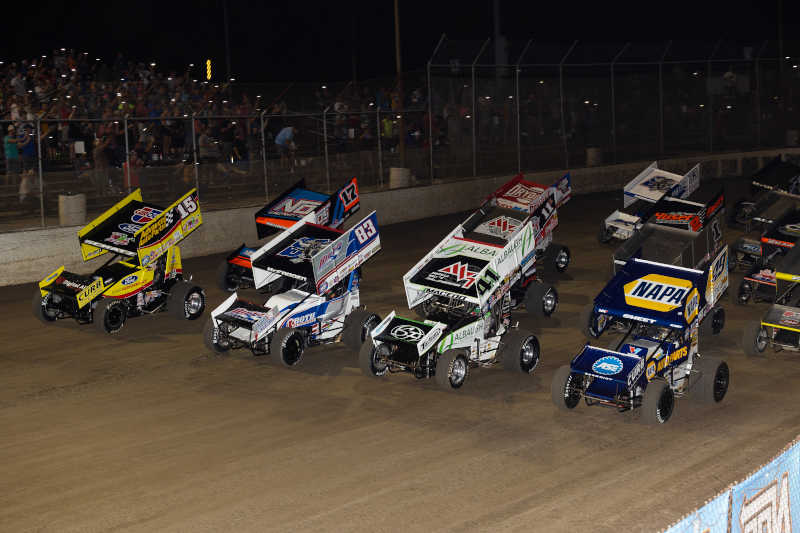 When the feature went green, Sweet went down low to protect the bottom line, then quickly moved up top. Once on the high line, there was no stopping him. The NAPA AUTO PARTS crew had given Sweet the perfect setup, allowing him to extend his lead drastically. No other competitors could match the package the No.49 team had brought to the feature. With a several-second lead, Sweet crossed the checkers, picking up the win and claiming his first Ironman title. 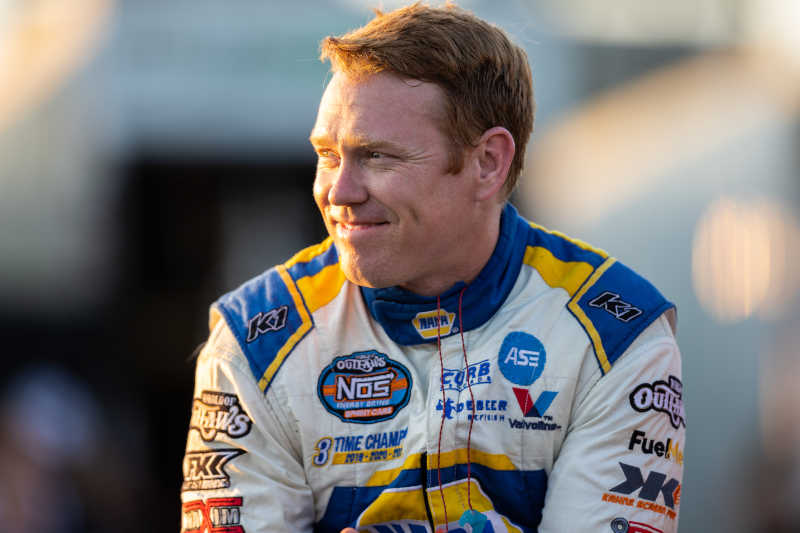 After leaving I-55 Raceway, the No. 49 team headed straight for Knoxville Raceway in Knoxville, IA, to race the Capitani Classic. With 69 cars in attendance, Sweet was set to qualify 21st in Group B. Stopping the clock at 16.118 seconds, the No.49 qualified second in Group B. With an invert of 4, this slated Sweet to start fourth in Heat Race 5. As the field came to the green, Sweet charged to the bottom. Holding the bottom line, he managed to pass for third but wasn’t done there. With two laps to go, Sweet passed his car owner, Kasey Kahne, for second, where he finished. Next up was the A-main, where the NAPA AUTO PARTS No.49 was slated to start seventh. 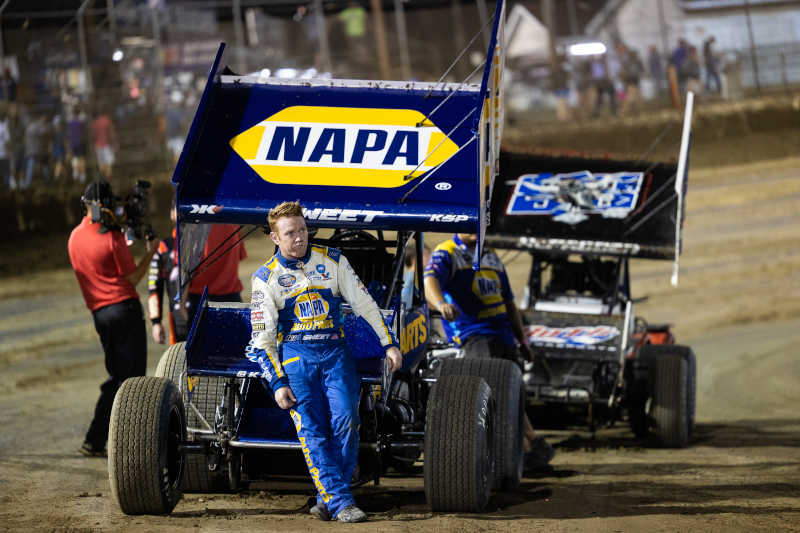 As the feature went green, drivers battled for the front spots. Sweet was searching for multiple lines and maneuvering through traffic to the best of his ability. After 25 tough laps, Sweet brought the No. 49 home in fourth place.

“I felt like the car was just a bit too tight, but overall felt good heading into the week,” said Sweet, who carries the World of Outlaws points lead into the prestigious Knoxville Nationals.