Chase Elliott battled through a tough handling condition on his No. 9 Chevrolet Camaro ZL1 to earn an 11th-place finish in Sunday’s 200-lap NASCAR Cup Series race at Michigan International Speedway. The 26-year-old driver continues to lead the point standings with just three races left in the regular season. 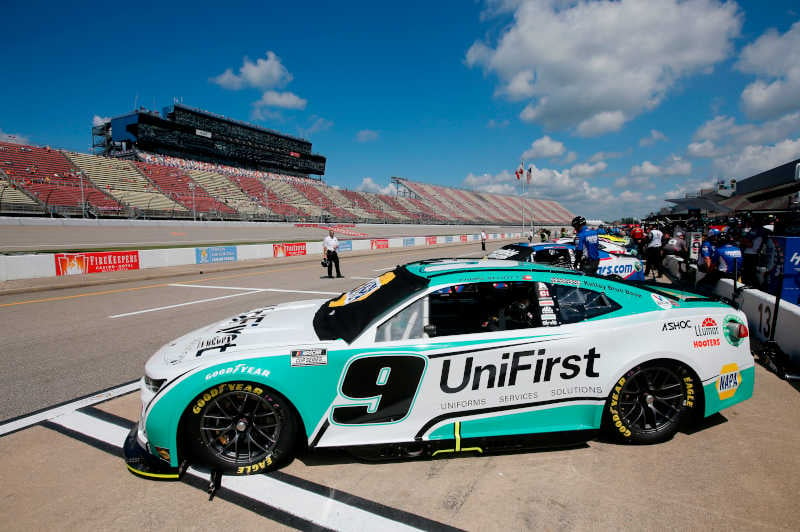 Elliott rolled off the grid from the 13th position and was shuffled back to 21st in the opening laps but worked his way up to 18th before the competition caution came out on lap 20. He radioed to his UniFirst team that his No. 9 Chevrolet Camaro ZL1 got tighter center off as the run went on. Crew chief Alan Gustafson called Elliott in for four tires and fuel. Restarting in 29th, he improved his position to 24th before a multi-car incident slowed the race on lap 26. Elliott narrowly avoided getting collected in the chaos and only sustained a small dent high up on the nose of his Chevrolet. Once the race was back underway, Elliott powered his way to 16th and gained one more spot to end the 45-lap first stage 15th. 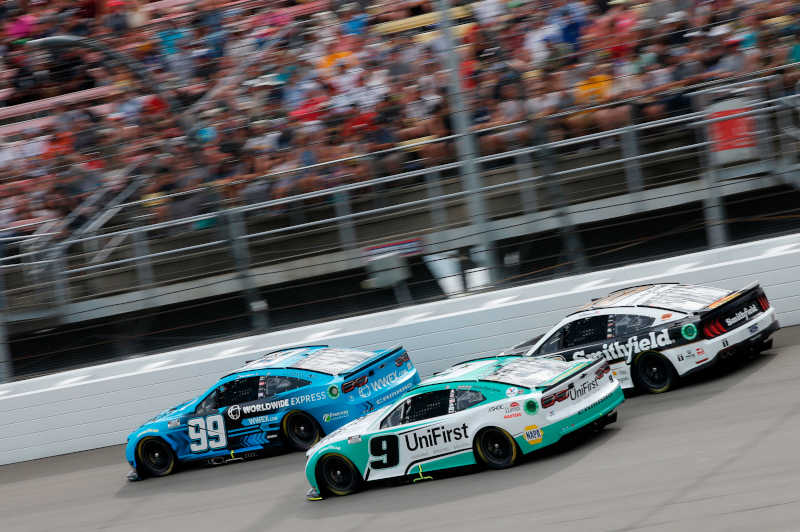 During the stage break, the 26-year-old driver brought his UniFirst Chevrolet to pit road for four tires, fuel and an air-pressure adjustment. Lining up 21st for the start of stage two, he pressed forward, steadily gaining ground. Elliott moved into the 15th position on lap 81 and was up to 13th as green-flag stops ensued. The Hendrick Motorsports driver stayed out on the track for several laps before pitting from the fourth position on lap 96. The team gave the No. 9 four fresh tires and fuel, but an issue on the right side made for a longer stop. Once Elliott was back out on the track, the caution flag waved for an on-track incident. Elliott was trapped one lap down but took the wave around to get back on the lead lap for the restart on lap 106. Once back under green, it didn’t take long for another incident to bring out the yellow flag. This time, the team took the opportunity to top off on fuel before Elliott restarted inside the top 20. He was up to 15th on lap 117 before taking the green-and-white checkered flag in 16th to close out the second stage. 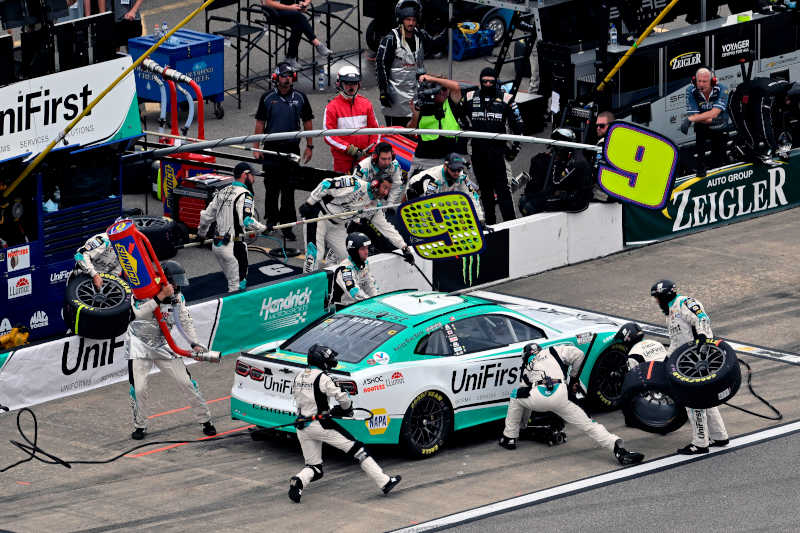 After bringing the UniFirst Chevrolet to the attention of his pit crew for four tires and fuel, Elliott took the green flag for the final stage from the 21st position on lap 127. He was up to 16th before teams started making green flag pit stops. Elliott was still on the track and running in the 13th position when a multi-car incident brought out the caution on lap 159. Still needing to pit, the team made a fast stop for four tires, fuel and a chassis adjustment to try to help a tight handling condition that continued to plague the UniFirst Chevrolet. Elliott chose the outside line to restart eighth with just 35 laps to go. He advanced as high as seventh and remained inside the top 10 for several laps before ultimately taking the checkered flag in 11th. 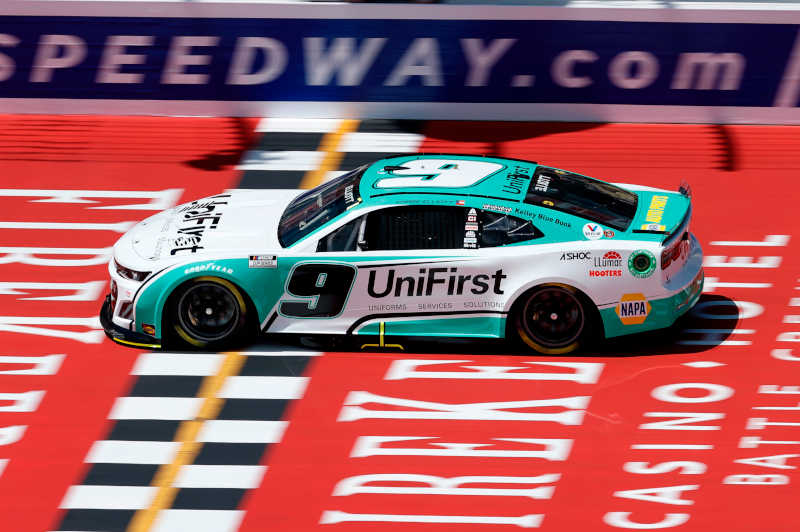 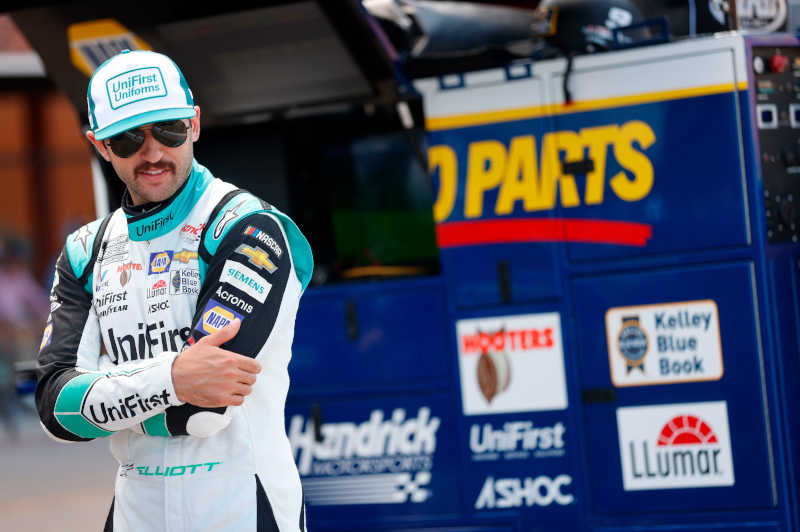 Next Race: Sunday, August 14, Richmond Raceway
How to Watch or Listen: 3 p.m. ET on USA Network, MRN and SiriusXM