Brad Sweet and the No. 49 NAPA AUTO PARTS sprint car team traveled to Mechanicsburg, PA, as the World of Outlaws Sprint Car Series visited Williams Grove Speedway for the 60th National Open. The historic, half-mile track, which opened in 1939, has long been known for its unique layout, with long straights and tight corners. Sweet entered the weekend looking to extend his championship points lead, but weather shortened the first night’s feature race, and officials postponed the second night’s events. 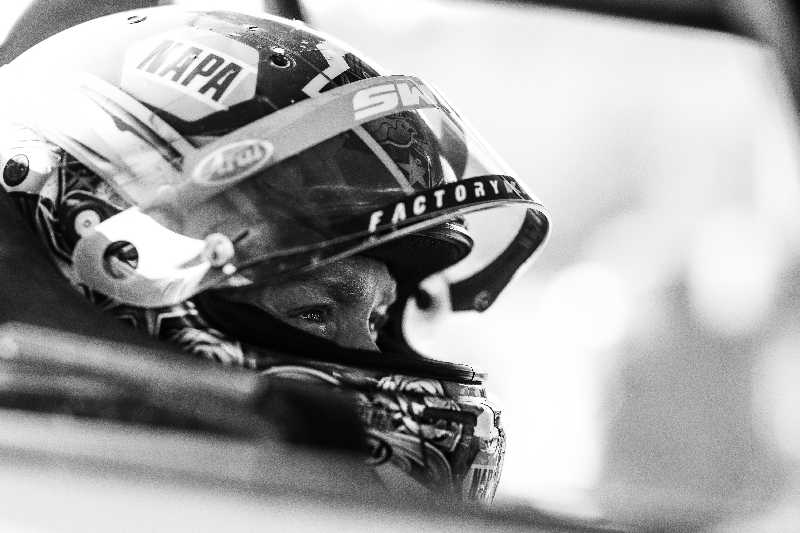 With 51 cars signed in to competition Friday, Sweet was set to qualify eighth in Flight B. A lap time of 16.739 seconds placed the NAPA driver fourth in his flight, lining him up for a P2 start in Heat Race 4. When the green flag waved on the heat race, Sweet held the second spot heading into turns 1 and 2. From there, he held the line for eight laps and crossed the checkers in second, locking himself into the Fast Pass Dash. 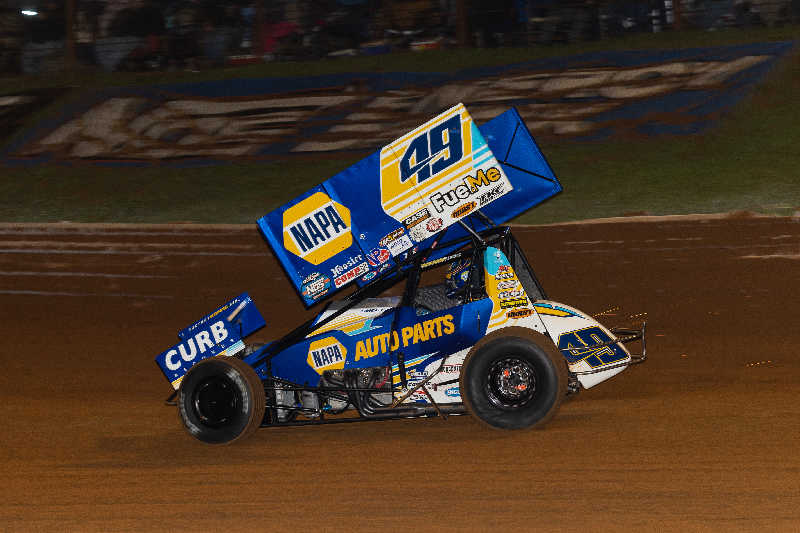 Officials knew a rain cell was headed straight for the track, so drivers were quickly summoned to the command center to draw starting positions for the dash. Sweet drew the #8 and lined up eighth for the start of the six-lap race that would set the field for the feature. When the dash went green, Sweet went to the top in turns 1 and 2 before moving back down low in 3 and 4, where he passed for seventh. Hoping to find an advantage and the momentum to take sixth, the Big Cat hunted multiple lines before ultimately finishing in seventh. 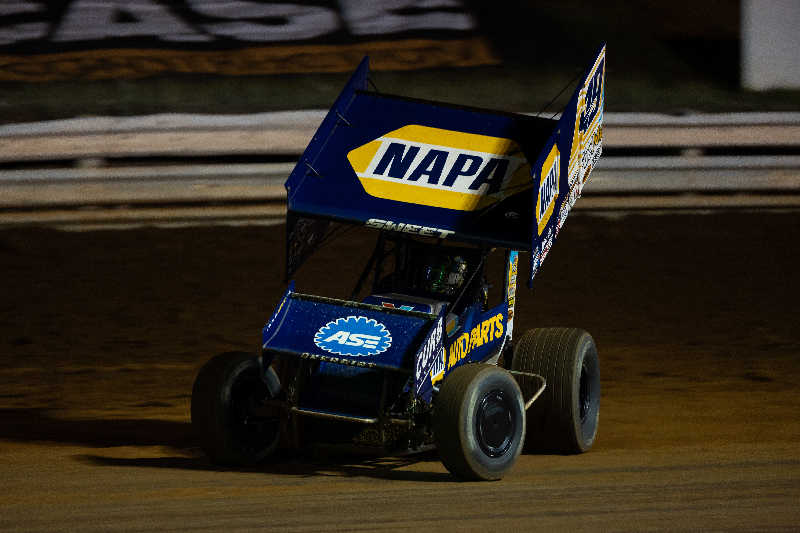 The No. 49 team was geared up to start seventh in the 25-lap feature race. The field lined up side by side, and the green flag dropped. From the start, light rain began to fall. Sweet held his line and closed on sixth-place runner Jacob Allen. As the No. 49 lined up to make the pass, the caution flag flew due to rain. During the delay, the rain stopped, allowing the trucks to go out to run the surface in. 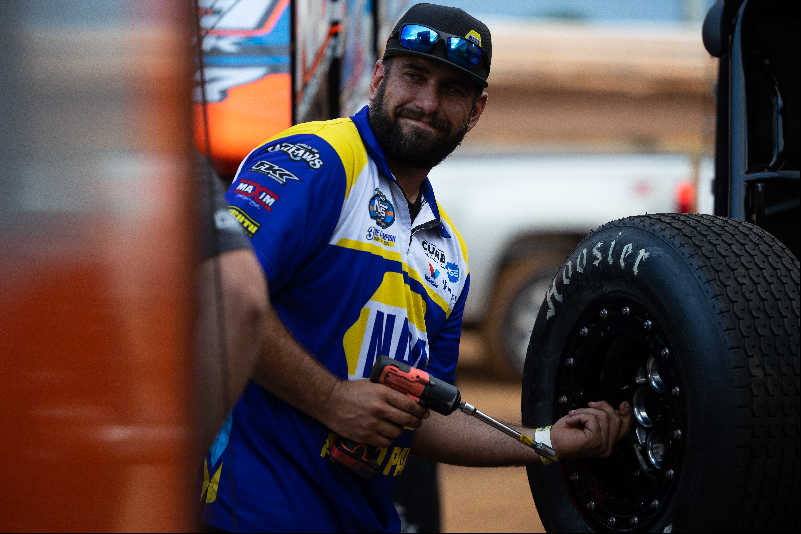 After the restart, Sweet returned to stalking Allen, planning his pass. Competitor Brent Marks then flipped out of the track, bringing out the red flag. Marks was okay, but drivers warned officials that the track was too wet to race. After an open red, continuing rainfall and no improvement in sight on weather radar, Outlaw officials deemed the race “complete.” Sweet was credited with a sixth-place finish. 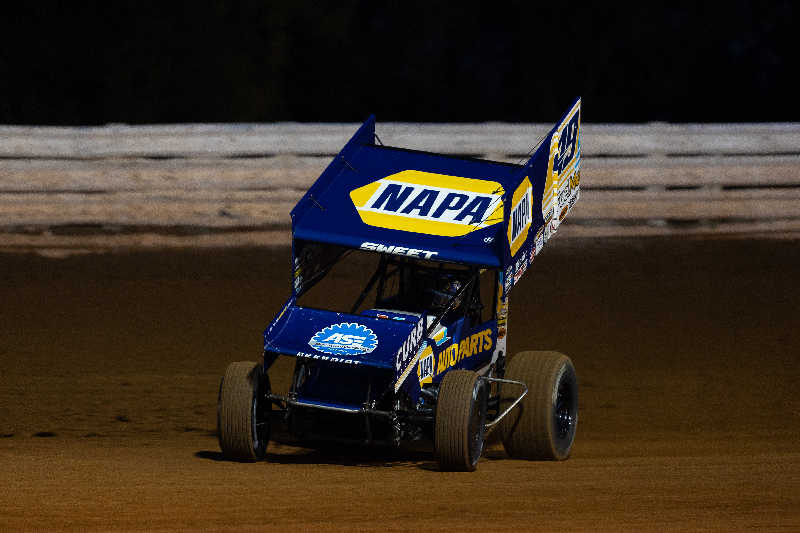 Saturday night’s portion of the $75,000-to-win National Open was postponed due to the weather. The Outlaws will return to Williams Grove Speedway October 22 to finish the event. Next up for the series is the Nittany Showdown at Port Royal Speedway on Friday, October 7 and Saturday, October 8.