Ron Capps’ success in NHRA Funny Car competition continued with another final-round appearance Sunday during the NHRA Midwest Nationals at World Wide Technology Raceway. The two-time and defending world champion took runner-up honors to points leader Robert Hight, holding on to the No. 2 spot in points with just three races left in the Countdown to the Championship. 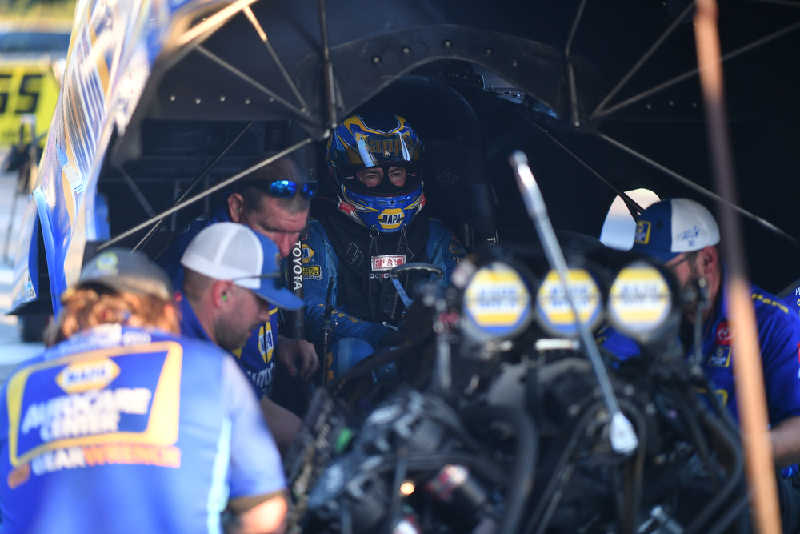 Capps in his NAPA AUTO PARTS Toyota GR Supra struggled in Friday’s lone qualifying session, but co-crew chiefs Dean ‘Guido’ Antonelli and John Medlen bounced back on Saturday. Capps powered to low E.T. of both sessions, collecting the maximum of six bonus points for the day. His 3.863 E.T. at 331.94 mph was good for the No. 3 spot, setting up a first-round race with Daniel Wilkerson. 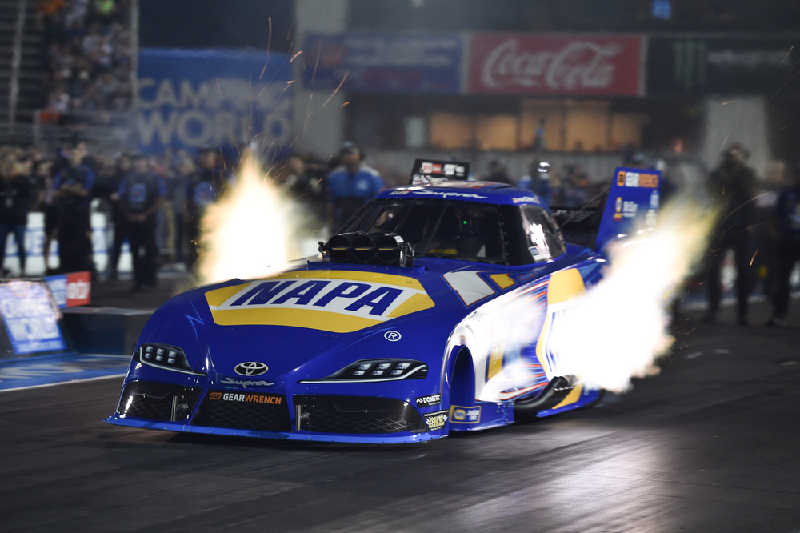 Capps’ road to the final round started with a solid 3.938-second pass to knock out Wilkerson. Capps then squared off against another two-time world champion, Cruz Pedregon, using a 3.927 at 328.30 mph to beat Pedregon and his 3.938 E.T. in a side-by-side race in the second round. In the semifinals, Capps lined up against John Force, the only Funny Car pilot who has collected more wins than Capps, for the 120th time. Capps got the win, firing off a booming 3.884-second at 332.02-mph pass that stood for low E.T. of race day. 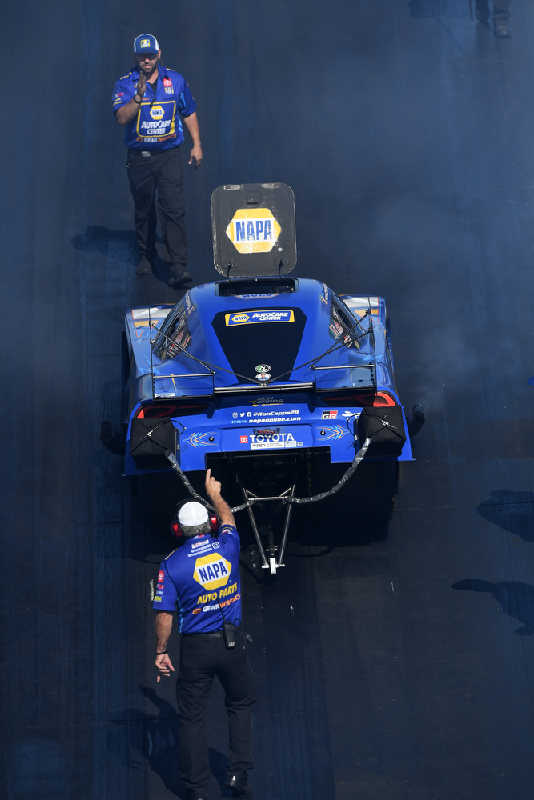 In a final-round battle between two of the front-running championship contenders, Capps and the NAPA AUTO PARTS Toyota GR Supra made a quicker pass than Hight, a 3.908 at 330.47, but Hight left the starting line first and turned on the win light with a 3.911. It was the 12th time the two California natives have squared off in a final round, and Capps’ fourth final in the last five races. 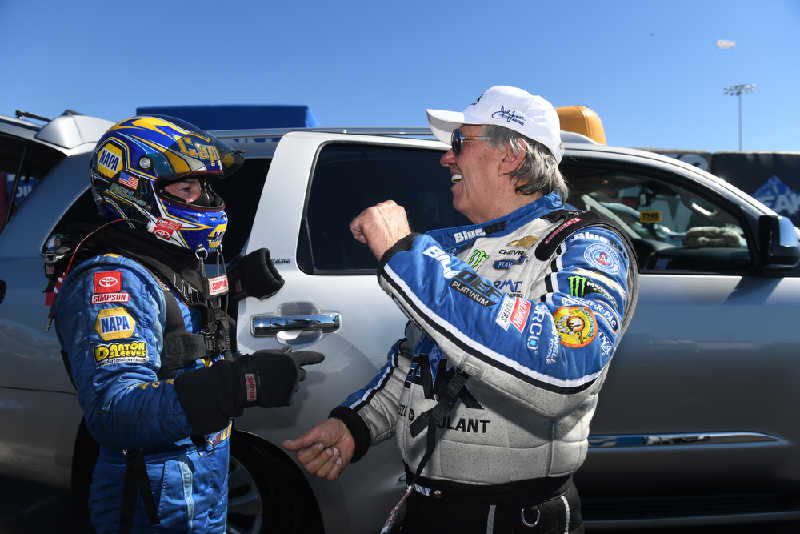 “Man, what a day,” Capps said. “The competition just ratchets higher and higher with every race in these playoffs. Three races under our belt in the Countdown, and its bittersweet right now as we talk Sunday night because you get put into those positions in the final round like that, and those are the moments you’ve got to rise to. We had a great run in the final. I was trying to hang on to the car and keep it in the middle and I think that’s probably what cost us. Hight’s team did a great job and that’s what it’s going to continue to be at these last three races as we battle it out. They’re going to be tough; that’s the reason they’re leading the points.” 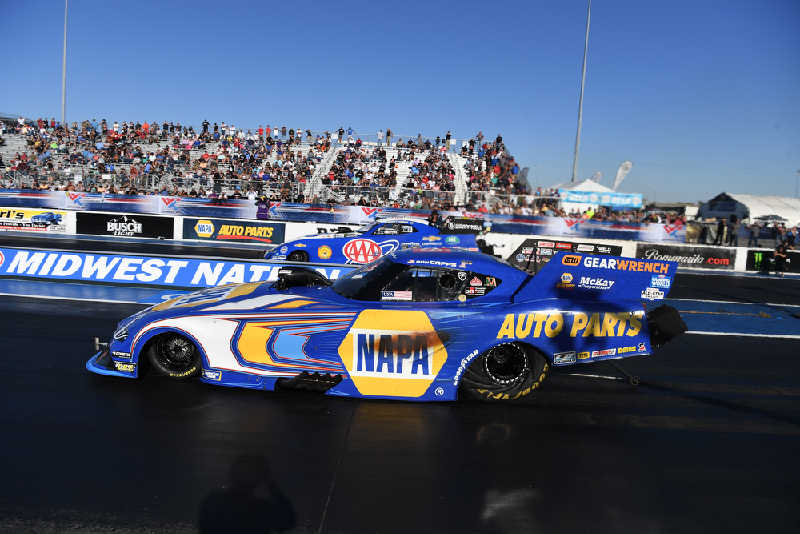 Capps is the winningest Funny Car driver at World Wide Technology Raceway with four wins at the St. Louis facility. The veteran driver and rookie team owner was hoping to add to that tally, but he appreciates the late-round finish and the effort it took to get there. 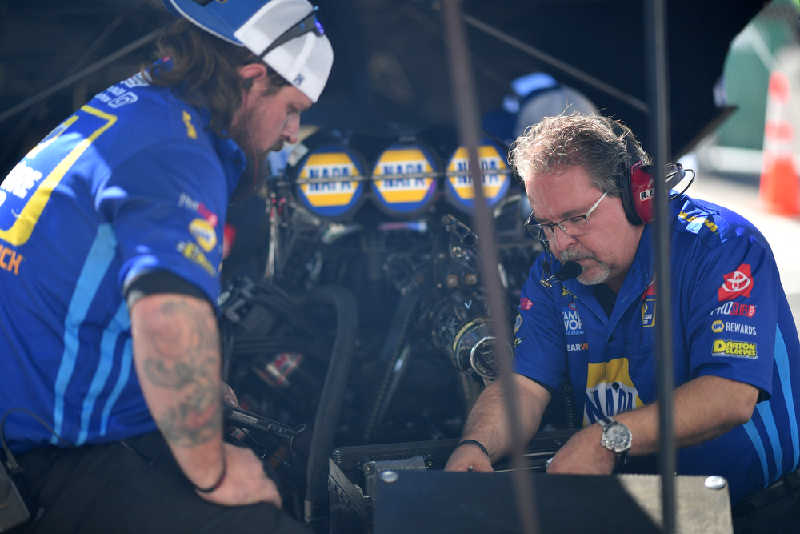 “Our NAPA AutoCare team, what a bounce back after Friday night,” Capps said. “There was no panic, everyone just went up and did their thing and we collected those bonus points and ended up No. 3 and of course, today was not easy. Everyone was throwing their shots at us, and there’s a reason there’s a No. 1 on this car and we’re the defending champions. So, Guido and Medlen, just a great job and it’s very encouraging to go to the next race in Dallas with such a great Toyota Supra and see if we can’t repeat what we did there last year and steal the trophy there as well.” 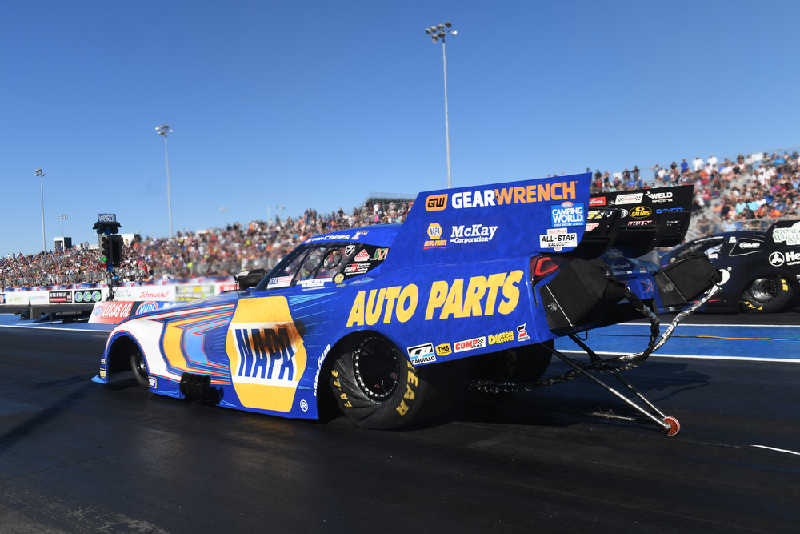 Capps and the Ron Capps Motorsports Funny Car team will continue their fight for Capps’ third world championship and first as a team owner in two weeks when the NHRA Camping World Series heads to the Texas Motorplex in Ennis for the Texas NHRA FallNationals, Oct. 14 – 16.