Gas and diesel are currently the two most common types of vehicle fuel. Both are fossil fuels, which are distilled from crude oil drilled from the earth. Due to growing awareness around environmental issues, alternative fuel vehicles are becoming more popular among car buyers, as they’re powered by sources other than gas and diesel and don’t have a standard combustion engine. 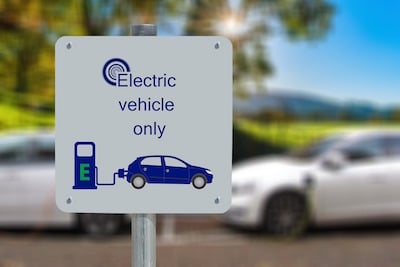 Battery electric vehicles (BEVs) employ electricity as a power source, using a rechargeable battery to provide energy to an electric motor. BEVs don’t create the harmful emissions that gas-powered combustion engines do. For this reason, they’re prized by drivers who care about the environment.

With their silent, clean power delivery, BEVs seem like science fiction, but they’re not that new. BEVs made their debut in the 1800s, and according to the Department of Energy, they were embraced by drivers who saw them as a quieter, cleaner alternative to the gas- and steam-powered vehicles that ruled the roads at that time. By the dawn of the 1900s, a third of all vehicles on the road were BEVs.

Over the years, the discovery of cheap crude oil in Texas boosted the popularity of gas-powered vehicles, and BEVs fell out of favor. By 1935, BEVs had all but vanished from the roads.

Growing environmental concerns brought BEVs back into the spotlight in the 2010s. Many view them as the inevitable next step for an automotive industry that has made sustainability one of its key targets.

Fuel cell electric vehicles (FCEVs) are powered by hydrogen, which is stored in a tank on the vehicle. Each FCEV contains a fuel cell that converts this hydrogen to electricity. As with BEVs, FCEVs produce no harmful tailpipe emissions.

According to Fuel Cell Today, chemist William Grove is credited with inventing the fuel cell in 1839. Over the years, the technology has been used in a variety of industries. NASA used fuel cells in the 1960s space missions, and the U.S. Navy used this innovation in its submarines during the 1980s.

In the late 2000s, modern FCEVs were introduced. Today, FCEVs represent a tiny portion of the market in comparison to BEVs. This stems largely from a lack of infrastructure; hydrogen fueling stations are still relatively rare.

Hybrid vehicles rely on both gas and electricity for power and typically offer better fuel efficiency and fewer tailpipe emissions than gas-powered cars. Hybrid powertrains feature an electric motor, a battery and a combustion engine.

This technology first emerged in the late 1800s, but the hybrid’s modern era began with the launch of the Toyota Prius more than 20 years ago. Today, hybrids are the most widely available type of alternative fuel vehicle.

All of these vehicles have one thing in common: They provide transportation that’s cleaner and greener than the standard gas-only hauler. Although they’ve been around for a lot longer than you’d think, the future of alternative fuel vehicles might prove to be even longer.

Check out all the batteries available on NAPA Online or trust one of our 17,000 NAPA AutoCare locations for routine maintenance and repairs. For more information on alternative fuel vehicles, chat with a knowledgeable expert at your local NAPA AUTO PARTS store.

NAPA Know How Blog The History of Alternative Fuel Vehicles