Funny cars hold a special place in the annals of drag racing. From their origins as crowd-pleasers in the 1960s to their current status among quickest straight-line machines on the planet, funny car drivers and the teams behind them are central to the culture of the National Hot Rod Association (NHRA).

Where did funny cars come from, and how did they get to where they are today? Let’s take a quick look at the history of these mega machines. 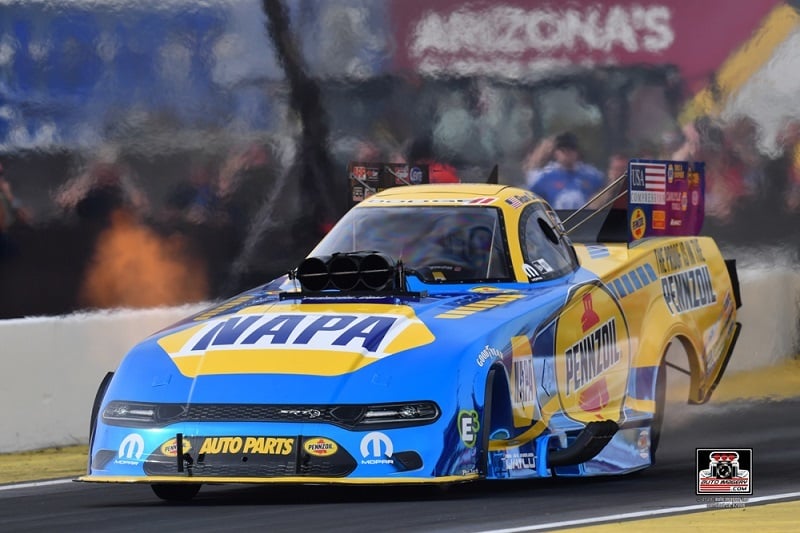 “Funny” refers to the unusual wheelbases that some drag racers began to run in the mid-’60s. Also known as altered wheelbase cars, these designs were intended to better harness the power generated by nitromethane in the Top Fuel classes by shifting the vehicle’s center of gravity to the rear of the chassis. These drivetrains eventually stepped outside of traditional dragster designs and featured full bodies.

Funny-looking cars weren’t initially embraced by the drag-racing community at large, which stuck to the traditions established by the Super Stock classes, out of which the first funny cars originated. Significantly shorter than a Top Fuel dragster (and currently less than half as long as their 300-inch wheelbase), the proportions of these early competitors were funny indeed, with much experimentation throughout the remainder of the decade. Eventually, this led to the pop-up fiberglass bodies still in use today.

By 1969, the NHRA created an official Funny Car class in Top Fuel, and it’s here that the class really began to take off. Speed records were shattered with cars blazing under seven seconds through the quarter mile and cresting over 200 mph trap speeds.

As Top Fuel dragsters swapped to a rear-engine design, funny cars kept the engine in its original position, further separating the two classes. Famous drivers Shirley Muldowney, Connie Kalitta, Ed “The Ace” McCulloch and Don Prudhomme played a huge role in building the division throughout the 1970s. Once the ’80s rolled around, Kenny Bernstein and John Force rose to legend status, as well.

Still Putting on a Show

Throughout the ’90s, funny cars started to knock on the door of 300 mph and new heroes — Tony and Cruz Pedregon and Ron Capps — joined the resilient John Force on the podium. In the modern era, these cars are capable of besting 330 mph regularly and have turned in sub-four-second passes on the thousand-foot tracks (newly shortened for safety’s sake).

No other spectacle in racing is more intense or exciting than witnessing the explosive 10,000+ horsepower run of a Top Fuel funny car. The draw of these incredible nitro competitors is just as strong today as it was when they first took over the drag-racing scene 60 years ago.

Check out all the performance parts available on NAPA Online or trust one of our 17,000 NAPA AutoCare locations for routine maintenance and repairs. For more information on the history of funny cars, chat with a knowledgeable expert at your local NAPA AUTO PARTS store.

NAPA Know How Blog The History of Funny Cars