At its core, the internal combustion engine is still the same as it’s ever been, using pistons and valves to convert the explosive power of liquid fuel into motive power for a vehicle. Still, a myriad of little changes have made the modern engine nearly unrecognizable and unmatched by engines of old. To keep these marvels of engineering running, modern engine maintenance requires an entirely new mindset.

Pros and Cons of Engine Evolution 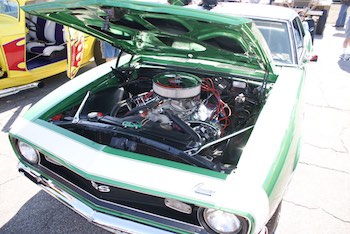 Let’s start by examining the differences between old and new engines. For instance, compare the V8 in the 1969 Chevrolet Camaro SS with the 3-cylinder Nissan engine that was built for the 2014 24 Hours of Le Mans.

The ’69 Camaro SS L78 was powered by eight cylinders, displacing a monstrous 6.5 liters (396 cubic inches). The secret to its power was basically to throw as much fuel as possible, which is effective for producing 375 horsepower (hp), if not efficient — fuel economy is something to the tune of 12 miles per gallon (mpg).

Nissan never released fuel economy numbers for the DIG-T R, but it’s safe to say cruising fuel economy would be exceptional. The 2017 Ford Escape, a 1.5-liter CUV, gets double the fuel economy of the ’69 Camaro. The 2011 Honda CR-Z, a 1.5-liter hatchback, gets triple!

Similar feats of increased horsepower and fuel economy are seen across the entire automotive spectrum, from economy cars to sports cars and trucks, but there’s a trade-off. The only way to achieve these numbers is with advanced engineering, which brings with it a slew of specialized maintenance tasks that would leave a classic Camaro mechanic scratching his head in ’69.

One of the biggest enemies to the modern engine is heat, especially when generated by turbochargers and superchargers. To stand up to the rigors of modern engines, new lubricants, fluids and other components, such as full synthetic motor oil like Valvoline Modern Engine and iridium-tipped spark plugs, have been designed to flow smoother and last longer. Clearly, the way engines are now made requires an entirely new approach to maintenance.

At worst, using old lubricants in a new engine can reduce component lifetimes. If the engine calls for full-synthetic oil, you won’t immediately damage it by using conventional oil, but making a habit of it might shorten the life of your engine. If the engine calls for iridium spark plugs, it may not even function with copper spark plugs. At best, you’ll end up changing them more often.

The evolution of engine design in recent decades has ushered in a new age of maintenance — one that privileges the electronic over the mechanical. Modern engines come with exciting new capabilities, as well as their own unique problems. If anything can be said definitively about modern engine maintenance, it would be: Stick to manufacturer recommendations!