The Rebelle Rally is the first women’s off-road navigation rally in the United States. This October 2021 marks the rally’s sixth anniversary, with competitors from all over the US and Canada heading out to the California desert for this 8-day, 1,200-mile event. Teams of two competed in a wide range of vehicles, using nothing but topographical maps, compasses and sheer grit to navigate their way through the rugged terrain. Here’s everything you need to know about the Rebelle Rally. 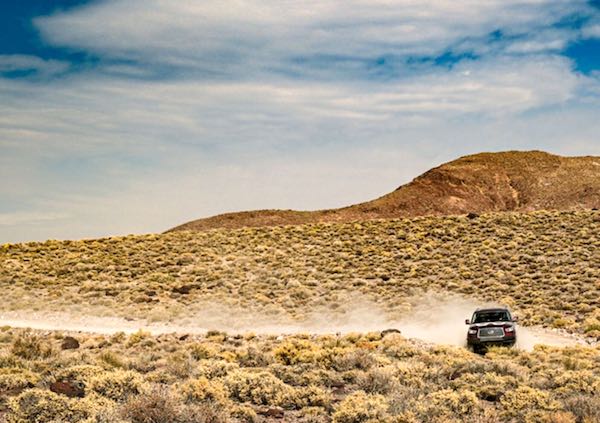 This is not a speed rally. It’s a navigation rally that requires teams to find a series of checkpoints throughout each day. Green checkpoints are clearly marked, blue checkpoints have a much smaller marker that’s harder to spot, and black checkpoints have no marker at all. Once teams arrive at a checkpoint, they signal with a satellite tracker to earn points.

There is a limited amount of time available to collect points during the day, and not all checkpoints have the same value. The tricky black checkpoints carry high values but require the most precise navigation to reach. Each team has to decide on its own strategy for which checkpoints it will try to find.

At the end of the day, teams don’t head to a hotel. Instead, they set up their own tents and camp at a series of sites spread throughout the rally, where food is provided. This is no luxury experience though, as temperatures drop below freezing at night and soar above 100°F during the day, and some of those days are spent out in the sand dunes, where teams might have to break out the shovels to dig out of deep sand.

It’s Not Just for Pros

The women who participate in the rally come from a wide range of backgrounds, and most don’t race or rally for a living. That’s right — you don’t need to be a professional driver or navigator to participate. Drivers do need to have off-road driving know-how, but for many contestants, this is their first time competing in a rally.

The navigator can also be a novice. Since most people don’t know how to navigate without GPS, the rally offers online courses that teach the basics. There are also in-person classes where both the driver and the navigator can hone their skills as teammates.

The Cars Are As Diverse As the Teams

One of the goals that the rally’s founder, Emily Miller, has for the event is to show people that the car in their driveway is more capable than they think. There’s even a special Bone Stock designation for teams who don’t make any modifications to their vehicles.

The rally separates entries into either the Crossover class or the 4×4 class, but the vehicles in each class are quite diverse. The rally has seen everything from luxury SUVs that cost hundreds of thousands of dollars to everyday 4×4 vehicles. Even plug-in hybrids and an all-electric truck have shown up to run. For 2021 Volkswagen has entered their ID.4 fully electric crossover while Rivian will once again field their fully electric RIT pickup. Jeep is bringing their new 2021 Jeep Wrangler 4xe plug-in hybrid. Kia is out to prove their off-road prowess with a 2022 Sorento plug-in hybrid SUV. Not having a professional rally car is certainly no obstacle for competitors while also a great way for manufacturers to test their vehicles outside the proving grounds.

The Rebelle Rally is a tough off-road event that challenges competitors to push themselves beyond what they think their limits are. In the end, the competition is about more than just coming in first. It’s about determination and learning that you can do more than you ever thought possible. If you’re a woman and love cars, nature and the thrill of competition, think about giving this event a try. You might surprise yourself.

Check out all the off-road products available on NAPA Online, or trust one of our 17,000 NAPA AutoCare locations for routine maintenance and repairs. For more information about prepping your vehicle for off-roading, chat with a knowledgeable expert at your local NAPA AUTO PARTS store.

NAPA Know How Blog The Rebelle Rally: Leaving GPS Behind