It marked the sixth win this season by the 16-year-old series rookie from Sherrills Ford, North Carolina – who drives the No. 16 NAPA AUTO PARTS Toyota Camry for Bill McAnally Racing.

With the victory, Gilliland extended his lead in the championship standings to 25 points – with one race left to decide the title. He clinched the Rookie of the Year Award on Saturday, meanwhile. 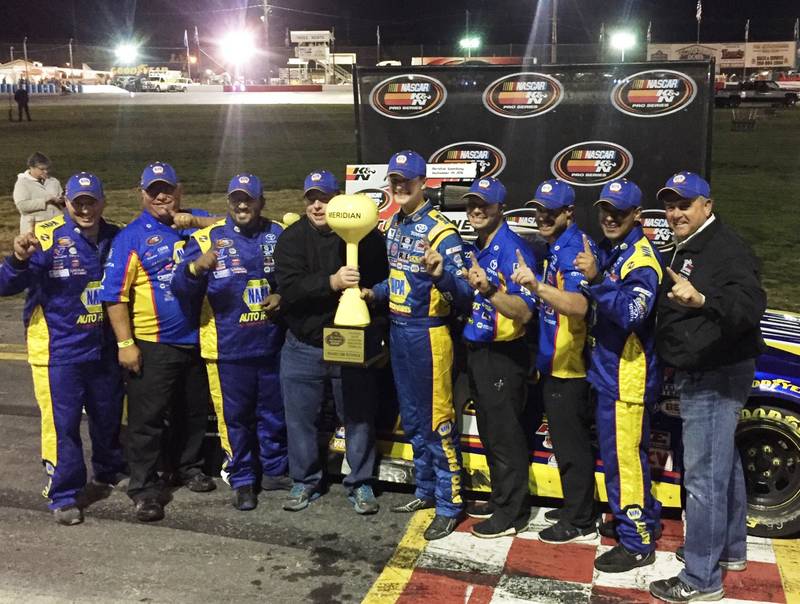 Gilliland was followed across the finish line by his BMR teammate Julia Landauer, who notched a career-best second-place finish in the series. Landauer, also a rookie on the circuit, is a 24-year-old native New Yorker who drives the No. 54 Curb Records Toyota Camry for BMR. 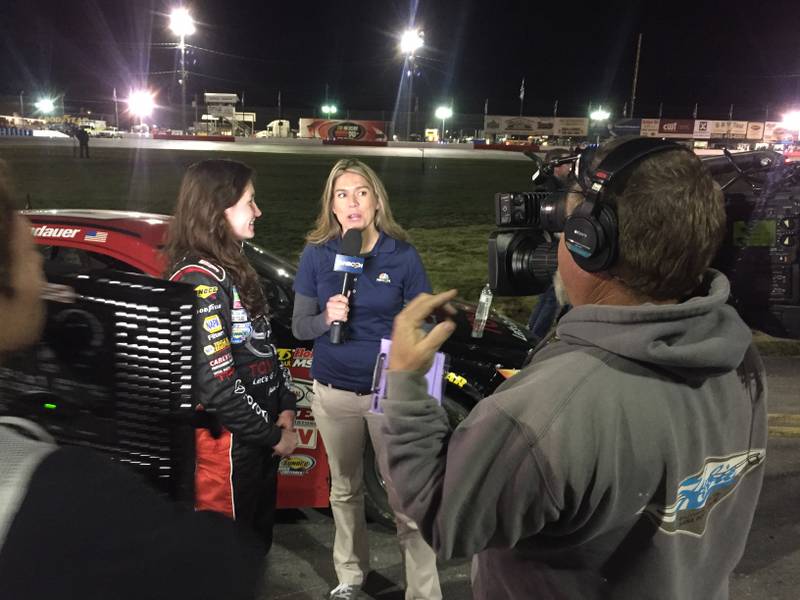 Gilliland started the race fifth on the grid, while Landauer came from the eighth position. Both drivers made steady progress toward the front. Gilliland passed his teammate Chris Eggleston for second on Lap 75, while Landauer settled into fourth behind Eggleston, the defending series champion.

Gilliland later got out front on Lap 135, but lost the lead on a subsequent restart. He was running second in the late stages of the event, with Landauer just behind him in third. A late-race caution led to a green-white-checkered finish in which Gilliland gained the lead and the win, with Landauer taking second.

Eggleston, who had qualified second and battled for the lead throughout the race, rallied back from a late-race spin to finish ninth in the No. 50 NAPA Filters / H2O Fire Protection Toyota Camry.

BMR’s Riley Herbst also ran strong early in the event, wheeling the No. 19 NAPA Power Premium Plus Alternators & Starters Toyota Camry from third on the starting grid. He also had to battle back from a spin, after contact from another car. He was up to seventh before a subsequent incident took him out of contention and ultimately left him with a 19th-place finish. 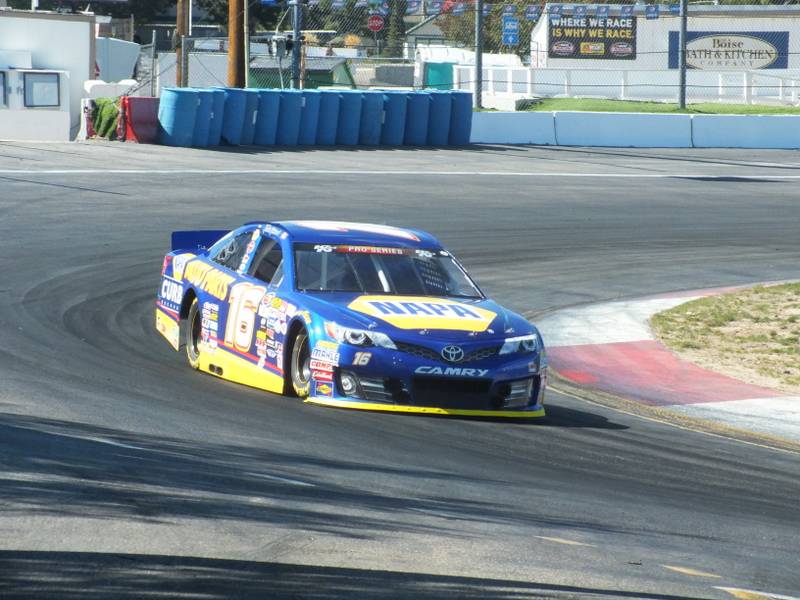 Gilliland, part of the NASCAR Next program that spotlights NASCAR’s rising stars, has six wins, 11 top-five, and 12 top-10 finishes in 13 starts this season.

Landauer, also a NASCAR Next driver, is fifth in the championship standings and second in rookie points. She has six top-five and 12 top-10 finishes this year.

Eggleston of Erie, Colorado is seventh in the championship standings, with two wins, seven top-five, and nine top-10 finishes this season.

Herbst, a 17-year-old series rookie from Las Vegas, is sixth in the overall standings and third in rookie points. He has seven top-five and 10 top-10 finishes in 13 career series starts this year. 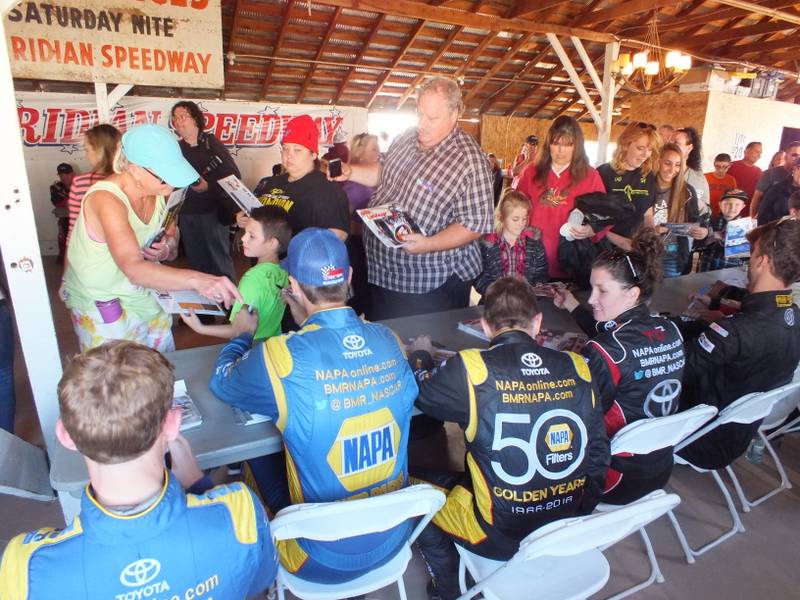 The NASCAR K&N Pro Series West will wrap up its 2016 season with the Toyota / NAPA AUTO PARTS 150 presented by TriCo Welding Supplies at All American Speedway in Roseville, California on Oct. 15.