LOUIS (Sept. 25, 2016) – Ron Capps and the NAPA AUTO PARTS Dodge Charger R/T Funny Car team didn’t leave the NHRA Midwest Nationals near St. Louis with the event title, but it was far from a lost weekend at Gateway Motorsports Park for the team led by crew chief Rahn Tobler.

For the second straight event in the six-race Countdown to the Championship, Capps recorded a top-three qualifying spot and advanced to the semifinals.

Capps has extended his points lead to 48 with two new contenders on his bumper, and both are Don Schumacher Racing teammates.

Jack Beckman defeated Tommy Johnson Jr. for the Gateway title with Johnson jumping to second and Beckman in third. 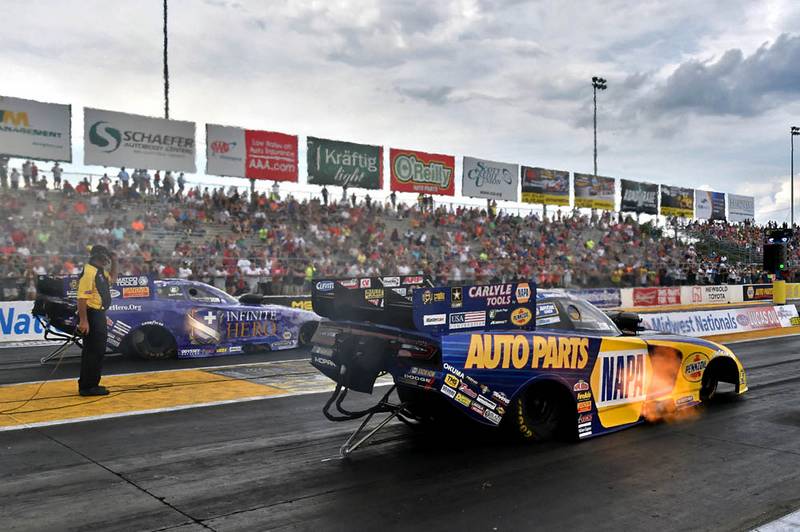 “You don’t want to lose that early but if you stand back and look at the big picture it was not a bad weekend for us,” Capps said.

“It was as hot as we’ve seen it all year and it seemed the Funny Cars either had trouble in qualifying or Sunday. We struggled in qualifying until our last run that put us third. I’m always bragging about Tobler and our NAPA guys because of how they can adjust.”

Capps got a break in the first round when John Bojec broke on the starting line. But the quarterfinals could be pivotal in the Countdown race because Capps along with teammates Beckman and Johnson took out all three John Force Racing teams.

But Beckman sidelined Capps in the semifinals. 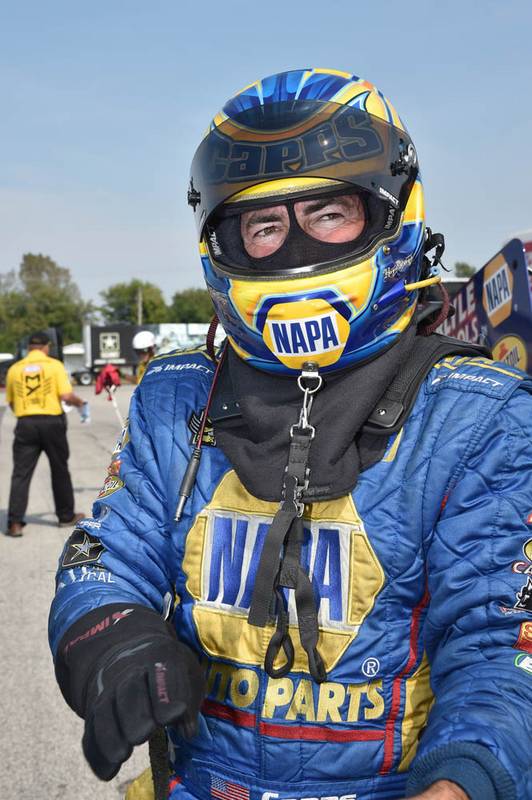 “It was a big day for points,” Capps said.

The third Countdown event in three weeks begins Friday near Reading, Pa., with the Dodge Nationals at Maple Grove Raceway.

“The track’s been very good to me, but I’ve never won there. I know it will be a lot cooler next weekend and Tobler has shown what this hot rod can do in conditions like that.” 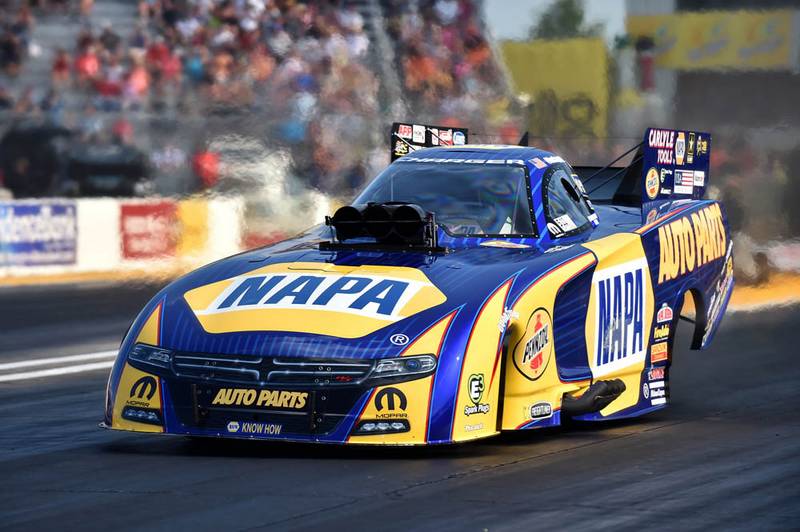 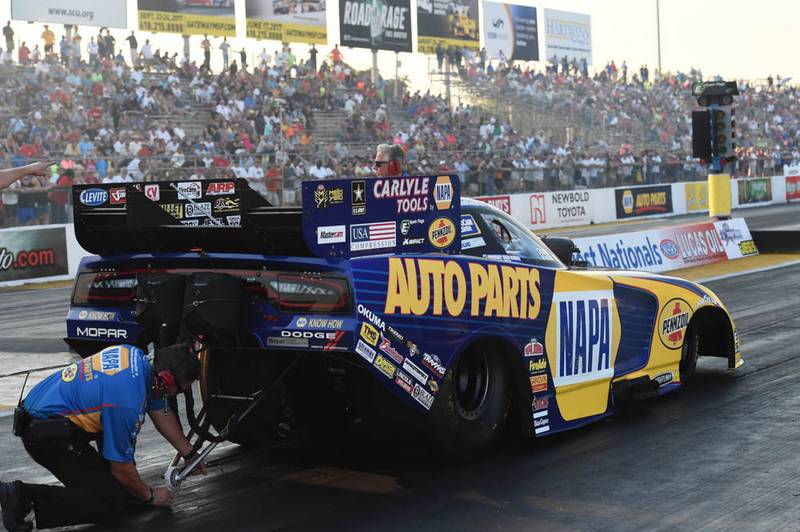