BMR drivers have another strong showing in K&N West as all four driver finish in the top seven positions.

TUCSON, Ariz. (May 7, 2016) – Bill McAnally Racing drivers had another strong showing in the NASCAR K&N Pro Series West on Saturday, with all four competitors finishing in the top seven positions in the NAPA AUTO PARTS / Wildcat 150 at Tucson (Arizona) Speedway.

It marked the third consecutive race with all four drivers finishing in the top 10 and the second straight event with three in the top five.

“We struggled a little bit in practice and qualifying,” said Landauer, who was 12th in time trials. “We talked about a strategy for the race and the car was set up perfectly. We were able to make some good changes.”

She credited her crew chief Mario Isola and three-time series champion Eric Holmes, who serves as a spotter and driver coach, with working with her on the chassis setup for the race.

“We took a little bit of a gamble, but it worked out to race where I wanted to all race,” said the 24-year-old native New Yorker, who now resides in Charlotte, North Carolina. “We ran as high as second, which was really awesome, and brought home a fifth place finish. A big thank you goes to Toyota, NAPA Filters, everyone at BMR, and Julia Landauer Racing.” 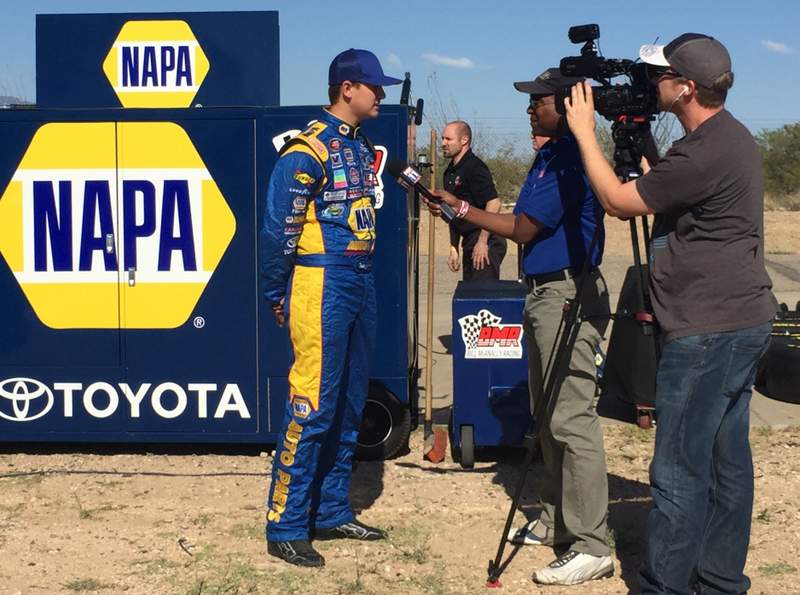 Gilliland started fourth on the grid and ran in the top three throughout most of the race. The 15-year-old from Sherrills Ford, North Carolina moved up to third in the first 45 laps and was to second by Lap 55. His BMR teammates, Eggleston and Landauer, each took over the runner-up spot during the midway stages of the race – but Gilliland retook the position and maintained it through the final 65 laps.

After starting fifth, Eggleston dropped back a few spots in the initial laps before charging to second by Lap 65. He remained there through the midway break. The Eric, Colorado driver ran fifth after the break, but then put on another charge to move to third and challenge Gilliland for second in the later laps.

Herbst, a 17-year-old from Las Vegas, started eighth and ran a steady race, remaining in the top 10. He maintained eighth through most of the second half of the race and then moved up to seventh in the final laps of a green-white-checkered finish. 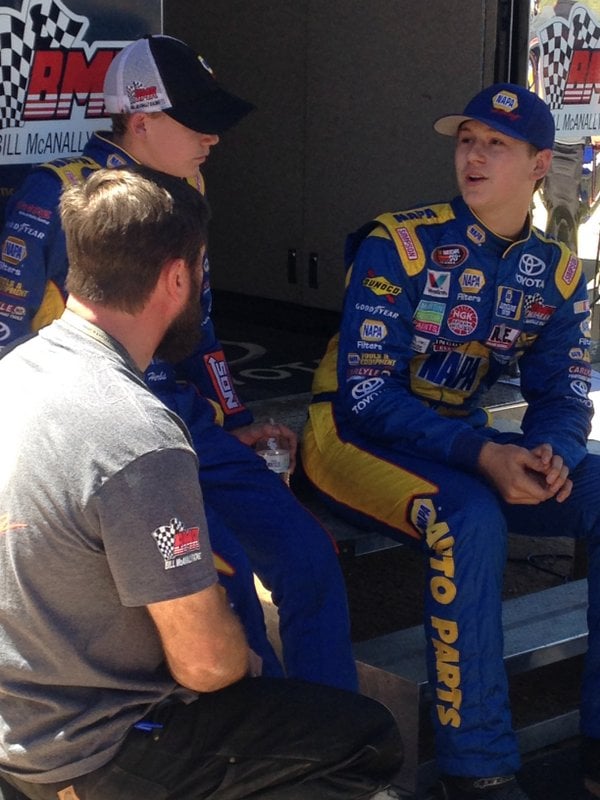 Ryan Partridge took the win at Tucson after starting from the pole.

With his runner-up finish, Gilliland was able to maintain a slight lead in the championship standings. He also retained his lead in rookie points. In addition to his second-place finish on Saturday, he has two wins in three series starts this season.

Eggleston is third in the championship standings, with three top-five finishes to open his 2016 campaign.

Herbst is fifth in the overall standings, and second in the rookie points. He has one top-five, and three top-10 finishes in three series starts.

Landauer is seventh in the championship standings and fourth in rookie points. She also has one top-five and three top-10 finishes in three series starts.

NAPA VIPs at the Tucson event got a special perspective of the track with a lap around the 3/8-mile oval in BMR’s NAPA two-seater Toyota Camry on Friday night. BMR also hosted a special NAPA Hospitality event at the track on Saturday. 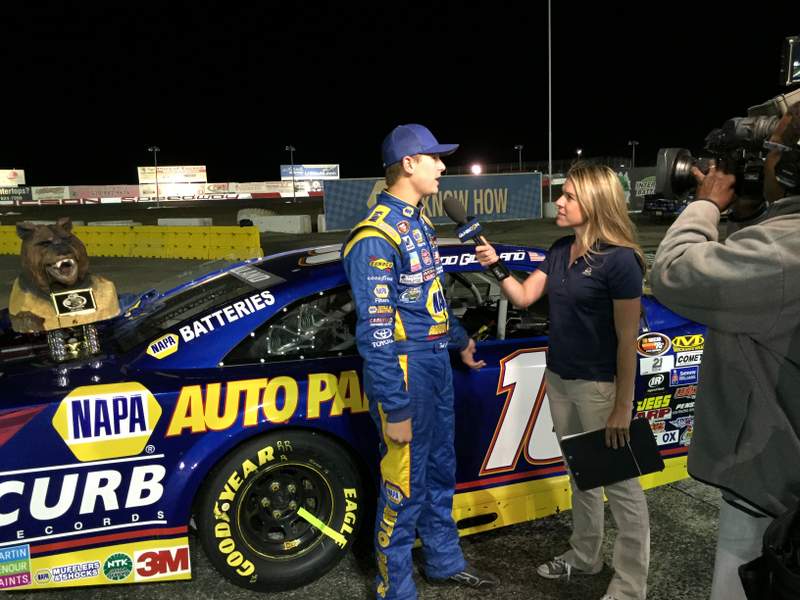 The next event on the series schedule will be the Sunrise Ford 150 at the Orange Show Speedway in San Bernardino, California on May 21.