POST FALLS, Idaho (July 9, 2016) – Race fans at Stateline Speedway witnessed one of the closest finishes in the history of the NASCAR K&N Pro Series West as Todd Gilliland won the Toyota / NAPA AUTO PARTS 150 by inches over Noah Gragson on Saturday night.

Gilliland crossed the finish line in the Bill McAnally Racing No. 16 NAPA AUTO PARTS Toyota Camry with a margin of victory of just .004 seconds to clinch his third victory of the season and the fifth win by BMR in the first seven races of 2016.

The 16-year-old rookie from Sherrills Ford, North Carolina – a member of the NASCAR Next program that spotlights NASCAR’s rising stars – faced plenty of drama in just getting in a position to challenge for the win on the quarter-mile oval. He and his BMR teammate Chris Eggleston had to battle back through the field after an incident just past the midway point of the race.

Eggleston, who had won his first career series pole earlier in qualifying, and Gilliland were running 1-2, respectively, on Lap 91 when contact from another car sent both BMR cars for a spin. The pair mounted a fierce charge back to the front as the laps wound down. 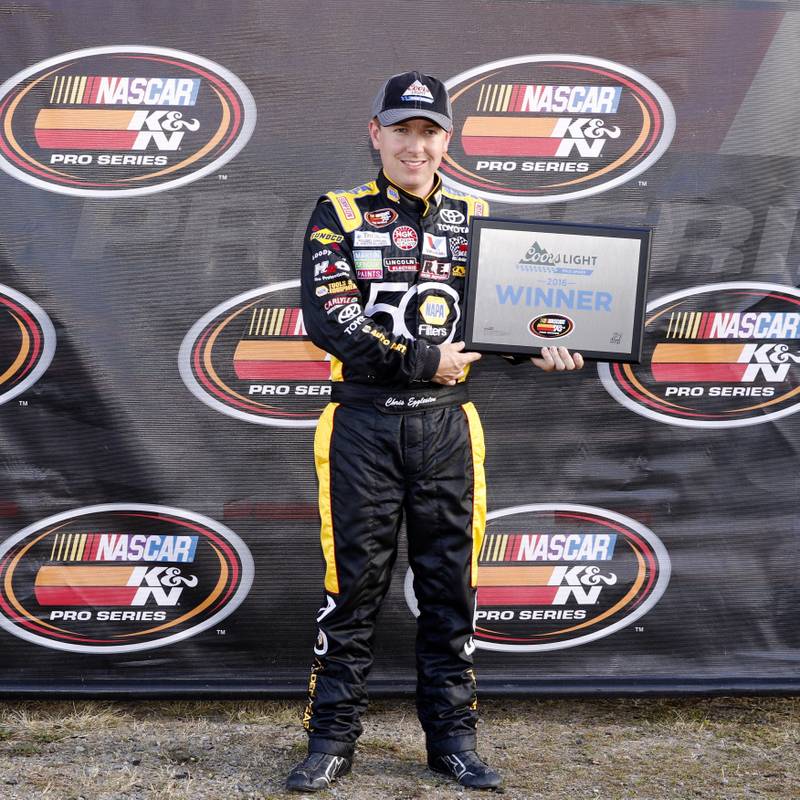 “We got in a tangle there and ended up at the back,” Gilliland said of the incident.

He admitted he initially questioned if they could successfully mount a charge for the win.

“Looking up there, there were a lot of cars to pass,” Gilliland said. “We just kind of got every car we could as quick as we could.”

He managed to get up to second place as the field prepared for a second attempt at a green-white-checkered finish.

“At the end with the green-white-checkered, I was on the outside and we were side-by-side all the way to the finish line,” Gilliland said. “It was super close and we’re happy to get the win.”

Eggleston, the defending series champion, was also able to charge back to the front – finishing third in the No. 50 NAPA Filters / H2O Fire Protection Toyota Camry. He had led 73 of the first 90 laps before the incident took him out of the top spot. 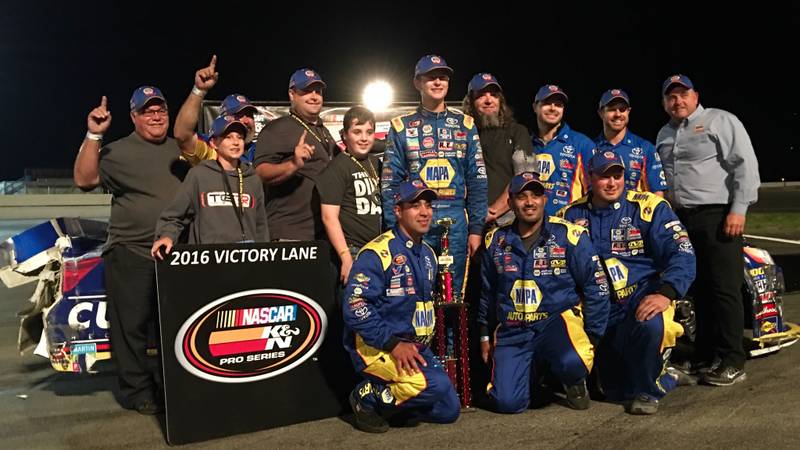 Two other BMR rookie drivers also had strong finishes on Saturday. Julia Landauer finished fifth in the No. 54 Curb Records Toyota Camry, her third top-five finish in seven series starts. Riley Herbst took seventh in the No. 19 NAPA Batteries Toyota Camry. Cole Moore, who was making his second series start of the season and the third of his career, qualified fifth and finished 14th in the No. 20 JM Environmental Toyota Camry. The 19-year-old is a resident of Granite Bay, California.

With his win, Gilliland closed to within three points of the lead in the championship standings. He continues to lead the chase for the rookie title. In addition to his three wins, he has six top-five finishes in seven races.

Landauer – a 24-year-old New York native who resides in Charlotte, North Carolina – retained sixth in the overall standings and second in rookie points. Also a member of the NASCAR Next program, she has six top-10 finishes, along with her three top fives.

Herbst, 17, of Las Vegas remains eighth in the championship standings and fourth in rookie points. He has two top-five and five top-10 finishes. 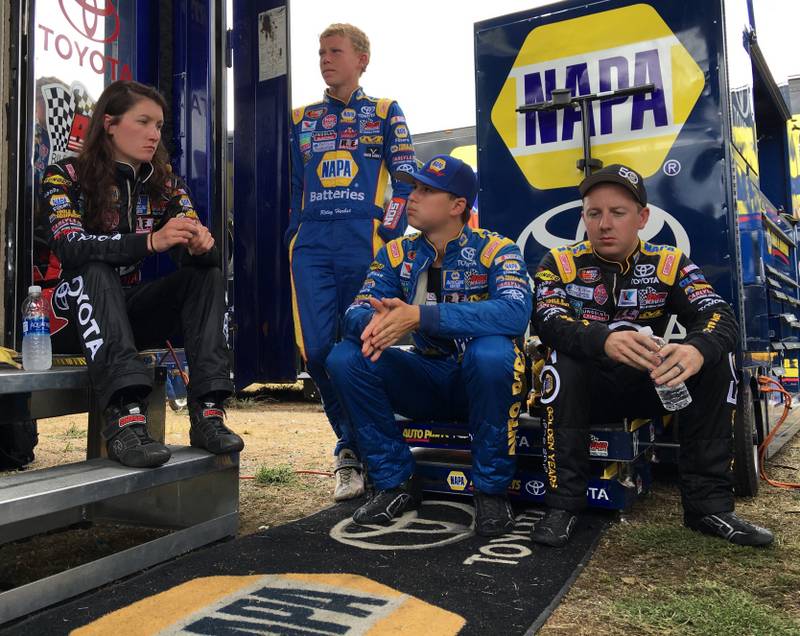 The Toyota / NAPA AUTO PARTS 150 was the seventh event on a 14-race schedule, marking the halfway point of the season. It will be televised on NBCSN on July 15 at 11 a.m. PT.

The next event on the circuit will be the NASCAR K&N Pro Series East-West combination race at Iowa Speedway in Newton, Iowa on July 29.