It marked the second win of the season and third career series victory for the Stratford, Wisconsin, driver who pilots the No. 16 NAPA AUTO PARTS Toyota Camry.

“Our NAPA Toyota was really good,” Kraus said. “We were able to get out front with a pretty big lead by the middle part of the race. Then we were really good on the restarts there at the end and that was the difference. We were able to avoid spinning our tires and pulled away.”

Deegan – a rookie from Temecula, California – grabbed her career-best runner-up finish in just her seventh career start, driving the No. 19 Mobil 1 / NAPA Power Premium Plus Toyota Camry. She crossed the finish line .493 seconds behind her teammate to take second, equaling the best finish by a female driver in the series. 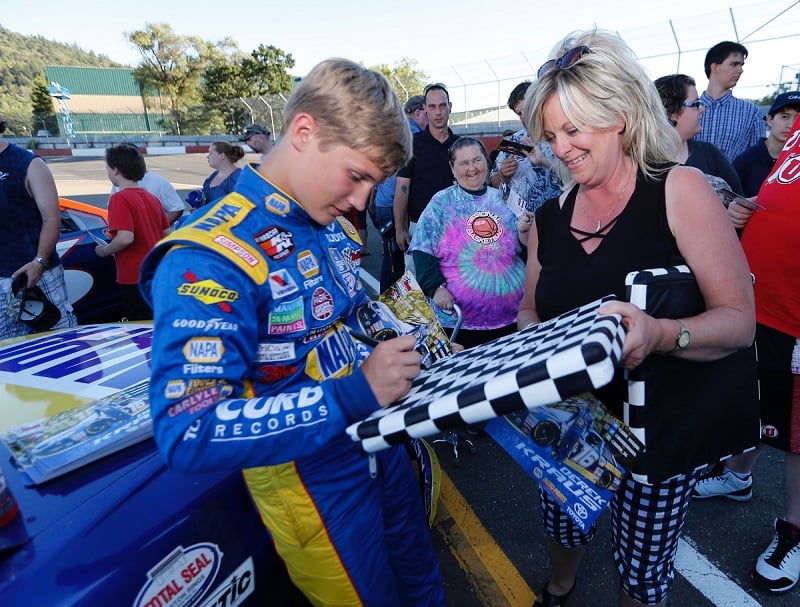