Brad Sweet, driver of the No. 49 NAPA AUTO PARTS sprint car, scored a top-ten finish and a podium finish in two nights of World of Outlaws Sprint Car Series racing at Knoxville Raceway, bringing his total top-ten finishes for 2018 to 28.

After the passing of Sweet’s fellow competitor Jason Johnson, World of Outlaws officials postponed their trip to Jacksonville Speedway, in Jacksonville, Ill., to October 12.

With heavy hearts heading into the two-day show at the famed Knoxville Raceway in Knoxville, Iowa, the teams honored their fellow racer and friend with “Forever41 Cajun” stickers on their wing caps. Forty cars signed in for night one, when the heat index rose to about 105 degrees. 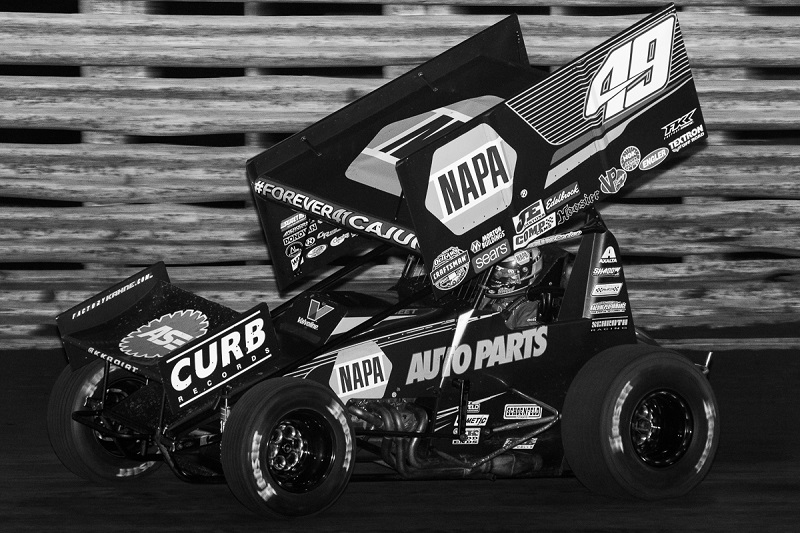 Sweet qualified in the tenth position for group one, from which the top two finishers make the dash, while the top five go straight to the A Main. Sweet started in the fifth position and could only make up
one spot during the eight laps around Knoxville Raceway. This finishing position would place Sweet into the 15th starting spot for the 25-lap feature.

When the race went green, Sweet made contact with a car ahead of him, damaging his front wing. Following the damage, the NAPA AUTO PARTS No. 49 became ill-handling, leaving Sweet along for the ride for the next 24 laps. With a few cautions to bunch the field back up, Sweet got himself into the top ten and ultimately finished the race in tenth. 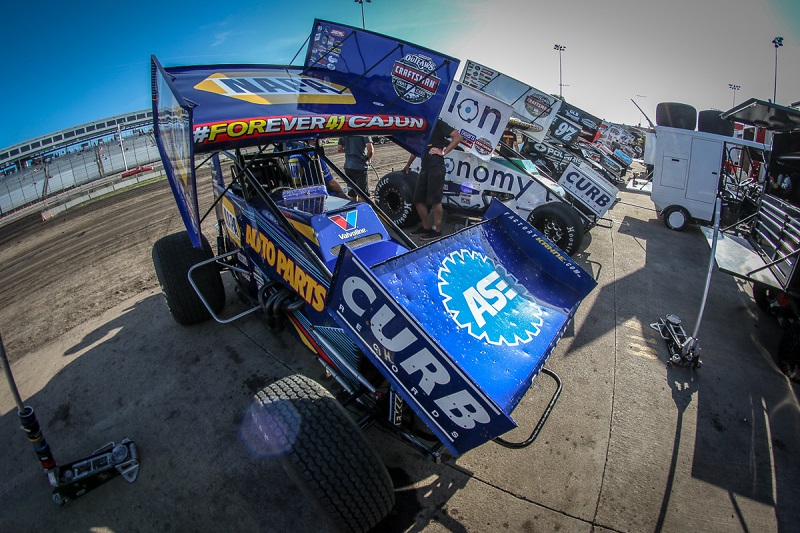 Saturday’s event had 38 cars sign in, and the teams were split into two groups for qualifying. Sweet made a perfect lap around the bottom and ended up going quick time. Sweet started on the pole of the first heat race. The NAPA AUTO PARTS No. 49 committed to running the bottom and finished in the second spot, locking in a place in the dash.

With weather in the area, World of Outlaw officials drew for starting spots. The No. 49 team sat on the outside front row for the six-lap dash to determine the A main starting lineup. Sweet finished the dash in the second spot. Once again, the feature race would be 25 laps in distance, this time with Sweet starting second. 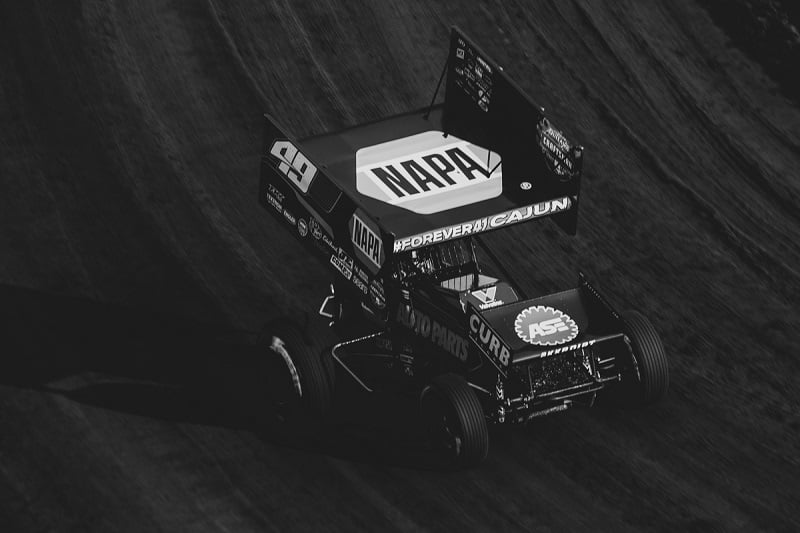 After settling into the second spot for the first few laps, Sweet found speed on lap nine and passed the leader going down the front straightaway. A yellow flag came out on lap 11, allowing the field to bunch up. After the restart, another car went even lower on the racing surface than Sweet, taking the No. 49 NAPA AUTO PARTS car three-wide, with a competitor on Sweet’s outside. Sweet came out of it in the
third position, and the field spread out. As the laps wound down, Sweet held third to the finish, adding another podium finish to his list of many.