Two-time and defending NHRA Funny Car world champion Ron Capps entered the NHRA Nevada Nationals race weekend ranked second in the Countdown to the Championship standings and 10 points behind No. 1 ranked Robert Hight. Capps was focused on the mission at hand during qualifying at the season’s penultimate event – earning bonus points to narrow the points margin heading into race day at The Strip at Las Vegas Motor Speedway as he contends for his first series title as an NHRA team owner. While Capps made quick and consistent passes throughout the weekend’s four qualifying sessions, his only bonus point was awarded during the second round when he posted a 3.889 E.T. to secure a qualifying position within the top half of the field. 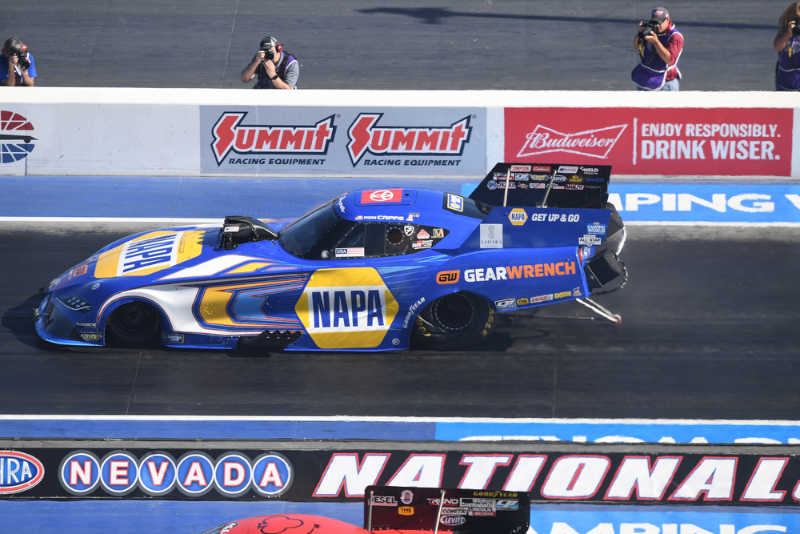 Starting race day from the No. 6 seed, Capps and the NAPA AUTO PARTS Toyota GR Supra team sat 21 points behind Hight, and ready for a long day of going rounds and putting points up on the leaderboard. The Dean ‘Guido’ Antonelli/John Medlen-guided team has visited the winner’s circle at two of the last three events (Charlotte, Dallas), and with their runner-up finish in St. Louis, looked prime to advance to the final round for the fourth consecutive race weekend. 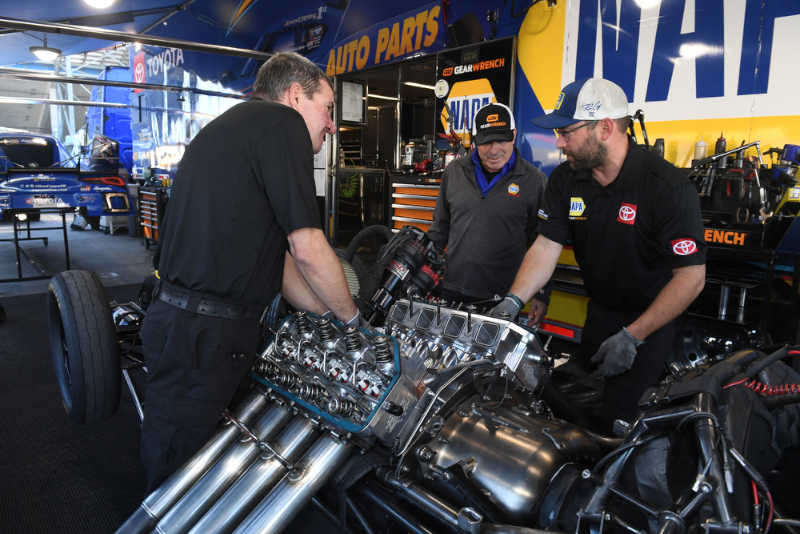 The NAPA team quickly took care of business in the opening round of eliminations on Sunday morning, posting a 3.891 E.T. to defeat opponent Jim Campbell’s 4.008-second effort. In the quarterfinals, Capps faced Bob Tasca in a close contest. The 73-time race winner scored the slight jump off of the starting line, and the two drivers charged hard down the track, but Tasca pulled ahead and held a slight lead through the finish line lights to end Capps’ day early. 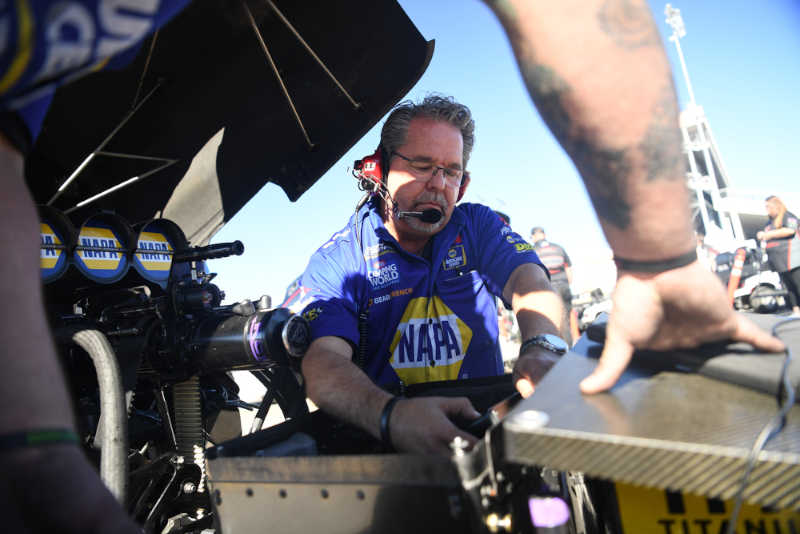 “Days like today are what makes NHRA Drag Racing so exciting for the fans, and so nerve-wracking for us racers,” said Capps, who was forced to be a spectator after round two, an uncharacteristic position for the five-time winner and eight-time finalist in 2022. 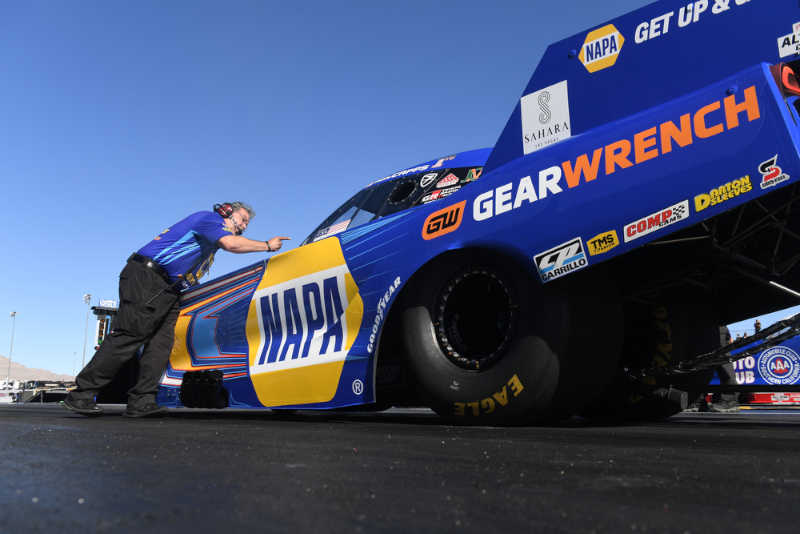 Despite the early exit, the owner/driver of Ron Capps Motorsports is still solidly in the hunt, and is proud that his NAPA AUTO PARTS team has put him in a position to contend for a third championship title. 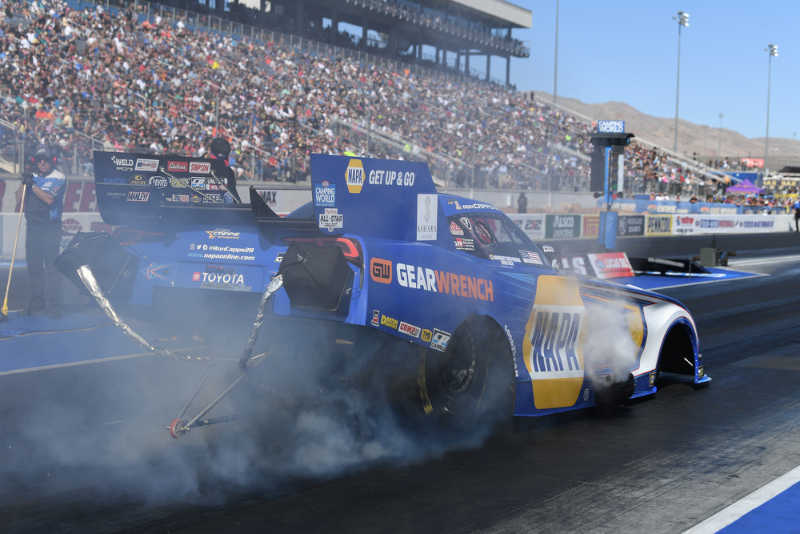 “You want to make sure that by the time you get to Vegas, you’re still in the conversation, and we accomplished that,” said Capps, who has maintained a ‘top three’ ranking in the NHRA Camping World Series standings throughout the entirety of the season. “We would have liked to put more points on the board this weekend, but we’re still solidly in the hunt going into Pomona and that’s what matters. It’s going to be a points-and-a-half format, so you just need to be within striking distance by the time you get to that race. I’ve been on both sides and involved in a lot of different championship scenarios where it’s come down to the wire on the last day of the season. 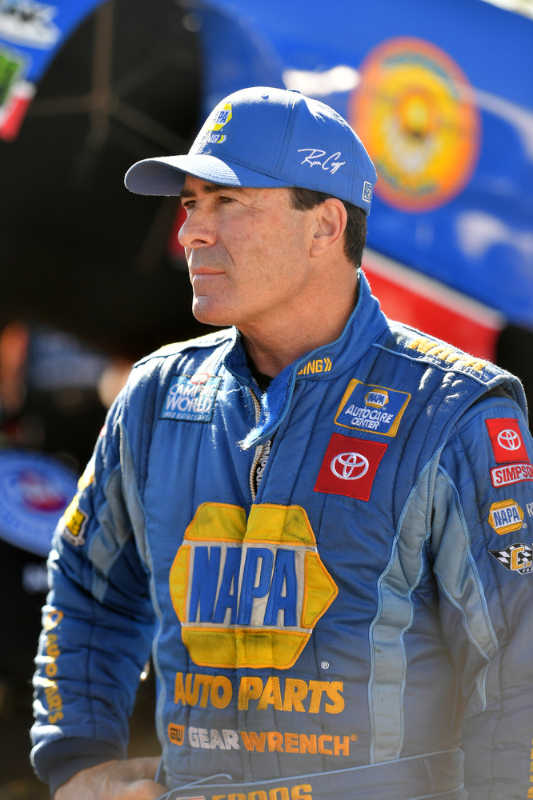 “This NAPA AutoCare team has done such a great job all year. To come back and win Dallas like we did and put ourselves in this position coming into Vegas was huge. I love going to Pomona; I love that time of the year and to be one of the usual suspects that’s fighting for the championship, it’s just incredible. It’s going to be a battle to the end between our NAPA team, Hight, and (Matt) Hagan, so it’ll be a lot of fun.” 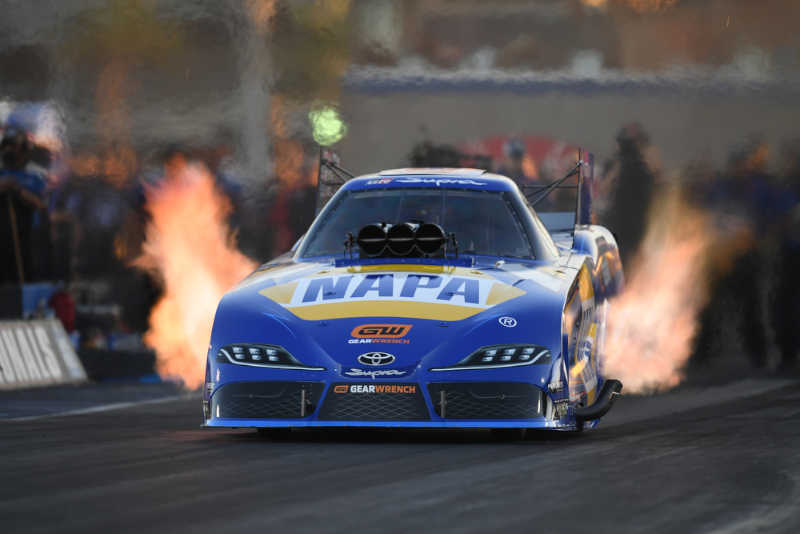 Capps and the NAPA AUTO PARTS Toyota GR Supra team depart Las Vegas ranked second in the standings, and will make a run for the 2022 Funny Car title at the NHRA Finals in Pomona, Calif., Nov. 11-13. A 61-point deficit separates Capps from Hight, and No. 3 ranked Hagan trails Capps by two points.