Running water is great to have for your home — inside your car, not so much. If you find water dripping onto your carpets from underneath the dashboard, there’s a good chance that a failed heater core is the culprit.

What Is It Anyway? 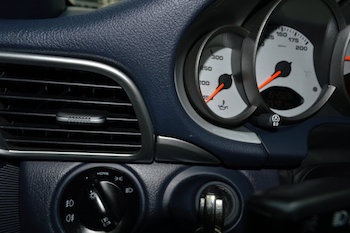 A heater core is like a smaller version of the radiator that’s under your car’s hood, and the two are connected. Coolant runs through it, and when the fluid warms up, the core creates heat that radiates through your vehicle’s heater. It also plays an important role in your car’s air conditioning system. It splits the work with the air conditioning compressor to hit the temperature you dial in. It also dehumidifies the air in the cabin and defogs your windshield.

What Causes a Heater Core to Fail?

Pretty much the same thing that will cause the radiator under the hood to suffer a premature end — lack of maintenance. What goes through your radiator also goes through the core. Skip a few radiator flushes and the particles of rust and other debris that would get cleaned out increase in both size and amount. Even if your radiator can survive with minimal maintenance, the heater core, with narrower passages, will clog up sooner.

What You Should Look For

A heater that isn’t getting the job done is a major red flag. The core may not be the issue, though, as other things like a fuse, the cabin air filter and the fan or vent doors could be the culprits. Rule those out first because, as you can see from the picture above, getting to the core is a big job. That’s something to remember the next time you’re tempted to blow off a radiator flush.

If your car’s temperature gauge shows that the engine is running hotter than usual, it could mean a coolant leak, and it could be leaking into the core. If you smell coolant, even without seeing evidence of it on the carpet, that’s not good, as ethylene glycol is harmful to breathe. Even if your leak is as small as a pinhole, the coolant could be coming out of your core in a fine mist. Other clues for a faulty core include a sticky residue on your windows, dashboard, steering wheel or other surfaces inside your car.

Being proactive about your car’s maintenance can go a long way in prolonging your heater core’s life and its effectiveness.

Check out all the heating and cooling products available on NAPA Online or trust one of our 17,000 NAPA AutoCare locations for routine maintenance and repairs. For more information on how to deal with a faulty heater core, chat with a knowledgeable expert at your local NAPA AUTO PARTS store.

NAPA Know How Blog What Causes a Heater Core to Fail?