What does SAE stand for? This three-letter abbreviation originally stood for the Society of Automotive Engineers, a US-based organization comprised of engineers in various industries, including automotive, commercial vehicles and aerospace. In the automotive sector, SAE stamping appears on tools and motor oil, and it’s also used for horsepower rating standards. If you’ve ever turned a wrench, you’ve likely seen SAE on the tools you regularly use.

The Society of Automotive Engineers was founded in 1905 in response to the need for uniform automotive standards and a platform where like-minded engineers could interact. Some of the earliest supporters of the SAE included Henry Ford, Thomas Edison, Charles Kettering and Orville Wright.

Based in Pennsylvania, the SAE has a global reach and claims approximately 140,000 members. Today, the company is known as SAE International, as its focus goes well beyond cars around the world. 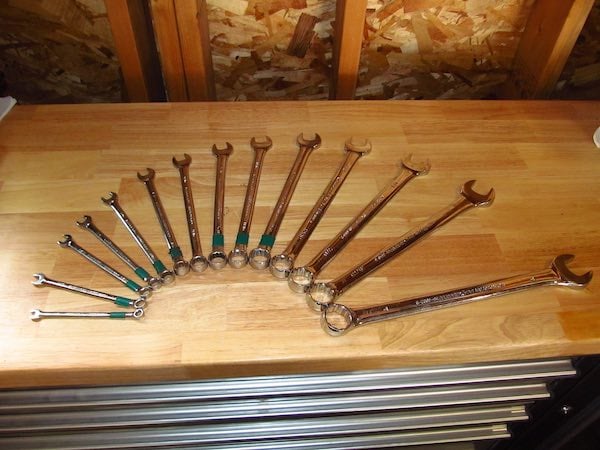 There are two main tool measurement standards used by shop technicians and weekend mechanics: SAE and metric. SAE, or standard, is used on most domestic models, while metric applies to foreign or non-domestic vehicles. Socket sets and wrench sets are among the most used tools in cases where size measuring differences are important.

However, a word of caution is needed around using tool standards interchangeably: you can strip a bolt if the sizing isn’t precise. Indeed, manufacturers also have varying tolerances, so what works fine with one set might prove problematic with another. It’s therefore better to simply have the right socket available for your needs.

The code system for grading motor oils is another SAE initiative. The organization oversees the standard for oil viscosity, which is measured by determining how long it takes for a certain amount of oil to flow through a container at a specific temperature.

Measuring horsepower isn’t a precise science, but it can be done reliably by following an SAE standard: SAE J1349. The SAE put this protocol in place in 2004, and since then many manufacturers have adopted it.

Under the SAE horsepower ratings, a 1% difference in power output on a dynamometer between otherwise identical engines is allowed. When automotive manufacturers rate their engines and vehicles, they hire an SAE-sanctioned third party to make the designation, which allows their company to list an engine as “SAE-certified.”

SAE Standards in the Future

The SAE’s influence within the automotive sector is deep, as the organization often sets the pace for industry changes. Vehicle electrification is the next big trend, and we’re sure to see SAE developing new electric-centric standards for the industry to follow.

Check out all the SAE-rated gear available on NAPA Online, or trust one of our 17,000 NAPA AutoCare locations for routine maintenance and repairs. For more information on SAE tools and accessories, chat with a knowledgeable expert at your local NAPA AUTO PARTS store.

NAPA Know How Blog What Does SAE Stand for?