The boating world isn’t only divided into paddleboats, sailboats and motorboats. Powered watercraft include vehicles with outboard and inboard motors as well as the jet boat.

The main difference that sets jet boats apart from other boat types is in the propeller — or lack thereof. Let’s explore the advantages and disadvantages of several types of motorized boats in greater detail. 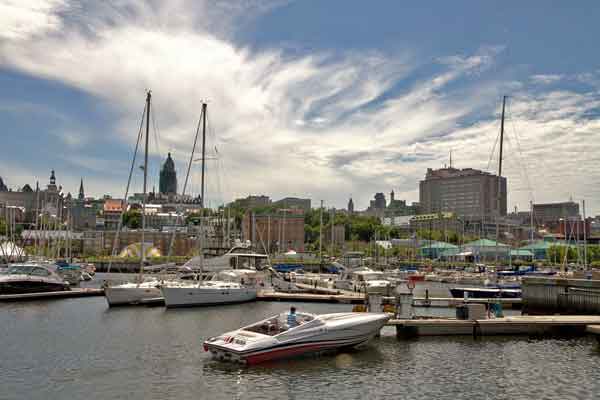 An outboard motor is simply a motor that’s attached to the stern of a boat, with a vertical driveshaft that turns a propeller at the bottom. The propeller’s direction is controlled by a tiller, which can be attached to the motor itself or positioned closer to the bow. This is used to steer the boat. Fuel economy is usually a high point with outboards, and modern outboards are fairly quiet too. If you want or need to install a new motor, making the switch is as simple as removing the old one and installing a new one, as they’re typically interchangeable.

Inboard motors are a bit more complex. They tend to be larger, more powerful and heavier. They’re usually mounted near the center of the boat below the deck for equal weight distribution, though sterndrives, with the engine further back, are also popular. The inboard motor is attached to a horizontal driveshaft that turns one or more fixed propellers at the stern. Steering is most often transferred through a separate rudder. The extra power of these motors means higher fuel consumption, and repairing or replacing one can be more complex and costly as well.

The jet boat ditches the propeller for an impeller. The engine turns the impeller to bring water in from the front, pressurize it and shoot it out the back. The more powerful the engine, the stronger the stream, so big-block V8s, which are often used in automobile designs, are popular choices for jet boats.

A major upside to a jet boat is its lack of propeller. Nothing hangs down from the hull, which allows jet boats to navigate shallower waters than outboards and most inboards.

But what about the downsides? Because more power means more thrust, jet boats tend to be among the loudest personal watercraft, and higher performance translates to lower fuel economy. Also, if you boat in salt water, corrosion of the impeller, jet pump or other critical components can add up to more maintenance and repair work.

Still, if your priorities are the opposite of “run silent, run deep,” then a jet boat can be terrific fun, and it can take you places other boats can’t.

Check out all the engines available on NAPA Online, or trust one of our 17,000 NAPA AutoCare locations for routine maintenance and repairs. For more information on jet boats versus outboard and inboard motorboats, chat with a knowledgeable expert at your local NAPA AUTO PARTS store.

NAPA Know How Blog What Is a Jet Boat?