Rapidly changing engineering and technology are transforming the auto industry and leading to autonomous vehicles and many more electric cars. While driverless car adoption remains several years away, electrified personal transportation in the form of hybrids, plug-in hybrids, fuel-cell and electric vehicles (EVs) is happening now. Future EVs may radically change, too, as the electric axle becomes the norm, delivering greater power and the efficiencies that accompany it. 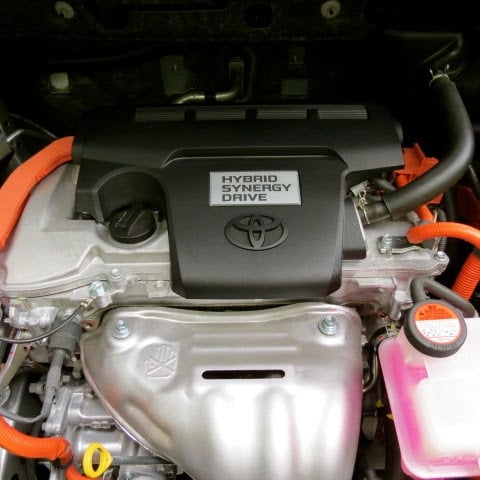 An electric axle (e-axle) serves as a power source for hybrid and electric cars. The system is fully integrated into either the front or the rear axle, delivering power to turn the wheels. Typically, e-axles are fully contained units composed of a lightweight, high-strength metal, such as aluminum, and they include other components, such as bearings, shafts, pinions, differential gearing and whatever upgrades an automaker desires.

If the e-axle is installed on the rear axle, the front wheels rely on an internal combustion engine or an electric motor to turn those wheels. When they’re working together, assisted by a hybrid battery pack, a tremendous amount of power is available — an important selling point for EVs beyond reduced emissions and improved efficiency.

Toyota Motors was one of the first manufacturers to place an electric motor on the rear axle of a front-wheel-drive model, thereby transforming it into an all-wheel-drive vehicle. In 2016, the Toyota RAV4 Hybrid rolled out, utilizing a 2.5-liter, four-cylinder engine and two electric motors — one on each axle.

While Toyota is one of the largest automakers in the world and has the resources to build its own hybrid drivetrains, many other manufacturers are not so fortunate. Furthermore, the Toyota AWD hybrid system isn’t as powerful as some manufacturers might prefer, which leaves open another possibility — independent suppliers furnishing an electric axle that’s not just efficient, but also strong. Moreover, such e-axles could power numerous models across the manufacturing spectrum, quickly expanding electrified vehicle deployment from more automakers.

Major industry suppliers with electric axles that are either currently available or soon to arrive on the market include GKN Driveline, Dana and ZF. ZF is working closely with an unnamed German car manufacturer on its electric axle, which produces 204 horsepower and 280 pound-feet of torque on the rear axle of one or more models, according to Autoevolution. When combining e-axle power with engine output transmitted to the front wheels, the potential for full-system power that bests Toyota and rivals Tesla suddenly becomes possible.

The bottom line with electric axles is that they enable manufacturers to reduce development costs and meet increasingly higher fuel-economy-mandate thresholds, while keeping pace with ever-stricter emission standards. Savings are passed onto customers, who benefit from a technology that delivers improved performance and handling — important attributes of any vehicle.

Electric axles are a win–win technology, providing improved efficiencies and power — an ideal scenario for automakers and consumers alike.

Check out all the electrical system products available on NAPA Online or trust one of our 17,000 NAPA AutoCare locations for routine maintenance and repairs. For more information on electric axle technology, chat with a knowledgeable expert at your local NAPA AUTO PARTS store.

NAPA Know How Blog What Is an Electric Axle?