If it weren’t for throttle control, most engines wouldn’t be very useful. Can you imagine if your car’s engine could only run at 4,000 RPM? Even drag racers need to run the engine from idle past redline on demand. To maintain your engine while the vehicle idles, the engine might use an idle control valve.

What Is an Idle Air Control Valve?

No airflow means no engine speed, which is not practical if you’re sitting at a stop sign, waiting to move again. The idle air control valve, also called the IAC or auxiliary air valve, bypasses the closed throttle plates to help ensure that the engine doesn’t stall. Depending on its design, the IAC valve may be part of, attached to or separate from the throttle body.

“Why make it so complicated?” one might ask. If it’s just a bypass, wouldn’t holding the throttle plates open slightly or boring a fixed orifice suffice? Indeed, it did suffice in carbureted engines, but these were never particularly efficient or responsive. At idle, a fixed orifice or throttle plate opening might cause a fuel-injected engine to stall if the power steering or air conditioning loaded the engine, so a variable idle control was needed.

Computer controls and electronic fuel injection made efficient and responsive idle control easier to achieve. Motorized or electronic IAC valves can open or close the bypass by varying degrees depending on engine load. For example, with no loads, the IAC valve might open only a little. During parking maneuvers, power steering or electrical load slows the engine, but the IAC valve (using feedback from the engine speed sensor) opens a bit more to provide consistent engine speed and enough power to prevent stalling.

The Symptoms of a Bad Idle Air Control Valve 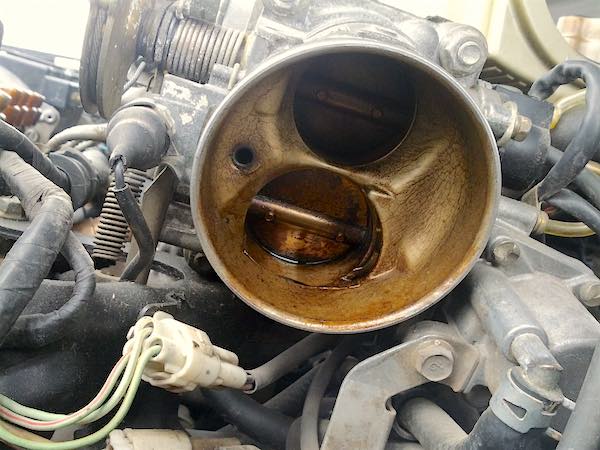 If your engine idles rough, stalls during parking or bangs into Drive, you could have an IAC problem. Carbon deposits are the most common issue with IACs, as they can block small orifices and stick in the valves. Carbon cleaning of the IAC valve and the tubes that feed it should prevent this kind of problem.

Electrical problems are less common, but they can be easier to identify if they set diagnostic trouble codes in the engine control module. Wire repairs or an IAC valve replacement might be necessary in the event of an electrical issue.

The idle air control valve has a long history, but it has disappeared from many fly-by-wire vehicles. Engines with electronic throttle body control can use the throttle body motor to modulate engine idle speed, operating autonomously until the driver steps on the accelerator. Still, if you’re driving an older vehicle with an IAC valve, knowing what it is and how to care for it can help you keep your engine running smoothly.

Check out all the engine cleaning products available on NAPA Online or trust one of our 17,000 NAPA AutoCare locations for routine maintenance and repairs. For more information on idle air control valves, chat with a knowledgeable expert at your local NAPA AUTO PARTS store.

NAPA Know How Blog What Is an Idle Air Control Valve?