Surface rust is another name for hydrated iron oxide, which develops when iron reacts with water and oxygen. All surfaces that contain iron are prone to rusting, and other metals can be affected in similar ways.

The term “surface rust” describes what’s usually noticed first: slight patches of brown, black or white deposits that don’t match the rest of the area on the body of an object such as a vehicle. If it’s left untreated, rust can destroy material, but there are ways to counteract the problem before it worsens.

The Role of Iron 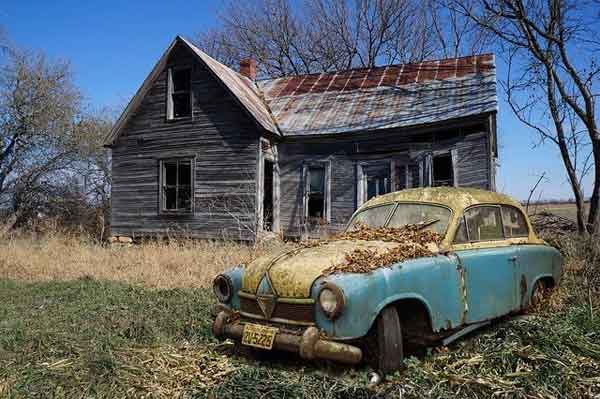 Iron, a strong yet brittle substance, is the most commonly used metal on earth. Approximately 97% of steel is composed of iron, with carbon, manganese and trace measurements of other elements also appearing in the alloy. Since steel is typically a choice material for engineering and construction projects, iron is everywhere.

In addition to these applications, iron is also an important ingredient for plant life. Humans and animals consume plants containing iron, which is necessary for the development of DNA. Iron also produces hemoglobin, which distributes oxygen to the body.

Oxygen and Water Cause Corrosion

Oxygen alone doesn’t cause rusting — moisture is also needed for the process to occur. When iron, water and oxygen are all present, rust can form on metal.

Vehicle owners residing in dry places, including desert cities such as Phoenix, may find that rust is much less of a problem for them, though it won’t be completely absent. Even where there’s little rainfall, rusting can still occur, it just does so more slowly. In the eastern U.S., on the other hand, the process is accelerated, particularly along the Atlantic Ocean and the Gulf of Mexico, where the air is moist. Salt, whether it’s in the air or on roads treated for wintry conditions, can also contribute to the formation of rust.

When rust is detectable, the damage has already begun. If it’s surface rust, it’s easily treatable, but if it’s scale or penetrating rust, the fix can be more challenging. Scale rust exposes the metal underneath a surface’s paint. This can be repaired, but the process is arduous. If the rust is penetrating, it has transformed the steel into iron oxide, which is also complex and expensive to fix, especially if a vehicle’s frame is involved.

Surface rust can be removed quickly and efficiently with a wire brush. While this tool is ideal for certain surfaces, such as iron fences or gates, it should not be used for the exterior of your vehicle, as it could remove a greater amount of the surface than you want.

Instead, a hand scraper can help you manage limited areas where surface imperfections are evident. An abrasive wheel or 40-grit sandpaper is best for sanding down to the bare metal. Follow this up with 120-grit sandpaper where the paint meets the edges, and finish with 220-grit sandpaper for enhanced smoothness. When you’re done, wipe the surface with a damp microfiber cloth.

The rest of the process involves applying a lacquer primer, sanding the area when it’s dry and applying a new coat of paint. For the best results, apply additional sanding, polish and then wax. After the repairs are finished, be sure to wash and wax your vehicle regularly to keep rust a thing of the past.

Check out all the rust removal equipment available on NAPA Online, or trust one of our 17,000 NAPA AutoCare locations for routine maintenance and repairs. For more information on surface rust, chat with a knowledgeable expert at your local NAPA AUTO PARTS store.

NAPA Know How Blog What Is Surface Rust?