We’re moving into an electrified future where hybrids, plug-in hybrids, pure electric vehicles and perhaps even hydrogen-powered models will eventually become the norm. The internal combustion engine category, comprised of gasoline and diesel engines, isn’t going away anytime soon, but your next vehicle may include a plug. That said, not all electric car plug types are the same, especially when it comes to DC fast charging. 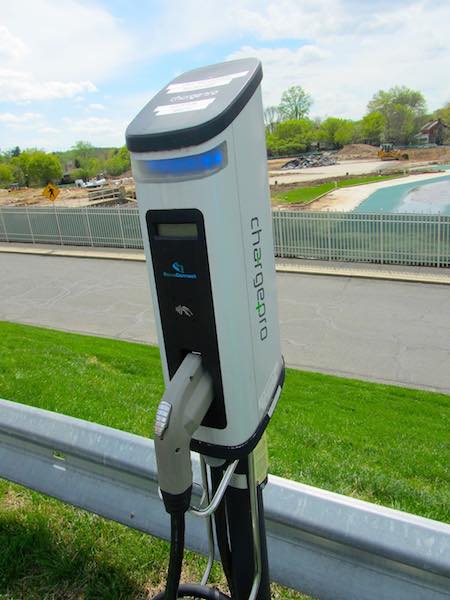 While there are differences between types of electric vehicles, every kind includes a battery pack that works in tandem with one or more electric motors to supply the motivation to propel the car.

For models that require a charge, manufacturers will routinely include the plugs and adapters needed to connect to a power source. These plugs correspond to one of three charging levels: Level 1, Level 2 and Level 3. Level 3 is also known as DC Fast Charging.

Level 1 charging is handled by a standard 120-volt plug that connects your electric vehicle to your home’s power outlet. This is the easiest way to make a connection without installing special equipment, but it’s also the slowest method, even with perfectly clean and functional contacts. It can take up to 40 hours to gain 200 miles of driving range, hence its “trickle charge” nickname.

Most electric vehicle owners looking for something faster than the standard household outlet typically move to Level 2 charging. This usually comes in the form of a public charging station or an upgraded home charging port with 240 volts. The plug provided with the vehicle may include an adapter for connecting to Level 2 chargers, which are 16 and 30 amps, sometimes referred to as 3.3 kW and 7.2 kW, respectively.

A Level 2 charger replenishes a vehicle much faster than a Level 1, adding about 25 miles of range per hour compared to the 4 miles with a Level 1 connection. Every electric vehicle sold in North America uses the same SAE J1772 charging plug for the first two levels.

As you might have guessed, the first two charging levels take a long time to replenish a battery to at least 80% of its capacity. That’s where Level 3, or Direct Current (DC) Fast Charging, comes in. Although it’s not nearly as fast as pumping gas into a car, a Level 3 charger can replenish 80% of a vehicle’s battery capacity within 20 or 30 minutes — long enough to enjoy a meal or roadside attraction before driving on. However, unlike the first two levels, which share a common plug, there are three different types of Level 3 plugs that can come with an electric vehicle, depending on its manufacturer.

One of the three Level 3 plug types is the Tesla Supercharger, which is exclusive to Tesla Motors. The other two are Combined Charging System (CSS) and CHAdeMo, and they’re battling to become the industry standard. Until recently, North American and European manufacturers were using CSS, and Japanese manufacturers were using CHAdeMo. However, Nissan recently ended the battle by stating that its all-new Ariya EV would utilize CSS. Consequently, those who follow the market expect CHAdeMo to diminish in importance.

In all, there are four different electric car plug types to consider. While the big differences are on Level 3, consolidation efforts and improving infrastructure will likely result in two main types eventually.

Check out all the electrical system products available on NAPA Online, or trust one of our 17,000 NAPA AutoCare locations for routine maintenance and repairs. For more information on electric cars, chat with an expert at your local NAPA AUTO PARTS store.