A rain-delayed doubleheader weekend at Texas Motor Speedway brought mixed results for Alexander Rossi, with a top-ten finish in Race 1 and an incident that took the No. 27 out before seeing the green flag in Race 2.

The NTT INDYCAR SERIES entered the last race weekend of a three-in-a-row stretch to kick off the 2021 season with the doubleheader at Texas. The already condensed two-day race weekend schedule was abbreviated even further as weather forced qualifying for both races to be cancelled. The grid for both races was set on championship points standings leading into each race, and teams were given 90 minutes of practice time heading into the doubleheader weekend. 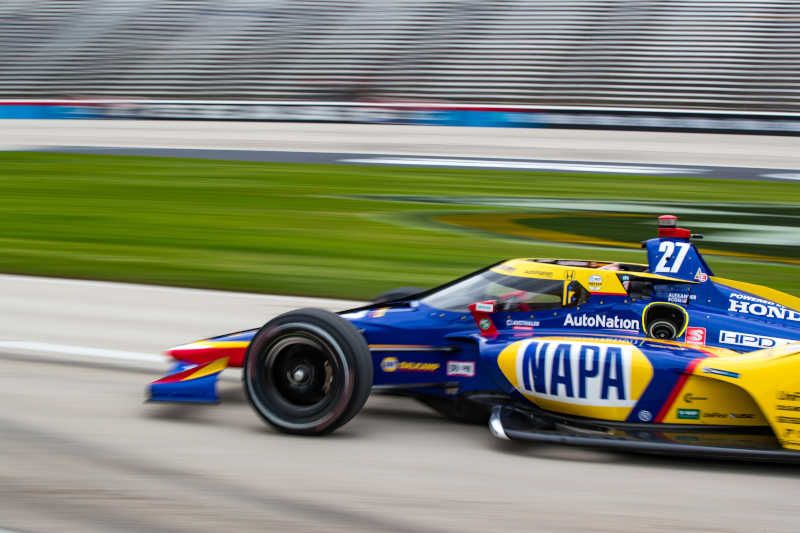 Rossi’s No. 27 Honda kicked off the weekend on Saturday in the blue and yellow NAPA AUTO PARTS livery before switching overnight to the #DrivePink scheme of AutoNation for the second race of the doubleheader on Sunday afternoon.

With the field being set on championship points standings for both races, the No. 27 started the 212-lap Race 1 on Saturday evening in 16th. After a quick first pit stop, Rossi charged his way up to fourth and moved within the top ten for the remainder of the race before ultimately taking the checkered flag in eighth. Rossi was one of the biggest movers of the race, making up eight spots; the top-ten finish moved the NAPA AUTO PARTS team up one spot in the championship points standings. 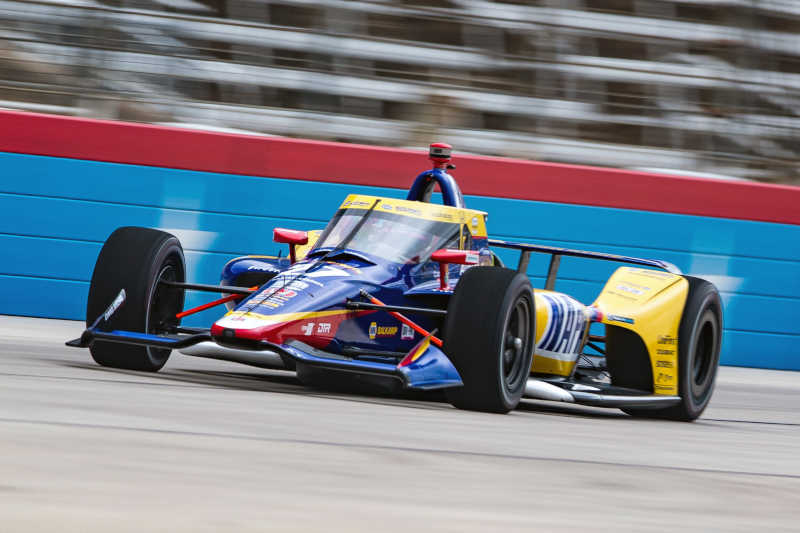 “It was a decent day for us, but Texas is such a track-position race so starting 16th somewhere like here is always going to be difficult,” said Rossi. “I think we had an opportunity to be in the top five. On that first cycle you obviously want to go long and hope that the yellow comes, because you lose so much time during pit stops and the exchange of the two-stage pit limiter. So that first cycle worked out well for us. I think we had a top-six pace car, so it’s unfortunate that we fell short of that.”

After an encouraging top-ten finish in Race 1 that showed the true pace of the No. 27 Honda, Rossi and the team were optimistic for even stronger results in Race 2. Hopes for better results to close out the doubleheader weekend were immediately dashed as Rossi was taken out from behind before he could make it to the green flag. The multi-car incident took out six cars from competition before turning a lap in the 248-lap race. 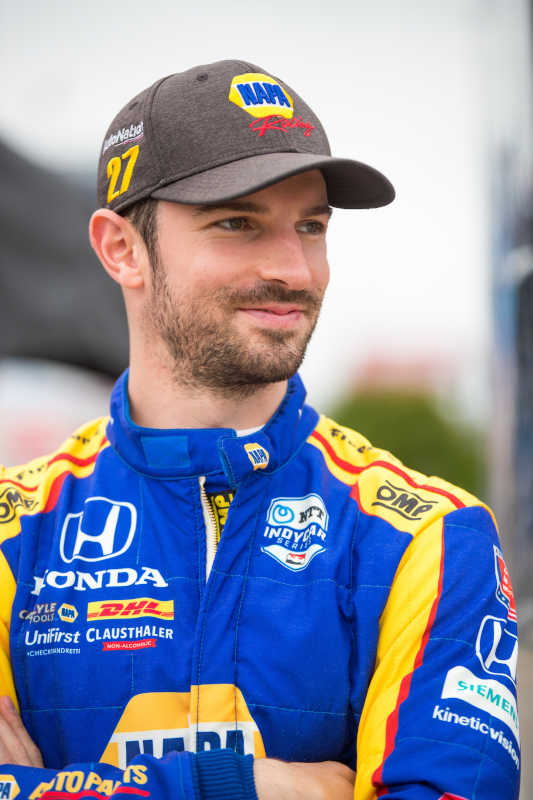 “I’m glad everyone was okay – you never want to see that. Pietro got into Sebastien, which turned him into me and I was just an innocent bystander at that point,” said Rossi. “It’s crazy that two years in a row we’ve had a race where we get taken out before it even goes green. Honestly, it’s because we didn’t qualify. I don’t understand how we sit around all day and you don’t allow cars to qualify for a race that doesn’t have any weather issues. I don’t think the 27 AutoNation / NAPA Honda should have been starting 15th. I understand yesterday that we wanted to get the race in and I’m all for that. It’s just frustrating when you set the grid on points when you have a full day with no other track activity. It’s the same for everyone but I feel like, for us, we didn’t have a 15th-place grid car. It’s pretty crazy, but we’ll reset and go forward in Indy in a couple weeks.”

The NTT INDYCAR SERIES will officially begin their ‘month of May’ at the Indianapolis Motor Speedway with the GMR Grand Prix on the IMS road course on May 15.

Next Race: May 15, GMR Grand Prix at IMS
How to Watch or Listen: NBC Sports Network, PeacockTV and INDYCAR RADIO Sirius 205