We don’t have access to flying cars, yet, but driverless cars are being developed, and mobile phones are smaller than they’ve ever been. Automotive technology is advancing at a pace that’s hard to keep up with, and it seems like only yesterday that the AM radio was a big deal. Today, you can get cars with rear-view cameras, autonomous parallel parking, streaming internet radio, Wi-Fi hotspots and more. If your ride isn’t up to date, though, aftermarket parts can breathe some new life into it. Here are a few aftermarket parts that you can install yourself to upgrade and update your car and bring it at least partially into the 21st Century.

We know that distracted driving is a killer, and mobile phones are one of the biggest distractions of the 21st Century. In fact, using a phone while driving is so dangerous that several states have enacted hands-free laws to at least get drivers to stop touching their phones. Most vehicles older than 2012 don’t offer hands-free calling features, but installing an auxiliary audio receiver bluetooth car kit can make it possible to take and make calls, while firmly keeping your hands planted on the wheel. You can even listen to your music on the road via this device. 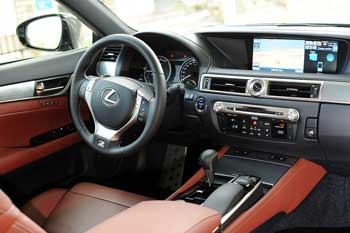 Another new auto gadget is the heads-up display, which projects information from the dashboard display directly onto the windshield. This way, the driver doesn’t have to move his or her eyes far from the road. A heads-up display might be standalone and more expensive, but some use your smartphone on a small platform with a one-way mirror. Mount this on your dash, install an app and enjoy 21st Century technology in any car.

Another fairly new feature is the backup camera. In addition to the rearview mirrors, backup cameras make rear visibility even better. This backup camera system  mounts behind your license plate and sends a video signal to a small screen you can mount on your dash or ceiling. This model even includes trailer hitch sensors for hitching to your boat, camper or other trailer. Other models are wireless, which reduces installation time and hassle, or can display directly on your smartphone.

It doesn’t really matter if your car is five years old or 25 years old, or if it has 10,000 miles or one million miles. If you have a few tools and a few minutes, a couple of aftermarket parts can really improve your driving experience and safety. Plus, if you ever change cars, you can take your new technology with you.

Check out all the maintenance parts available on NAPA Online or trust one of our 17,000 NAPA AutoCare locations for routine maintenance and repairs. For more information on aftermarket parts to modernize your ride, chat with a knowledgeable expert at your local NAPA AUTO PARTS store.