First up for the weekend was two nights at the famed Eldora Speedway. Sweet is familiar with the 1/2-mile, high-banked, clay dirt oval, with multiple wins there in both winged and non-winged competition.

On Friday night, the team joined 37 other cars looking for the win. The NAPA AUTO PARTS team went out late in qualifying and ended up 24th-quick overall in time trials, lining Sweet up in the sixth position in heat race four. Sweet, knowing that each position in heat race action is so important, was determined to make his way to the front. 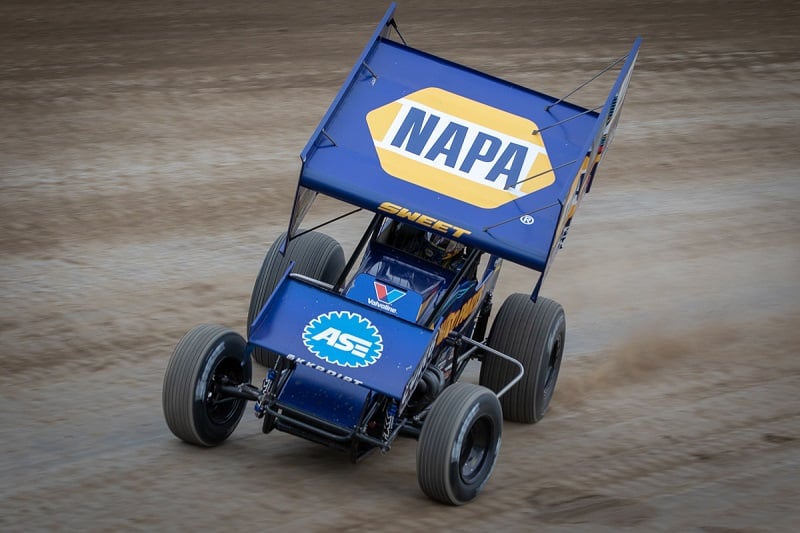 Within the first two laps, the No. 49 charged to an impressive third-place spot and with six laps left, Sweet was able to pass David Gravel and lock himself into the dash. Starting the dash in the fourth position, a bobble on the start would allow Donny Schatz to slip under the NAPA AUTO PARTS No. 49 machine for fourth, putting Sweet into fifth where he ultimately finished.

The green flag waved on the 30-lap feature event and Sweet stay in the fifth position for a few laps before the car came to life, allowing him to pass for fourth. After a few cautions, Sweet bounced around in the top ten before an open red gave the team the opportunity to make changes to the No. 49. With 13 laps to go, Sweet took a liking to the changes and charged to third for the checkered flag.

With momentum on their side, the NAPA AUTO PARTS team headed into night two of the weekend at Eldora Speedway. The No. 49 team struggled again with qualifying and ended up in the 17th position. This time, Sweet lined up in the fifth position in heat race one. With the track still not worked in for a racy surface for heat race one, the field played follow the leader with no spot gained. Sweet finished in the fifth and final transfer spot for the nights 30 laps feature event, lining up in the 17th position. 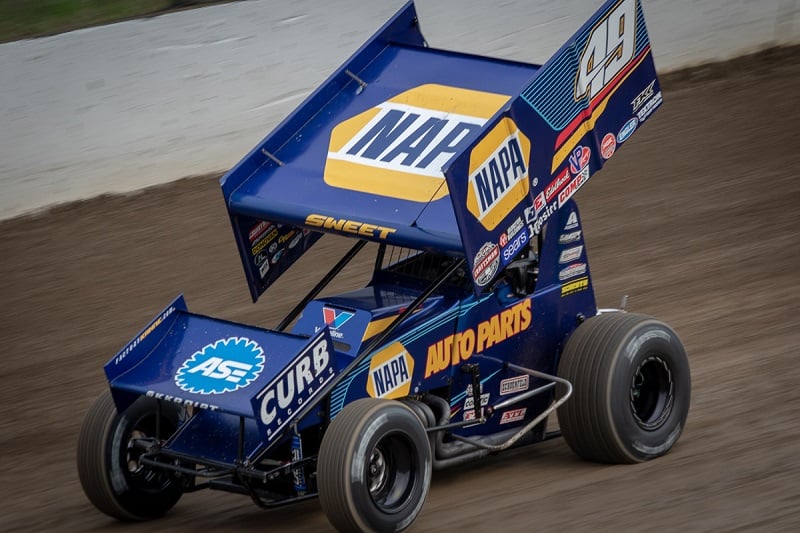 By the halfway point in the race, Sweet had made his way to the 11th position. A few cautions bunched up the field, allowing Sweet to capitalize on them and charge to the eighth position, where he finished the feature.

After two previous rained out attempts, the World of Outlaws made its way back to Tri-State Speedway in Haubstadt, Ind., on Sunday. A field of 43 cars signed in, splitting the teams into two qualifying groups. Sweet went out late once again but finished in the seventh-quick spot. The qualifying time lined up the NAPA AUTO PARTS team in the fourth position in heat race three, with the top two heading to the dash. The front row jumped the start and was penalized two spots, allowing Sweet to now start in the third spot. With ten laps to make something happen, it wasn’t in the cards for the No. 49. Sweet finished in the third spot and earned a 10th-position start in the 40-lap feature.

The field took the green and, for the first 20 laps, the lineup remained the same with Sweet in the 11th spot. When a caution flag waved with 10 laps to go, the NAPA AUTO PARTS car had only gained a few positions on a tough-to-pass race track. Sweet restarted ninth when the green flag waved, but a quick red flag was displayed when four cars in front of Sweet tangled. With only ten laps remaining, the field barely reached lapped traffic and the lineup remained the same. Sweet and his NAPA AUTO PARTS team finished the night in the sixth spot. 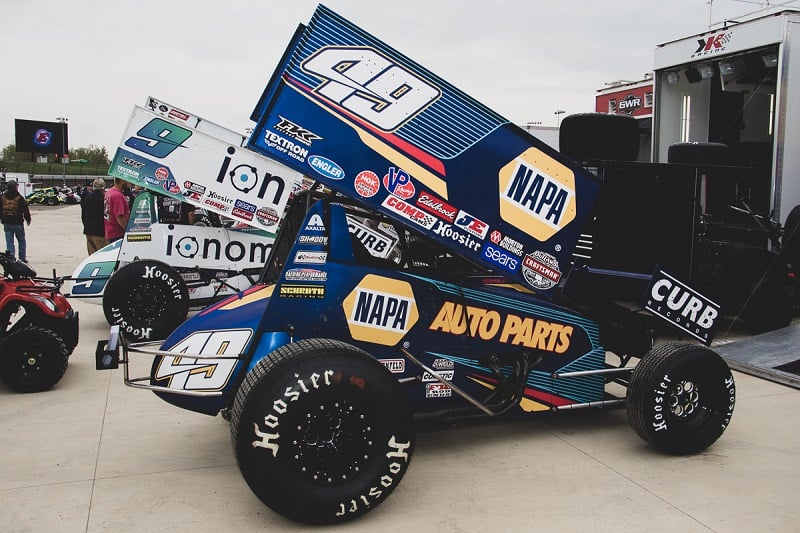 The World of Outlaws teams now head east for three nights of racing in Pennsylvania. First up is Lincoln Speedway in Abbottstown, Pa., on Wednesday, May 16.

Next Race: Wednesday, May 16, Lincoln Speedway, Abbottsville, Pa.
How to Watch or Listen: www.dirtvision.com