Ron Capps began his professional drag racing career in 1995 as a Top Fuel wheelman, and at the Menards NHRA Nationals presented by PetArmor, the two-time and defending Funny Car world champion competed in his 600th NHRA event, making him the third most-tenured driver competing in the category. By qualifying in the No. 9 position, Capps faced another veteran driver in round one as he went head-to-head with Tim Wilkerson, who is fourth on the list of most races entered. 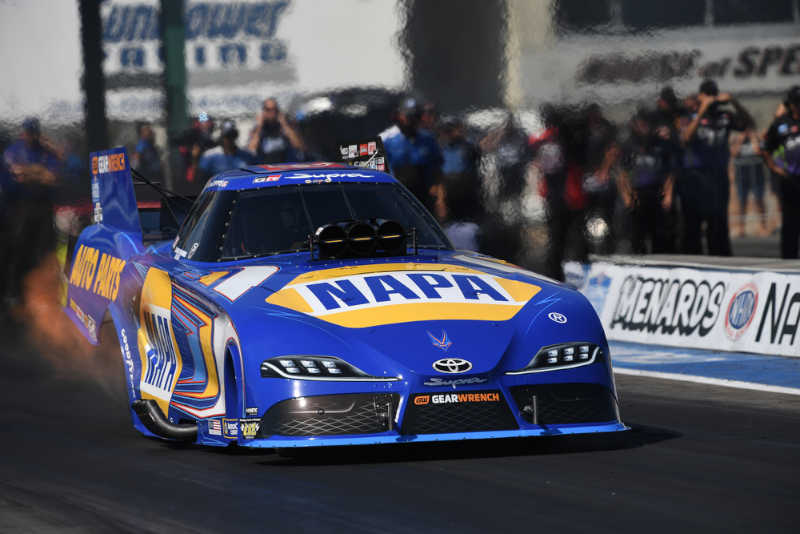 Capps and Wilkerson pulled up to the line for what NHRA had selected to be Funny Car’s ‘marquis match-up,’ and were ready to battle for a bid to the quarterfinals. Capps moved first and despite having to wrangle his car in when it started skating around down track, he earned the definitive win when Wilkerson’s car immediately went up in smoke. 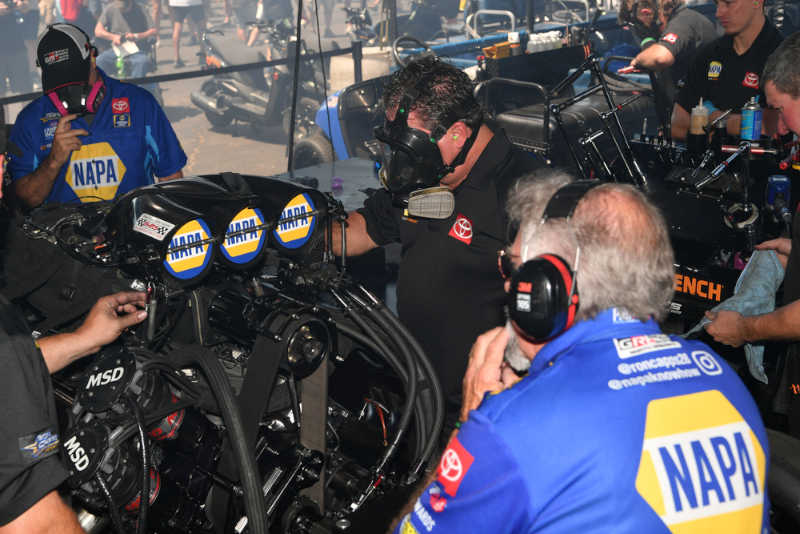 In round two, Capps was pitted against John Force, the only other driver in the category to outrank Capps with 823 events entered. The two winningest Funny Car pilots in NHRA history lined up for the 116th time in their career and put on a good show for the Heartland Motorsports Park fans. Once again, Capps scored the starting line advantage. He charged hard to the stripe aboard his NAPA GR Supra, but Force pulled ahead right as they approached the finish line lights to get the win in a close side-by-side race with Force’s margin of victory being a mere four inches. 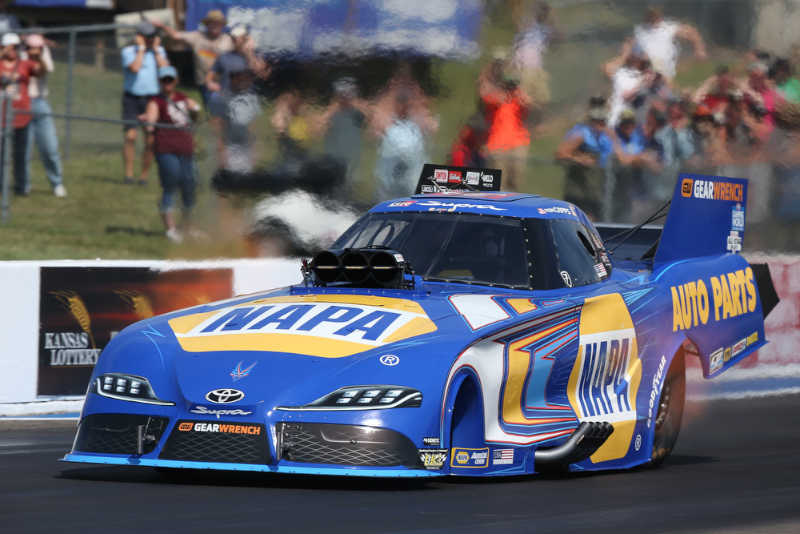 “These races demand a lot out of the teams, the drivers, and the crew chiefs; this is where you really earn your money,” said Capps of the brutal conditions the team faced during the weekend which featured temperatures in the high 90s all weekend long. “The conditions like we saw here in Topeka were as demanding as it gets with the heat. We saw track temperatures upwards of 140 (degrees) and it still blows me away that these crew chiefs can make these cars that quick, and that fast, despite the conditions. 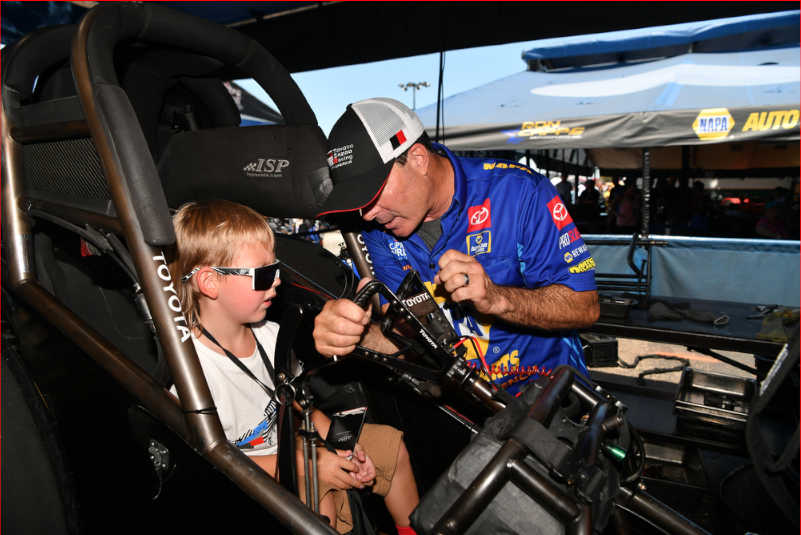 “Overall, it was another great weekend for the NAPA team. We struggled a little bit in qualifying with some things here and there that usually would hamper most teams for races, let alone a couple of runs, but our NAPA AutoCare team was right on top of it and had it figured out quickly and gave me a good car to put on a good race with John Force. It was one of the closest races we’ve lost in a long time, but that’s drag racing. Off we go to Brainerd, Minnesota. These back-to-back race weekends are fun but Brainerd is one of my favorite places. We look forward to it every year and our NAPA guests are full force out there. We have some guests coming from NAPA headquarters so we’re very excited about next weekend.” 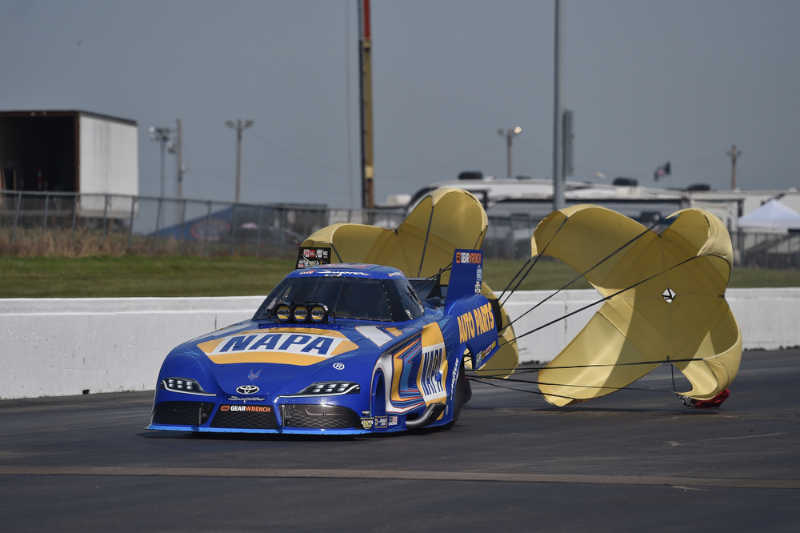