Ron Capps entered Houston Raceway Park armed with momentum following his win at Las Vegas and wasted no time reminding the competition why he’s got the big No. 1 sticker on his NAPA AUTO PARTS Funny Car during the final running of the NHRA SpringNationals.

Capps rocketed to the provisional No. 1 qualifying spot on Friday night only to come back on Saturday and lay down the quickest pass of Q2 during a hot and challenging session where all but one other Funny Car failed to make a full pass. In the final session, Capps clocked another three-second run, making him the only Funny Car pilot to successfully get down the track in all three qualifying sessions. Starting from the pole position for the second event in a row and third time in 2022, Capps was rewarded with a Bye run in the first round of eliminations, but it also meant Capps was guaranteed a tough second-round race, knowing he’d have to face the winner of the Matt Hagan/John Force E1 duel. The Hagan/Force race went in Hagan’s favor and when Capps lined up opposite his former teammate, his efforts to snag a second Wally trophy in his first year as an NHRA team owner were quickly dashed when his machine went up in smoke right at the hit of the throttle. 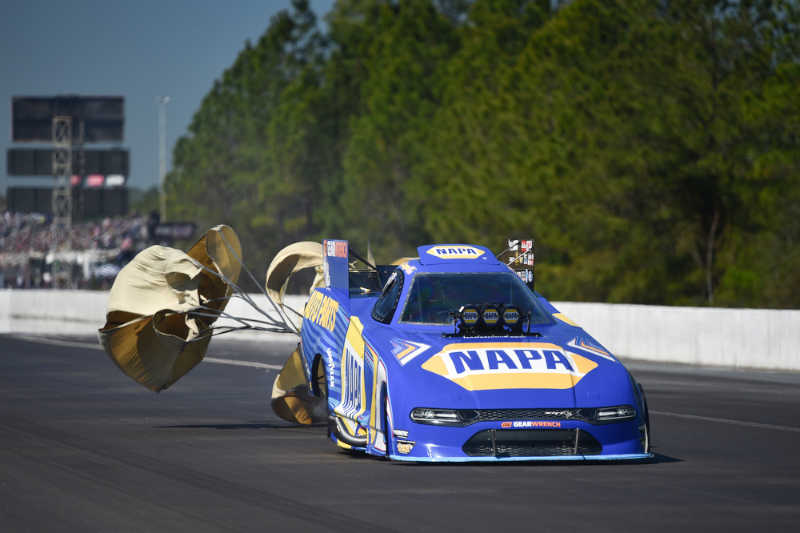 “This was the weekend everyone’s been thinking about, knowing this was the last time we were going to race here,” said Capps, a four-time Houston champion. “I couldn’t be more proud of our NAPA AutoCare team. Obviously, we came here off of that big win in Vegas, and now that we’re running a lot of these races with three qualifying runs, it’s imperative to not only use that Friday night run for seeding where you’re going to be on the ladder, but you also want to go into Saturday with confidence knowing that you’re safely in the show. 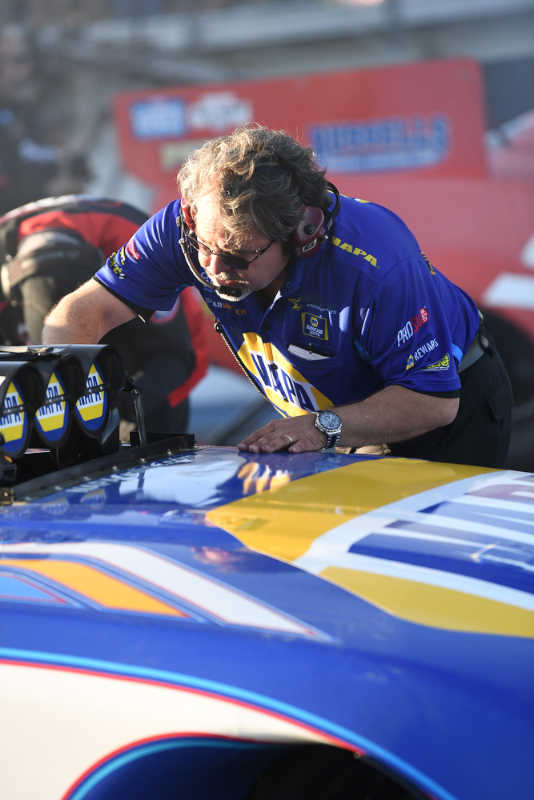 “We executed everything that we had wanted to set us up for a good race day. We made a good run that put us in the No. 1 spot on Friday night, which allowed us to be able to test the race track on Saturday and get ready for Sunday. Anytime you can get a pole position is great and in this case, it was even more important because with 15 cars here, having that No. 1 meant we were going to have a Bye first round, and those are very rare. On the other hand, as much as we loved to have that Bye, it meant we’d have to face the winner of the Matt Hagan/John Force match-up in E2, so it certainly was a murderer’s row when you look at it like that. But, the good thing is, we have Charlotte coming up in a few days so I won’t have to wait long to get back in the seat. 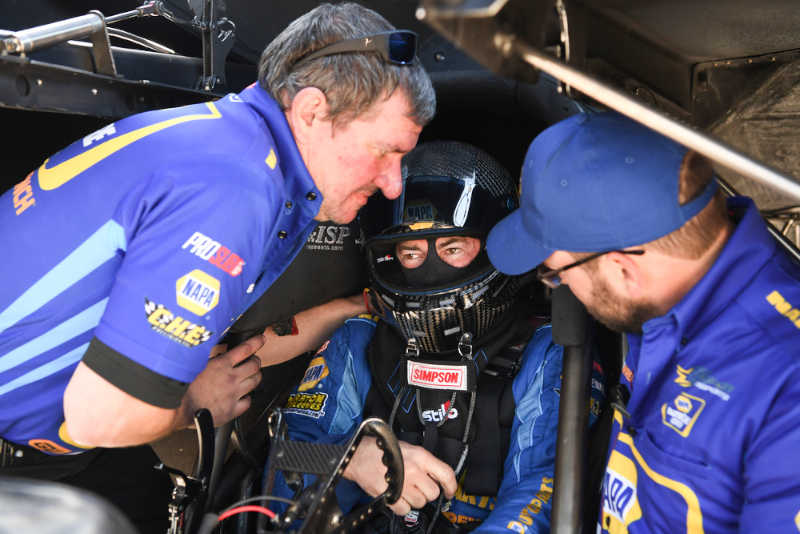 “This season has been a lot of fun so far,” Capps added. “The NAPA AutoCare team is constantly giving Guido (Dean Antonelli) and (John) Medlen a great car, and that makes it a lot of fun. We may have lost in the quarterfinals today but this team has a lot of momentum right now and we’d love to keep that going in Charlotte next weekend.” 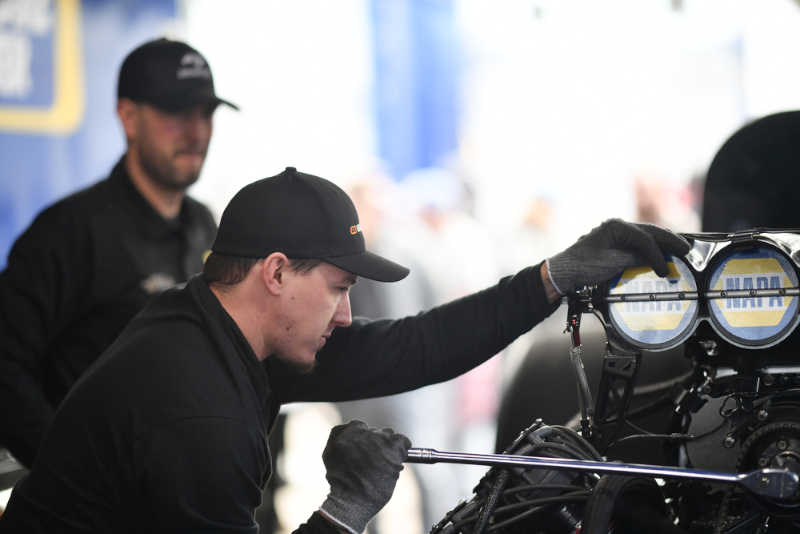