Chase Elliott and the No. 9 NAPA AUTO PARTS team scored valuable points in Sunday’s NASCAR Cup Series race at Talladega Superspeedway and ended the day with a seventh-place finish after a chaotic final lap. The 26-year-old driver continues to lead the point standings after earning his seventh top-10 finish of the season. 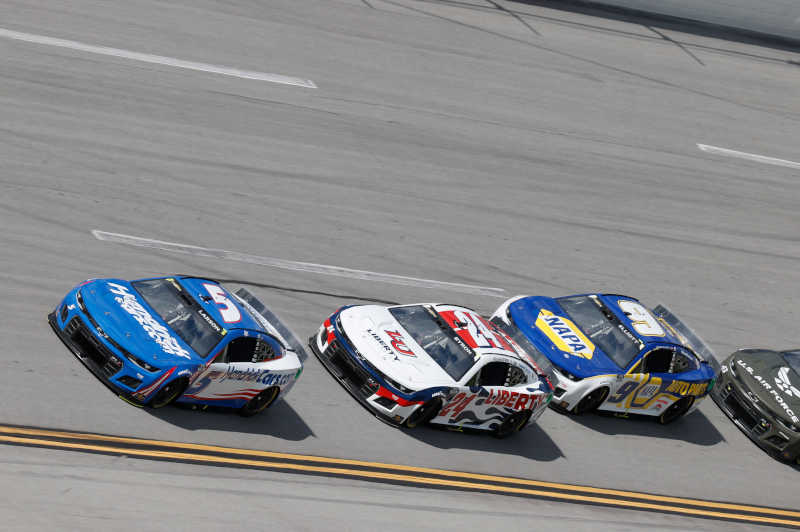 Elliott rolled off the grid from the 28th position and wasted little time improving his position. By lap 15 he was running in 11th and entered the top 10 by lap 24. Crew chief Alan Gustafson called the driver of the No. 9 to pit road on lap 36 with the rest of the Hendrick Motorsports drivers and opted for a fuel-only stop. Back out on the track, Elliott was scored in the third position behind his teammates William Byron and Kyle Larson once green-flag stops cycled through. As the laps wound down for the first stage, a second lane of cars started gaining on the leaders. Elliott stayed committed to the bottom lane with his teammates to end the second stage in sixth. 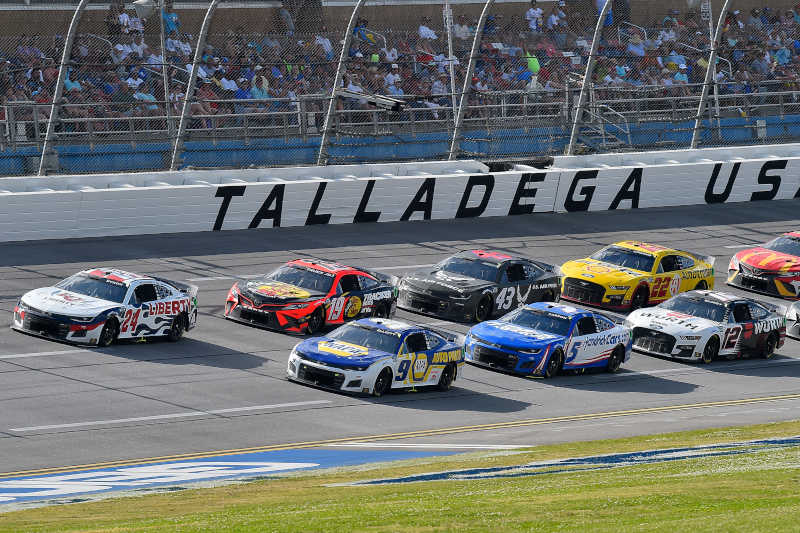 Under the stage-ending caution, Elliott brought the NAPA AUTO PARTS Chevrolet Camaro ZL1 to the attention of his crew for a fast stop for four fresh tires and fuel. Gaining three spots on pit road, he took the green flag for the second stage in the third position on lap 65. Elliott utilized the inside line and remained with his teammates. When the caution came out on lap 82, he brought his No. 9 Chevrolet to pit road for a fuel only stop. Elliott remained inside the top five through a series of cautions and moved up to second before another yellow flag waved on lap 107. Staying out, the Dawsonville, Georgia, native restarted in second and held on to the position to close out the second stage. 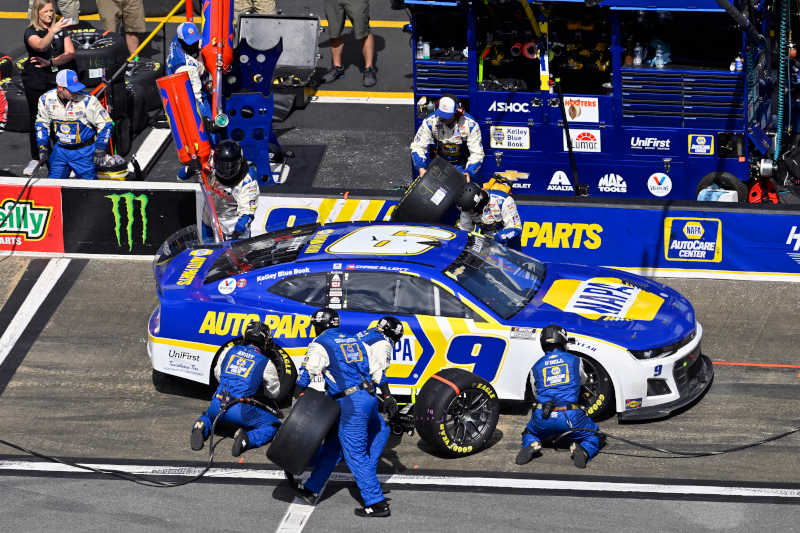 Prior to the start of the final stage, Elliott pitted for four tires and fuel. He took the green flag from the 10th position on lap 126 and utilized the outside line before dropping to the bottom to reconnect with teammates Larson and Byron on lap 132. Elliott was in the ninth position for several laps as the field ran single file until an outside line started forming again. He dropped outside the top 10 after the outside line gained momentum and found himself in 12th with 25 laps to go after pitting for right-side tires and fuel a few laps prior. Elliott rejoined the top 10 with 17 laps to go and made a move to the outside ahead of Ryan Blaney, advancing his position closer to the top five before the line stalled out. Elliott made one more run towards the front and avoided a last-lap multi-car incident to earn a seventh-place result. 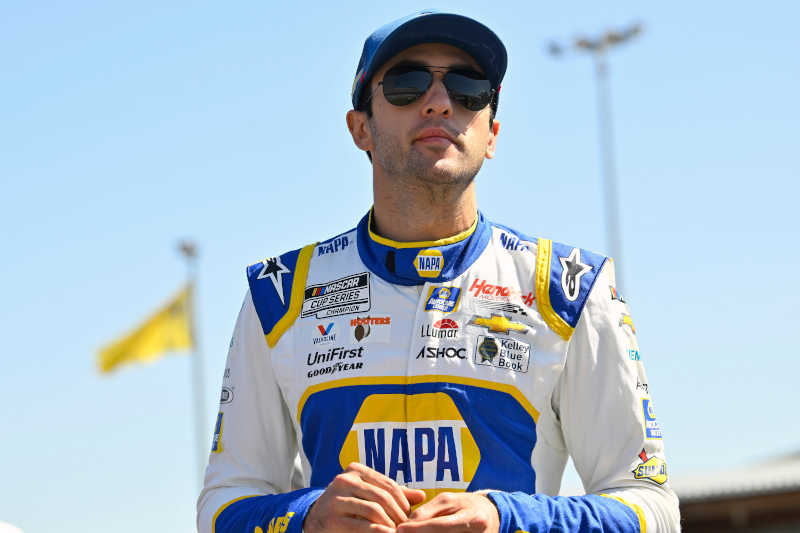 The finish was his seventh top-10 effort of the season, and he expanded his Cup Series point standings lead to 21 markers over Blaney.