Alexander Rossi and the No. 27 NAPA AUTO PARTS / AutoNation Honda qualified fourth at the Honda Indy Toronto before contact ended his run for a podium finish. 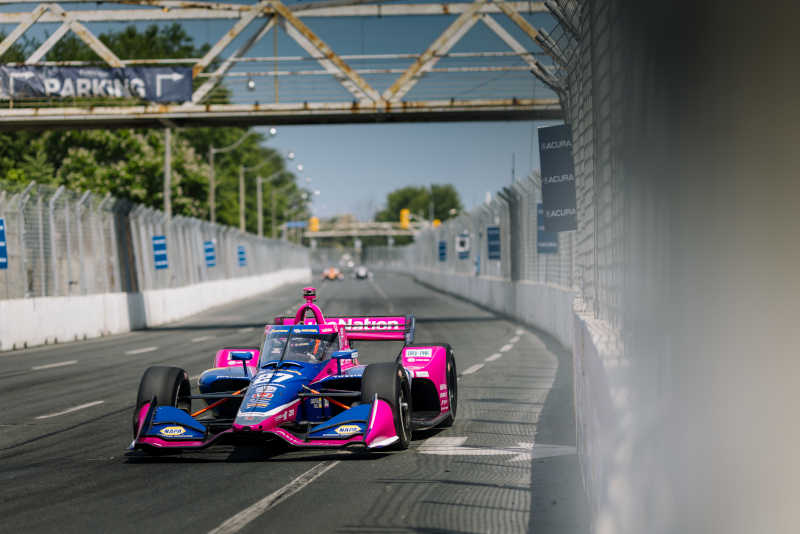 Andretti Autosport took on the mean streets of Toronto with the NTT INDYCAR SERIES for the first time since 2019. The outcome was a strong showing, with all four Andretti Autosport entries advancing into the top 12 of qualifying. 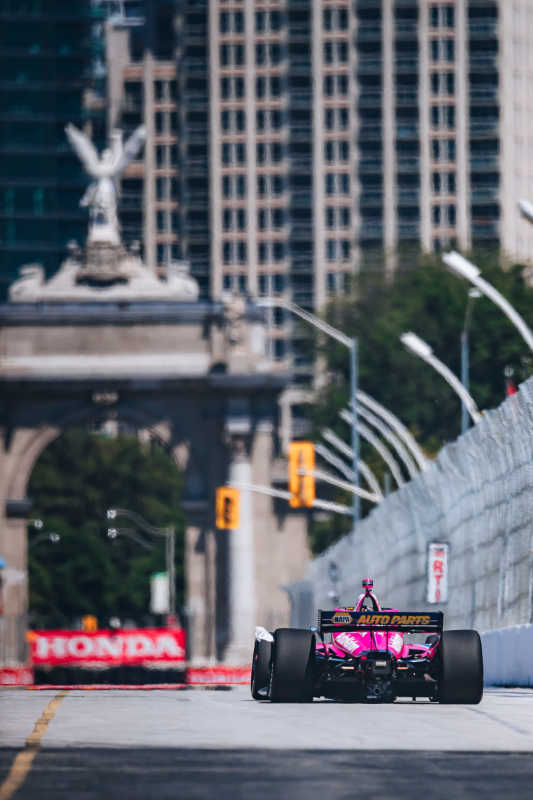 Rossi showed strength all weekend, topping the time charts in Practice One and finishing Practice Two inside the top 10. Rossi qualified the No. 27 NAPA AUTO PARTS/ AutoNation Honda fourth overall and would run most of his race in fourth place. 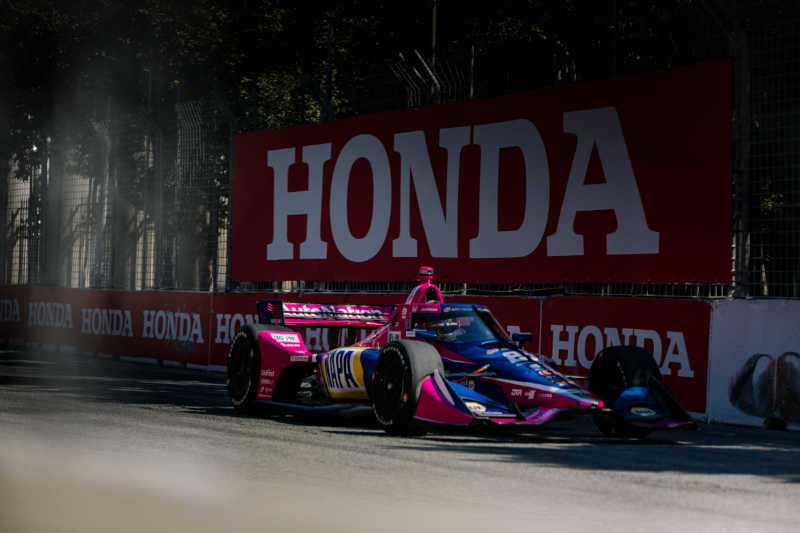 While Rossi made lunges for third, it was while defending his fourth-place position on Lap 45 that the No. 7 car came together with Rossi and pushed the No. 27 into the Turn 3 tire barrier. The damage sustained from contact with the barrier ended Rossi’s race and settled him with a 23rd-place finish. 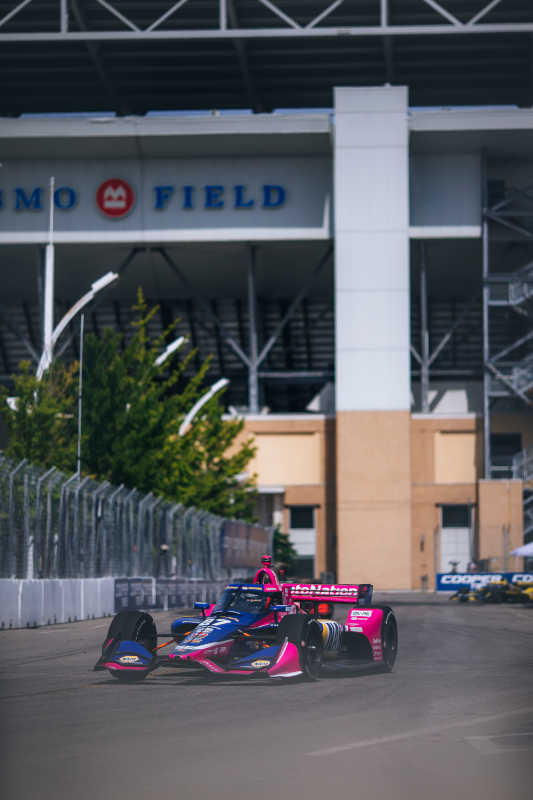 “Really disappointing. We had a fast car all weekend and I think we easily could have contended for the podium at least. It was a bit of a weird one with Felix there – that’s racing, I guess.” 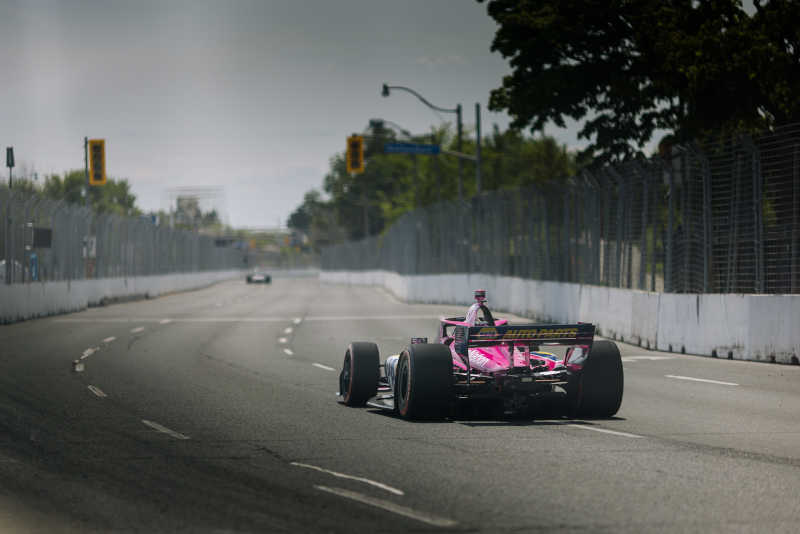 Andretti Autosport heads to Iowa Speedway for the Hy-Vee INDYCAR Weekend. Iowa Speedway hosts the only double-header weekend of the season with a race on Saturday, July 23 and Sunday, July 24. The race is broadcast on NBC, NBC’s Peacock, Sirius XM and INDYCAR Radio. Fans attending the race will be treated to concerts both pre and post-race each day with Tim McGraw and Florida Georgia Line playing Saturday and Blake Shelton and Gwen Stefani performing Sunday. 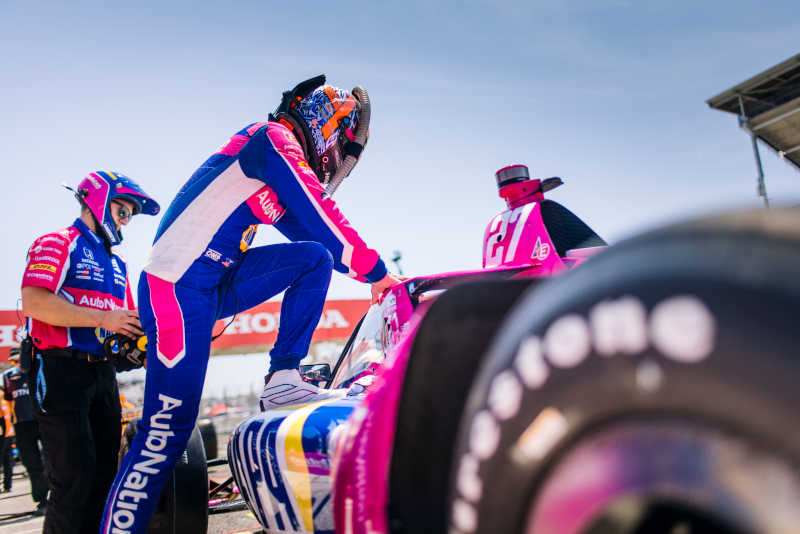 
Next Race: Saturday, July 23 and Sunday, July 24, Iowa Speedway
How to Watch or Listen: NBC, Peacock and INDYCAR RADIO Sirius 205