The first time Capps won an NHRA event title near St. Louis was in 1997, and also was his first in a Funny Car. 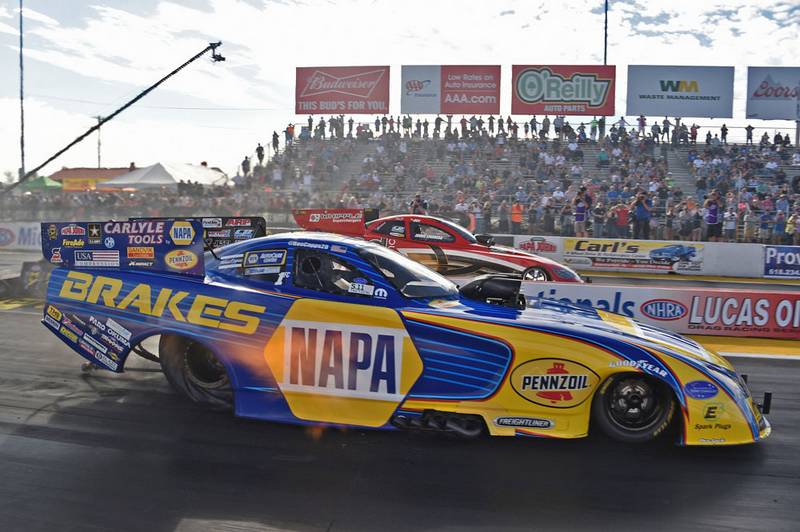 As meaningful as that milestone is to the driver of the NAPA Brakes Dodge Charger R/T, he ranks the 58th title he won Sunday at Gateway Motorsports Park with nearly equal importance. 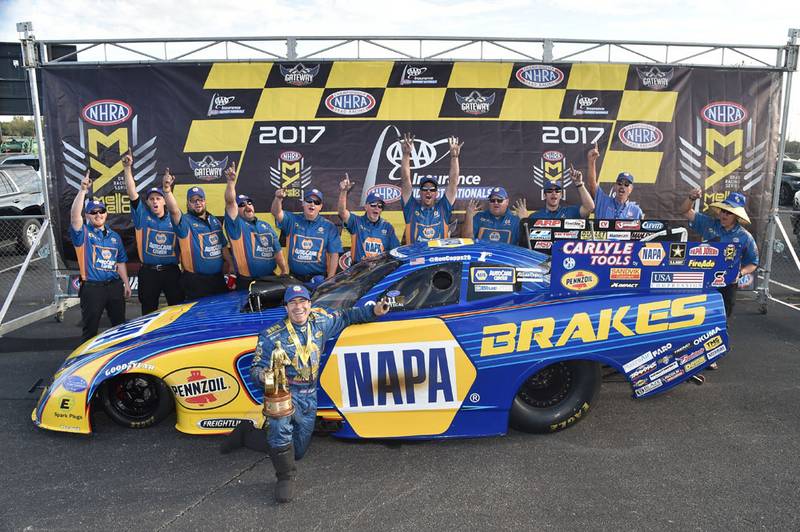 It is his career-best eighth NHRA Mello Yello Series title of the year in 21 events, his second in seven days and extended the reigning champion’s points lead to 46 at the midpoint of the six-race Countdown to the Championship playoff that resumes in two weeks near Dallas.

“Tobler’s the best racer, and so much fun to race with. I love his old-school mentality, he gave me the biggest compliment I’ve ever had working for him when he turned around to me after one of the rounds today in the pit area and I said, ‘great job, man, great run, we didn’t have lane choice, just a great job.’ And he said, ‘no, you’re driving like a champion.’ ” 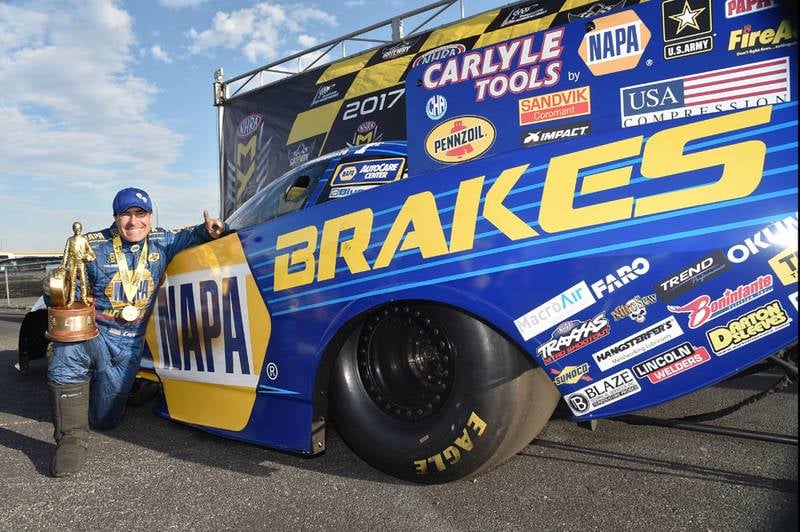 Capps’ time of 3.879 seconds at 329.91 mph kept finalist Jonnie Lindberg with Jim Head Racing from winning his first NHRA nitro title. For Capps, it was the 58th of his career including his first in Top Fuel and the 316th for Don Schumacher Racing.

The NAPA Brakes Dodge recorded times Sunday between the winning 3.879 and 3.908 in the opening round after qualifying third with a best time of 3.849. 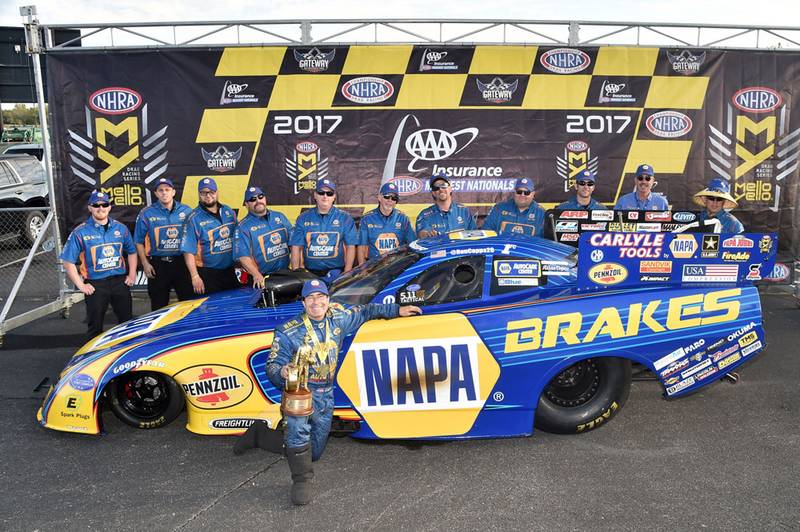 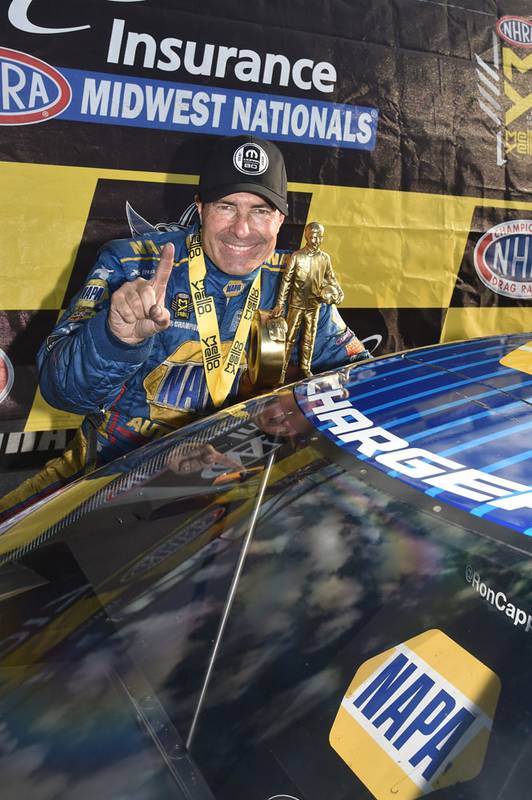