With only two races remaining between the NHRA Northwest Nationals and the U.S. Nationals, the final event of the NHRA’s ‘regular season,’ the Ron Capps Motorsports team used Seattle’s three qualifying rounds to prepare for the upcoming Indianapolis event and the six-race Countdown to the Championship playoffs. The reigning world champions know that the key to Countdown success is consistency, and they opted for a ‘big picture’ approach this weekend at Pacific Raceways. 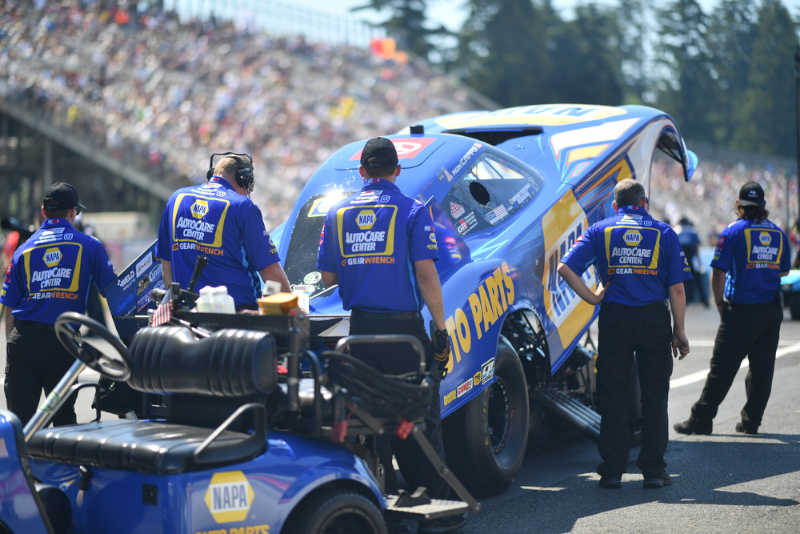 After treating Seattle’s three qualifying rounds as test sessions, Ron Capps and the NAPA AUTO PARTS crew found themselves in the eighth position on the Funny Car ladder heading into race day and facing a tough first-round competitor in Robert Hight. Against the current point leader, Capps moved first to give himself the early advantage but his machine lost traction as he neared halftrack while Hight made a clean pass in the opposite lane for the win, ending Capps’ day after the first round. 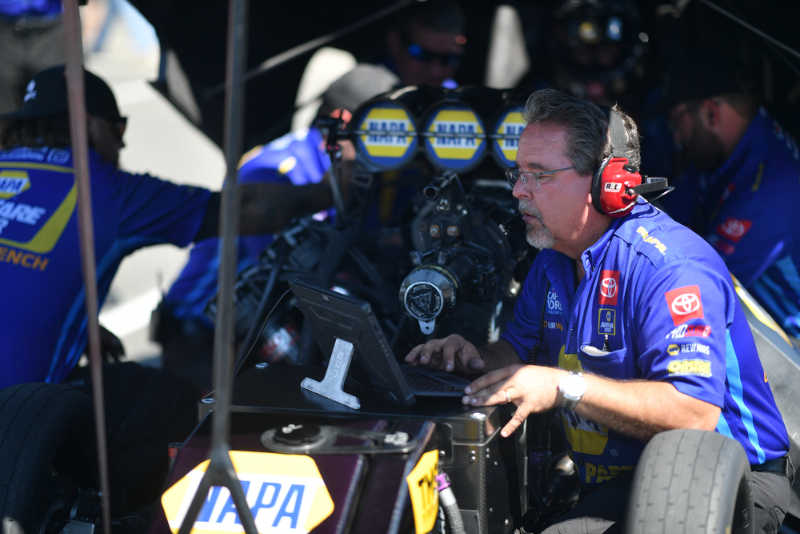 “As a team owner, I do not care if we go out and smoke the tires when Guido (crew chief Dean Antonelli) is trying to run low E.T.,” said Capps of his first-round contest. “We knew Robert Hight and (crew chief) Jimmy Prock were going to run a low 3.90 today, and you can’t expect to beat them unless you run that number, which is what we were after. 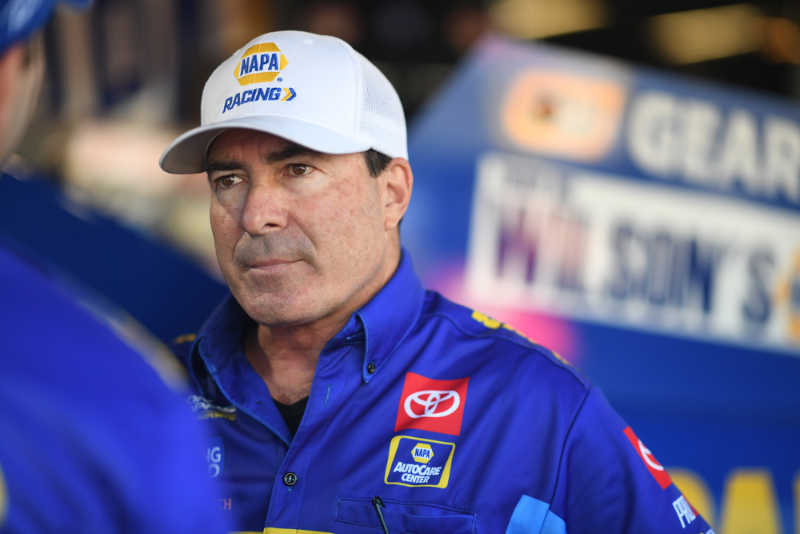 “You get to this time of the year and you look at the schedule and there’s just a few races left before you get to Indy, the last spot where you can earn points to secure your position in the Countdown,” added Capps of the NAPA AUTO PARTS team’s Northwest Nationals strategy. “We’ve been pretty high up in the points all season which gives us the luxury of being able to test some things out during qualifying at these last couple of events so that we’re well-prepared for the Countdown, the time in the season where round wins really matter. But, it’s a tradeoff because taking that approach may cost you a top-seeded qualifying position which sets you up for a tougher round-one match-up on race day. So, you take this weekend, for example, where we only had three qualifying rounds, and then you throw the weather on top of it, and we found ourselves in eighth facing Robert Hight on Sunday morning. Obviously, no one wants to be out after the first round, but I’m not stressing it; we have a great NAPA AUTO PARTS GR Supra. We won the world championship last year because we were consistent during the Countdown, and that’s what we’re working toward this year again.” 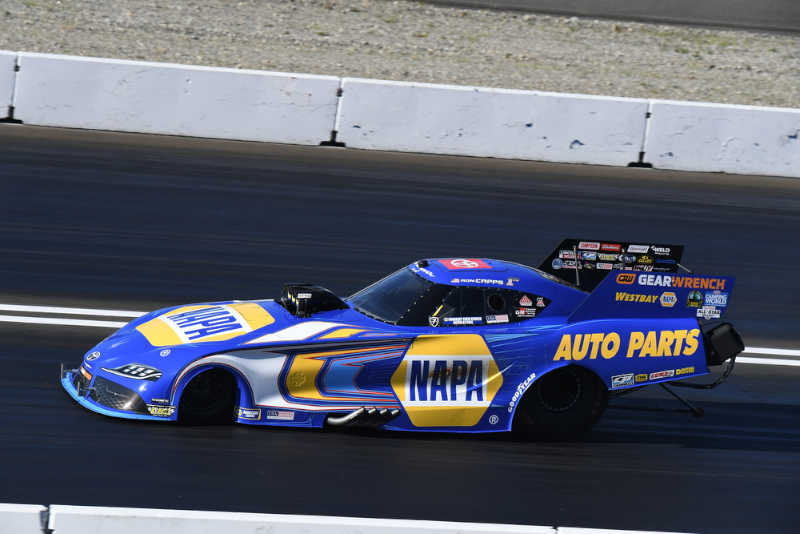 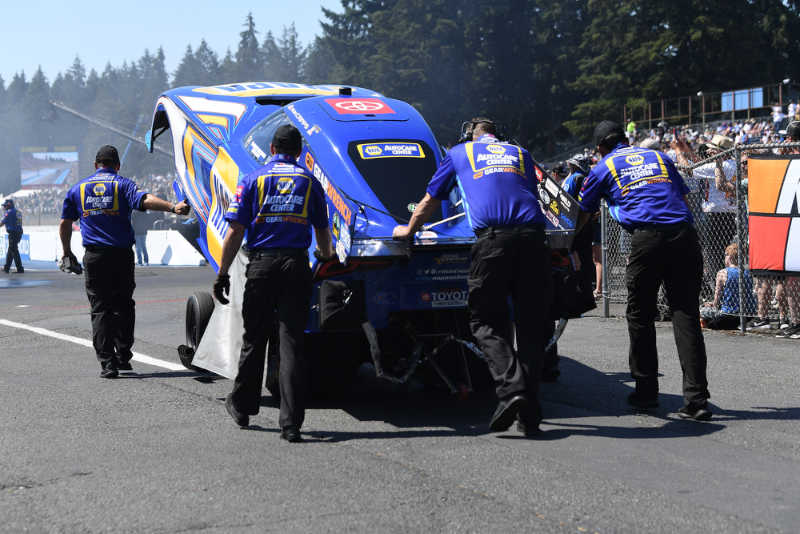