Ron Capps rocketed to a runner-up finish during his 127th career final round on Monday afternoon at the rain-delayed Mopar Express Lane NHRA SpringNationals Presented by Pennzoil.

Capps’ march to the final began by keeping his 2021 streak of top-five qualifying positions alive with a 3.941-second pass aboard the NAPA AUTO PARTS Dodge Charger SRT Hellcat to move into the No. 3 spot on the ladder. Rain washed out all four rounds of Funny Car eliminations on Sunday, setting up a Monday morning showdown between Capps and No. 14 qualifier Paul Lee in round one. The four-time Houston Raceway Park event champion powered the NAPA Dodge to a blistering 3.894-second pass which not only rewarded Capps with the round win, but held up to be low E.T. of the entire event. 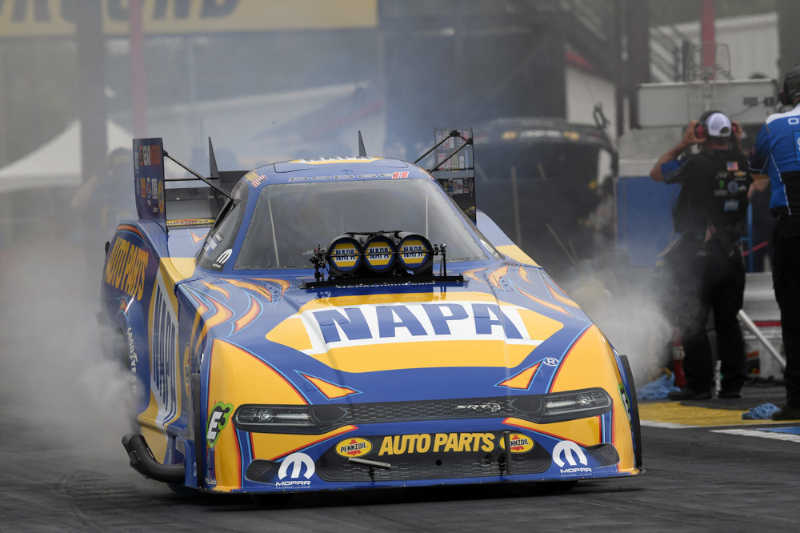 In round two, it was a battle of the DSR Dodges as Capps lined up opposite teammate Matt Hagan to see who would represent drag racing’s winningest team in the semifinals. Capps scored a slight starting line advantage and never trailed for the win, clocking a 3.929 versus his teammate’s 3.964-second effort. For the third time in a row, Capps had lane choice. Once again his Dean ‘Guido’ Antonelli and John Medlen-led team chose the left lane where they tuned Capps to another stellar pass of 3.915 seconds to defeat Tim Wilkerson’s 3.999 E.T. in the semis. The NAPA team then faced Robert Hight in the final, and for the first time all day, found themselves without the advantage of lane choice. Knowing Hight was capable of putting big numbers up on the scoreboard, the NAPA team knew they had to push it. Unfortunately, Capps’ car overpowered the track before the 330-foot timing block, and Hight made a clean pass for the win. 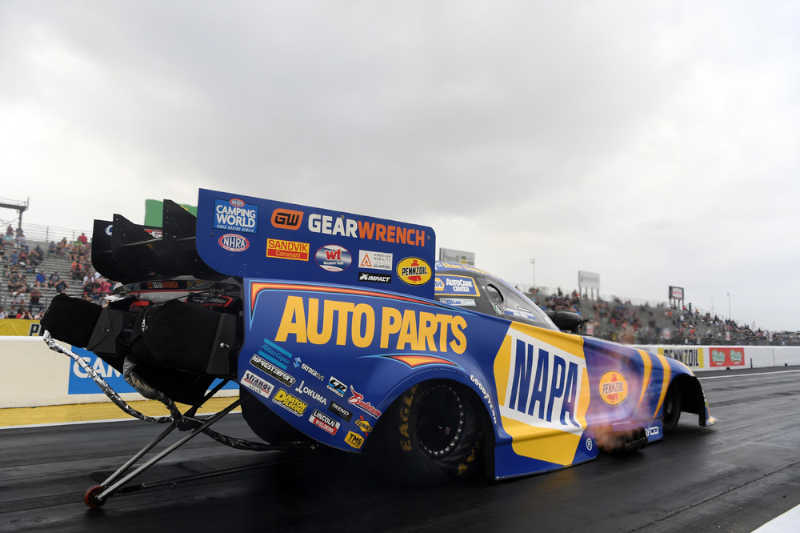 “We really wanted to show off today, and it was close,” said Capps, the 2016 Funny Car world champion. “The car is much better than the results we’ve shown and it’s just been weird stuff. I knew the momentum was coming. We have a great race car and we’re going to have a lot of long days, and it’s just really fun right now with the NAPA team. We lost lane choice in the finals but not by much. We had been in the left lane all day. Guido (Dean Antonelli) liked that left lane and we felt comfortable over there. It’s a little bumpier in the right lane and we weren’t sure we could push it. We knew Robert Hight’s team would go up there and go 3.90 or .91, which is what they ended up running. Overall, a great weekend for the NAPA AutoCare crew. My team put a great car together for Guido and John Medlen. We had a great time with our NAPA guests and we’re looking forward to the many races coming on.” 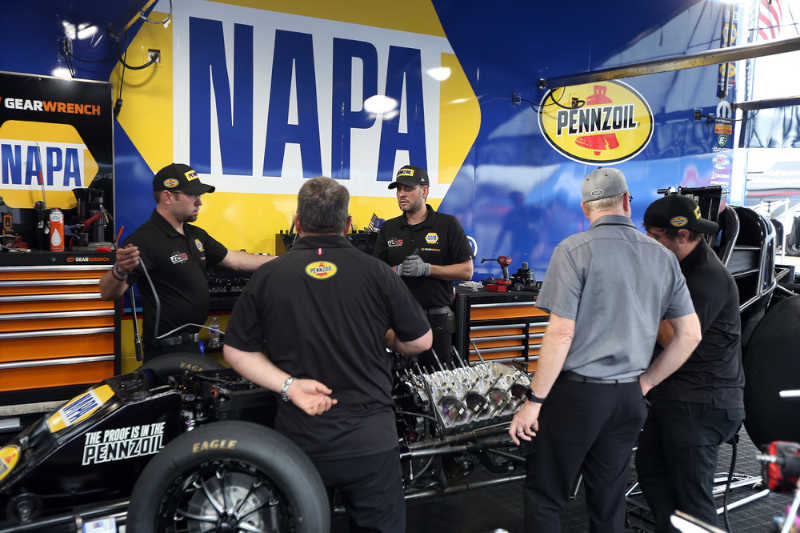 Monday’s outing marked the NAPA team’s first final round of the season and moved Capps up from fifth to fourth place (tied with Hight) in the Funny Car rankings. Capps sits within a two-round striking distance of taking over the No. 3 spot, but will have to wait three weeks before hitting the track again for the NHRA New England Nationals, where he will have another shot at moving up the leaderboard.