Ron Capps put on a stellar performance throughout qualifying during the NHRA Midwest Nationals, earning  the No. 2 qualifying position to start race day.. During Sunday’s elimination rounds, Capps’ NAPA Dodge continued to impress, clocking two sub-four second passes, but he suffered a rare holeshot loss in the quarterfinals, ending his day early.

Championship-contender Capps scooped up five out of nine possible bonus points during qualifying by recording the best run of Q1 and second-best run of Q3 to qualify second for the third of seven playoff races.

In the opening round of eliminations, Capps powered the NAPA AUTO PARTS Dodge Charger SRT Hellcat Funny Car to a stout 3.854-second pass at 333 mph, which held up to be low E.T. of the event, and easily defeated Chris King’s 6.016-second run. In round two, Capps faced fellow top-seeded Countdown challenger John Force. The two winningest drivers in the Funny Car category lined up side-by-side, and in true Force fashion, he opted to deep stage. While Capps is used to Force’s starting line antics, even the most ‘cool, calm, and collected’ driver can fall victim, and Capps clocked an out-of-character 0.121-second reaction time to Force’s 0.039. Capps tried to overcome Force’s starting line advantage, driving the NAPA Dodge to the stripe in 3.929 seconds, but wasn’t able to catch up with Force who crossed the beams in 3.970 seconds. 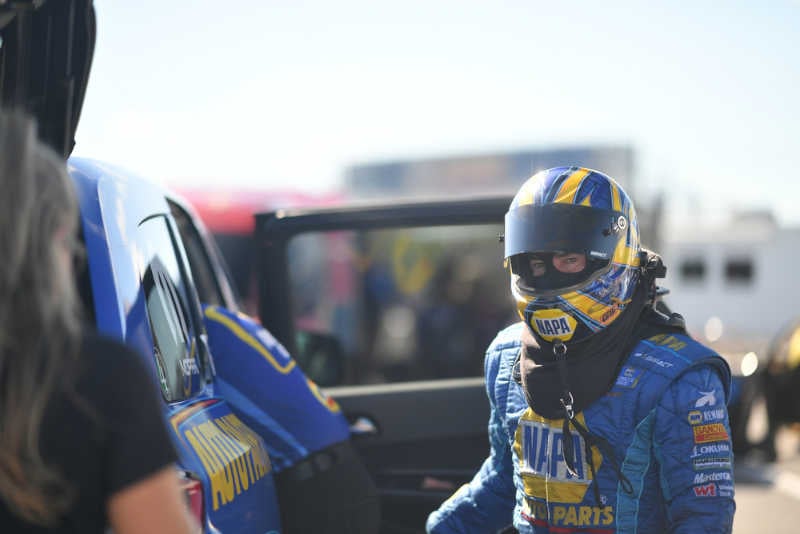 “It definitely threw me off,” said Capps, referring to Force putting the top bulb out in their round-two match-up. “Add me to the list, we saw it happen with Robert Hight earlier and he’s as good as it gets out here as a driver. You know Force is going to do it, it’s a possibility. When the light went off on the last second, you’re so focused on your ambers, you do see it out of the corner of your eye, and most of the time I run him I’m laughing in the car because he tries to do that to me. I’ve been driving for 27 years, I don’t think I’ve ever had a light that bad in eliminations, especially with the pressure like we have right now. I let my guys down, and it hurts bad right now, but we have a great hot rod, that’s the good thing. I’m better than that. We don’t have the luxury of making another lap and trying to make up for it like NASCAR or IndyCar guys when they have something go wrong. This is it; it happens, and you have to live with it and I’ve got two weeks to think about it.” 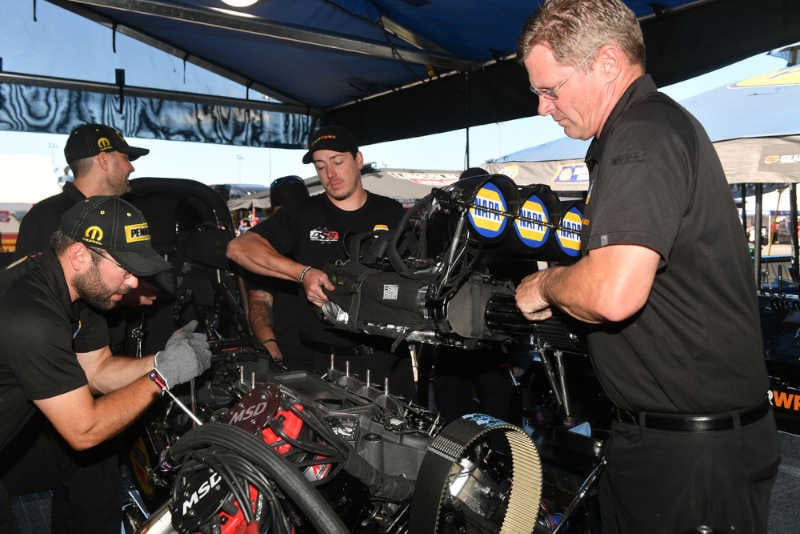 Capps closes out the NHRA Midwest Nationals ranked second in the Countdown to the Championship point standings, trailing teammate Matt Hagan by less than three rounds. 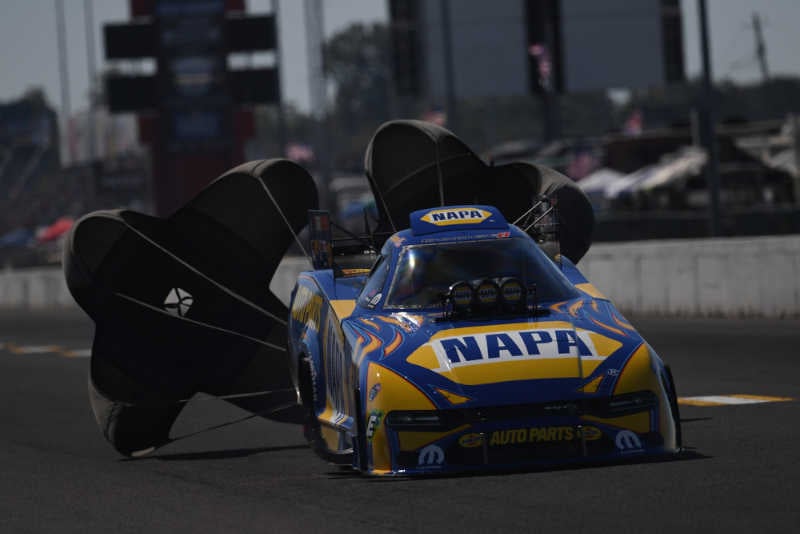 NAPA Know How Blog Capps Ranked No. 2 after Third of Seven Playoff Events