After a few weeks on the West Coast, the World of Outlaws NOS Energy Drink Sprint Car Series made it back east for a pair of races on Friday and Saturday at Eldora Speedway and Lernerville Speedway, respectively. 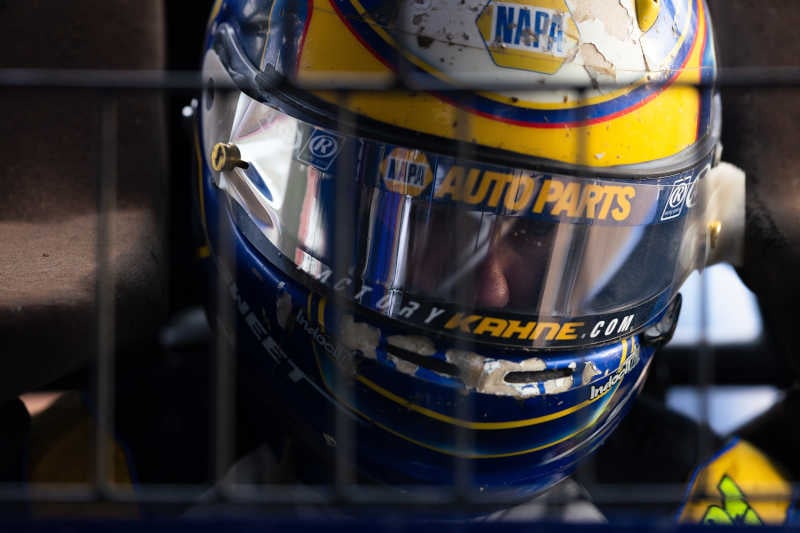 On Friday night, Sweet started off the night behind the eight ball with an 18th-place qualifying time. Starting deep in heat race two, he advanced three positions to finish second and lock into the Fast Pass Dash. He drew the fifth starting position for the dash and gained two spots to finish third in the six-lap shootout. 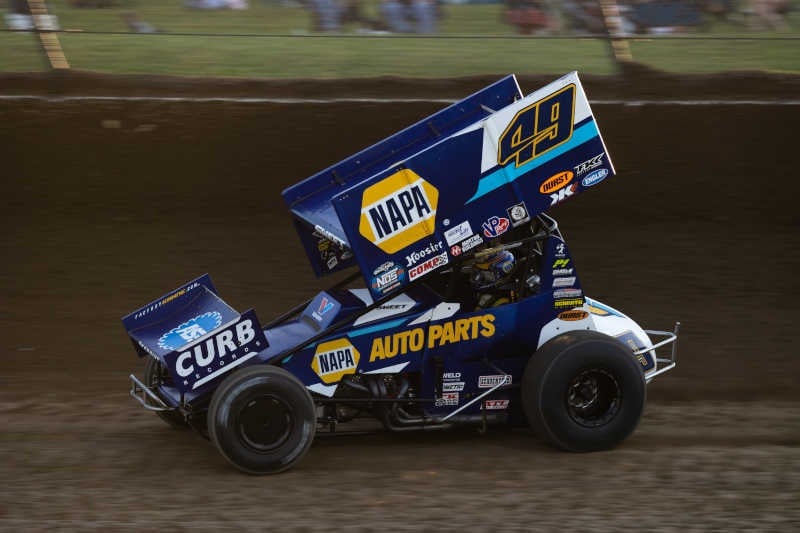 By way of his dash finish, Sweet lined up third for the 30-lap BeFour the Crown Showdown. When the green flag waved, the No. 49 immediately joined a three-car battle for third before taking sole possession of the position and setting his sights on the lead duo. Bad luck struck on lap 11 as Sweet suffered a flat right rear tire and had to visit the work area. After rejoining the field at the tail, he was running in 17th with seven laps to go when he had another flat right rear tire. He ultimately finished the event in 19th.

The NAPA team put Eldora in the rearview and refocused for Saturday night’s Commonwealth Clash at Lernerville Speedway. Sweet’s night began with a third-best qualifying lap. He started on the pole of his heat race and led flag-to-flag to earn a spot in the dash for the second night in a row. After starting sixth in the dash, the Grass Valley, California, native clicked off two positions to finish fourth. 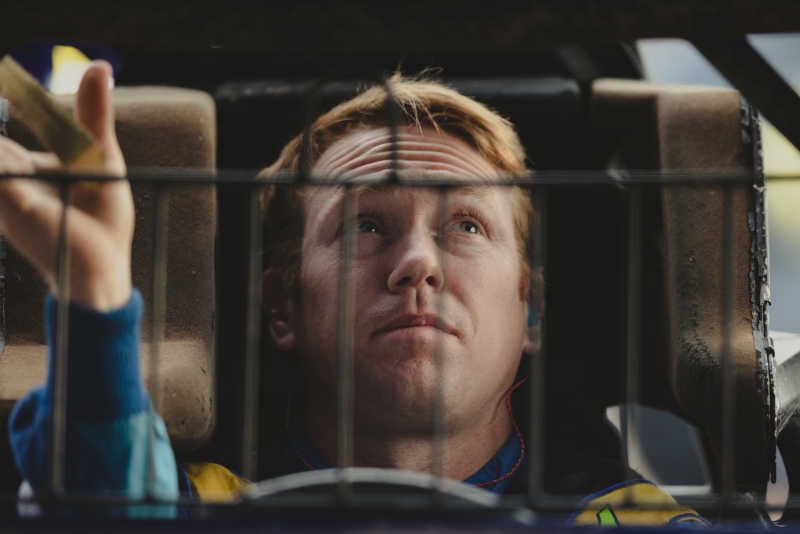 At the drop of the green flag for the 35-lap clash, Sweet used his high side momentum to move into third. The NAPA AUTO PARTS No. 49 threw a slidejob for second on lap 11, followed by another slidejob on lap 12 to take the lead. A late caution bunched the field up for the final restart of the race and allowed David Gravel to squeeze by Sweet entering turn three on lap 23. Gravel led the rest of the way and Sweet brought the car home in second, 1.4-seconds back after leading ten laps in the event. The second-place result was his ninth runner-up finish of the 2021 season. 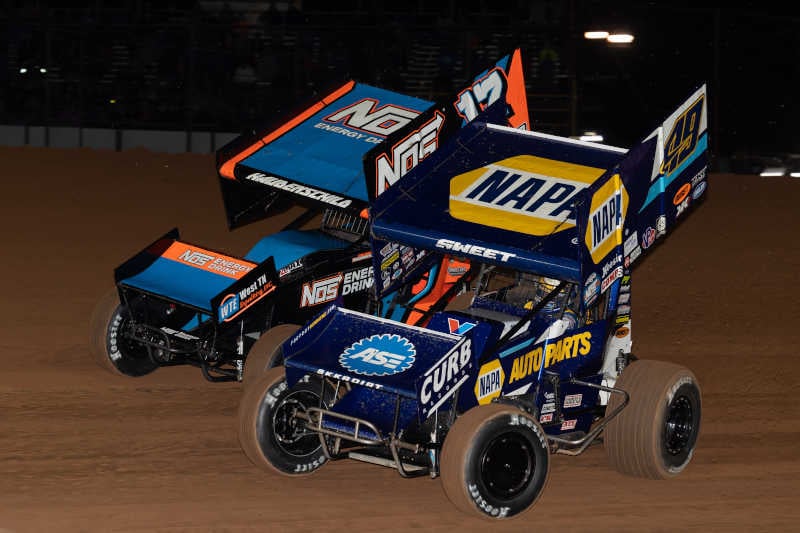 The World of Outlaws NOS Energy Drink Sprint Car Series will remain in the Keystone State next week for the final crown jewel event of the season. Williams Grove Speedway in Mechanicsburg, Pennsylvania, will be the site of the $75,000-to-win National Open on Friday and Saturday, October 1-2. 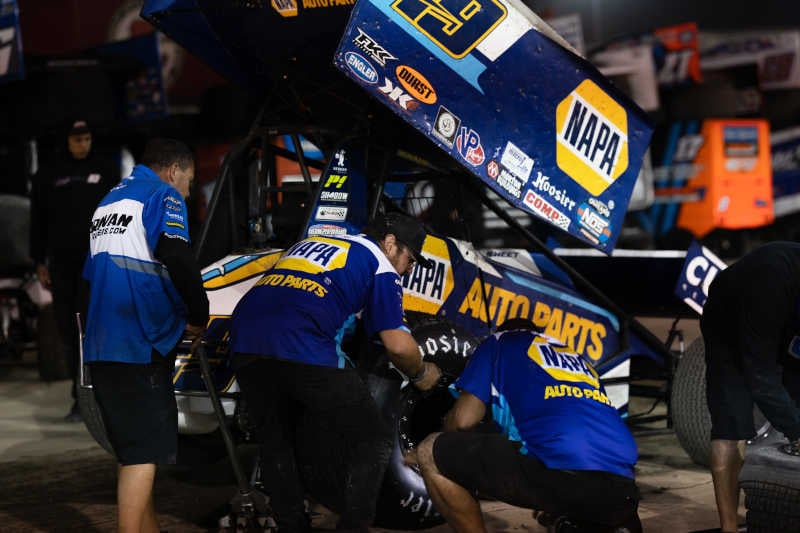 The highlights of Sweet’s runner-up finish in the Commonwealth Clash can be seen on the World of Outlaws YouTube Channel here. 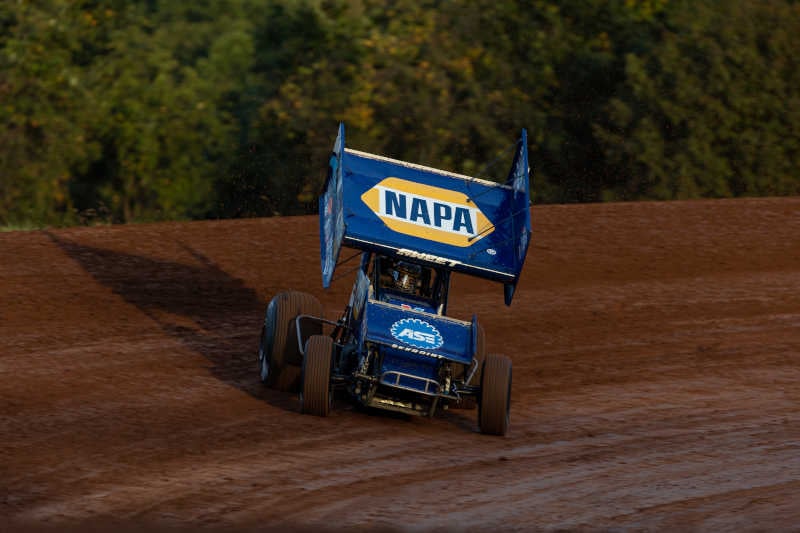 The NAPA No. 49 team retains a 120-point lead in the series standings with nine races remaining.