After winning his heat race and starting fourth in the feature, Brad Sweet finished sixth Friday in the Tom Tarlton Classic at Keller Auto Speedway, the final stop on the World of Outlaws Sprint Car Series West Coast swing. The NAPA AUTO PARTS driver extended his championship points lead at the 3/8-mile track in his home state of California. 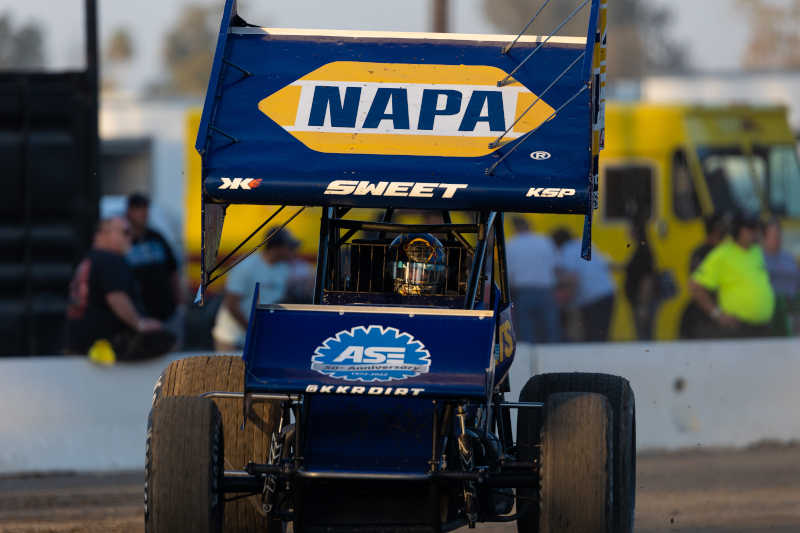 With a best finish at the event of second in 2021, Sweet entered Friday’s race among 32 cars signed in to compete for a $21,000 top prize. Qualifying 14th, the driver of the NAPA No. 49 laid down a lap time of 13.670 seconds, third fastest overall and good for a first-place start in Heat Race 3. 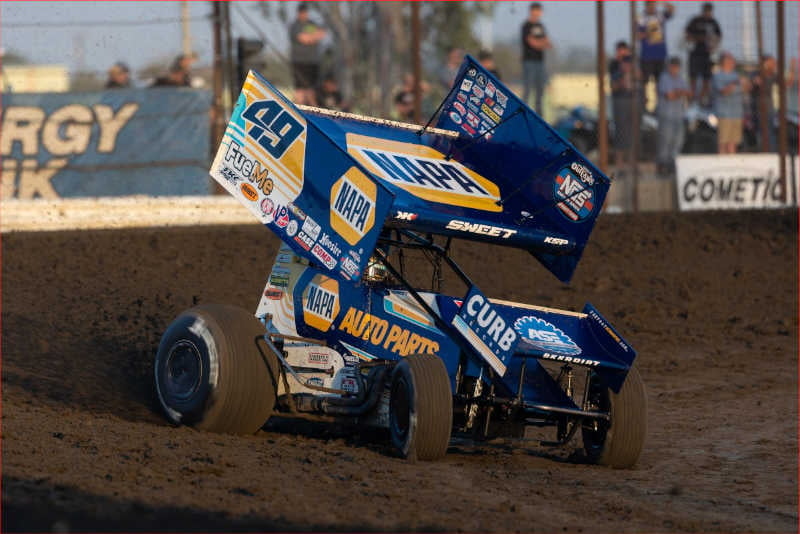 When his heat race went green, Sweet set the pace for the field and took the lead heading into turn one. Running the bottom line, Sweet had an almost two-second advantage at the midpoint of the eight-lap heat race. When the checkered flag dropped, Sweet picked up the heat race win with a 3.2-second advantage over second, yielding him a spot in the Fast Pass Dash.

“I love coming here, great crowd tonight,” Sweet said as he drew the No. 4 pill for the dash. “The track was a little tricky during qualifying. Just happy to have our NAPA AUTO PARTS car here in the dash.” 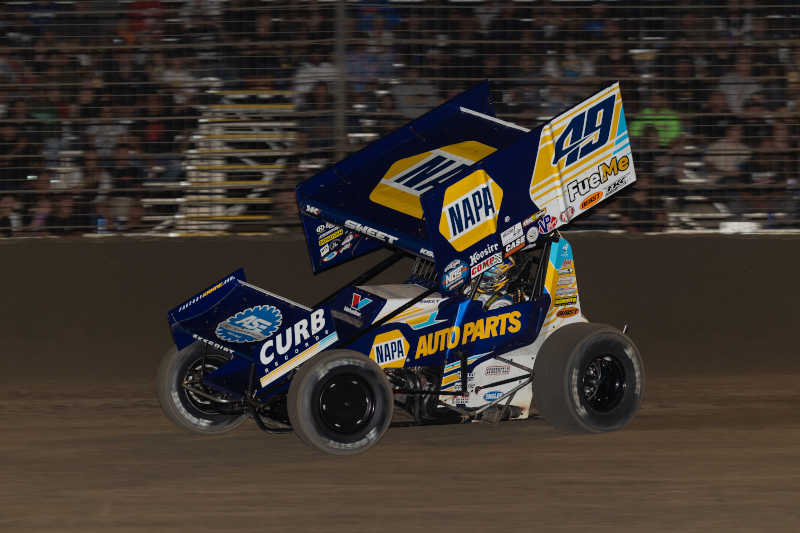 When the green flag dropped, Sweet went to the high side only to find it was the slower line. He switched to the lower line, and the field began to spread out. The Big Cat held his spot at the checkered for a fourth-place finish in the dash, slating him to start fourth in the 35-lap Tom Tarlton Classic feature.

The field lined up side-by-side for the A-main before the caution lights went out and the green flag waved. Taking a high line, Sweet held the fourth spot and quickly began to close on third-place runner Donny Schatz. On lap three, the NAPA No. 49 initiated a slide job to claim third. With a changing track surface, a mid-race caution was displayed. When the field went back to green-flag racing, Sweet went a bit too high, allowing two cars to pass the No. 49. Another caution was displayed, then Sweet lined up in fifth for the restart. Diving down low, the NAPA driver charged for fourth. After a final, late-race caution, Sweet restarted fourth but then went over the cushion, losing two spots. Sweet brought the NAPA AUTO PARTS No. 49 home in the sixth position. 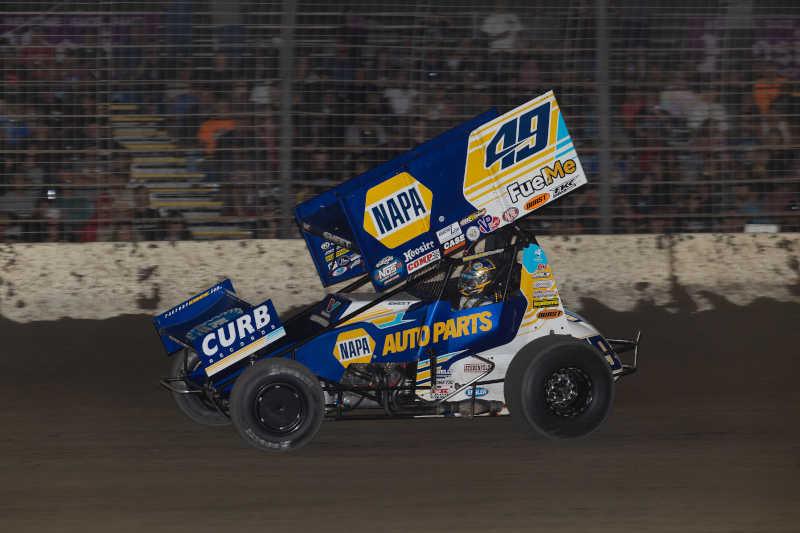 Following the stop at Keller Auto Speedway, the team began the long, 36-hour trip from Hanford, CA, to Kasey Kahne Racing in Mooresville, NC. In their first time home in six weeks, Sweet and the No. 49 crew will regroup and restock the hauler before heading to Ohio. Next up on the World of Outlaws schedule is Eldora Speedway on Friday, September 23.