KENT, Wash. (Aug. 3, 2014) – Ron Capps and the NAPA AUTO PARTS Dodge Charger R/T Funny Car have a special weekend coming up and they wanted to head to Norwalk, Ohio, on a winning streak.

But a solid run to open eliminations Sunday in the Northwest NHRA Nationals at Pacific Raceways near Seattle was not enough to beat Cruz Pedregon in the NHRA Mello Yello Drag Racing Series event. 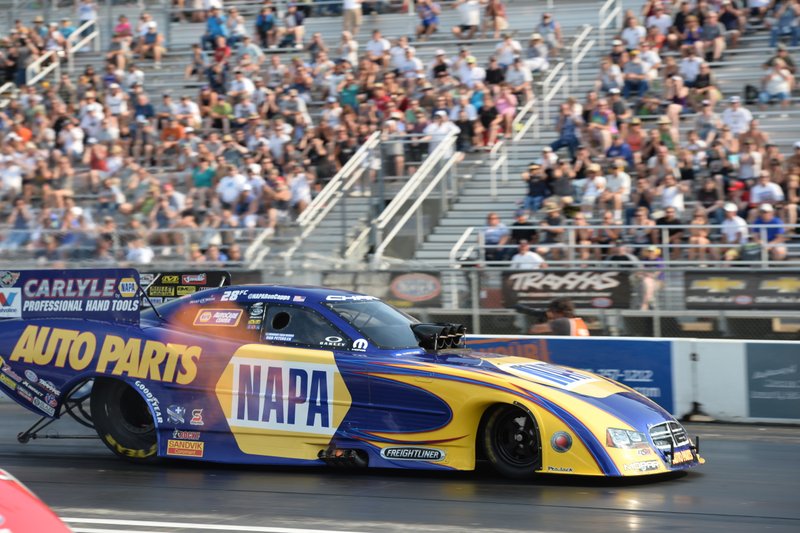 “We didn’t run that bad but he put out a great time for the conditions,” said Capps, who was able to maintain his hold on third place in the Mello Yello standings.

“It’s always disappointing to lose so early especially with all the great NAPA guests we had out here. That shows again how important it is to qualify in the top half of the field.”

Capps just missed being among the top-eight by qualifying ninth that gave lane choice to Pedregon.

The NAPA team will head back to Don Schumacher Racing headquarters early Monday for a brief stay at home after three weeks on the road for the annual “Western Swing” before heading to Norwalk, Ohio, for Saturday’s “Night Under Fire” special event at Summit Motorsports Park in Northern Ohio.

Capps will be joined at Norwalk by DSR teammate Antron Brown for the country’s biggest match race that will include other Mello Yello regulars John Force, Cruz Pedregon and Dale Creasy Jr. in Funny Car, and a Top Fuel battle between Brown and Brittany Force.

Although NHRA championship points won’t be on the line, Capps and the other drivers will be entertaining a capacity crowd and have a chance for a little on-track testing.

“I can’t remember the last time I’ve match-raced one of these Funny Cars but a couple times a year I’ll race at shows in a Nostalgia Funny Car,” Capps said of his 320-mph NAPA AUTO PARTS Dodge and the old-style Funny Cars that reach up to 260 mph.

“Funny Car match racing is what I grew up watching and there aren’t many tracks that bring in top nitro cars like the Bader family does at Norwalk. It will be fun to be there with so many fans.”

Sunday’s race, which was the 16th of the 24-event schedule, ends the annual three-week “Western Swing” that began with races at Denver and Sonoma, Calif. The series has a weekend off before competing Aug. 15-17 at Brainerd, Minn. 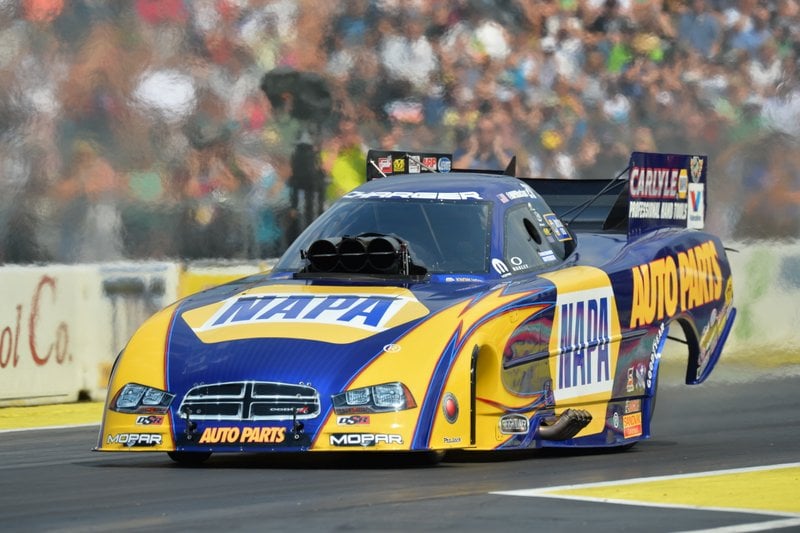 unofficial after 16 of 24 events; *clinched spot in Countdown to the Championship