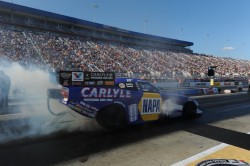 A chance to win a championship only comes to those who work hard at it and those who deserve it. I can’t think of any team other than my NAPA AUTO PARTS team that deserves it more. We are a team who has worked hard – very hard – at having the chance to win an NHRA championship. Hopefully when we get to Pomona in November, we will be fighting for it once again.

We just finished our first of six playoff races, or as it is called in NHRA Drag Racing, the “Countdown to the Championship”. To make it more exciting we will have the first 4 races all in consecutive weekends before getting a chance to catch our breath for a couple of weeks. After that, it will be Vegas then our final race in Pomona.

It was a great weekend in Charlotte because our team sponsor was also the race sponsor. The best hand tools in the world owned the marquee for the Carlyle Tools Carolina Nationals brought to you by NAPA. Not only did we get a chance for us to help spread the word

about Carlyle Tools with our special paint scheme, but we also had a chance to get off on the right foot in the “Countdown”. We lost a close race to Courtney Force in the second round but remain No. 2 in points. It’s a marathon to the finish, not a sprint, and I have tons of faith and confidence in my NAPA team.

We have had a very exciting summer on and off the race track as we planned our family summer trip right after our Norwalk race. We took a trip in the RV to the Central Coast of California and to Lake Nacimiento for a week. We then drove it down to Pismo Beach for another week before heading up to Paso Robles for a few days. Finally, we hopped back in it and traveled together up to the Sonoma race track for the race there. I absolutely cherish this time with our family and every year, I can’t wait for it to come around. 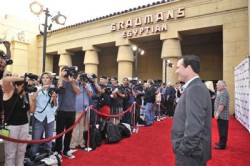 We also got to finally see the “Snake and Mongoose” movie that I was so lucky to be a part of. I got to take my family to the red carpet premier in Hollywood, too. On the track, our NAPA team made it to the winners circle in Sonoma. I consider that my home track, and I certainly had the family and friends there to prove it this year. We did it again in Brainerd as we made it back to back wins in Brainerd (2012 & 2013) and survived another jaunt in the famous “Zoo” that the fans (and racers) SO love and look forward to every year.

We had a so-so weekend in Indy but came up short of winning the US Nationals. But our goal of being ready for a run at the Championship I think has been accomplished by our crew chief Rahn Tobler and our NAPA team. Believe me: our fans and sponsors deserve it as well. 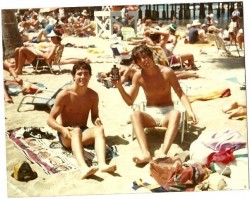 Like I always say, if you don’t have Twitter, get it. It’s free and fun. You can follow your favorite driver (whether I am your favorite or not), plus you’ll see pictures like our weekly Throwback Thursday posts. You’ll get a feel for what we have happening on a day-to-day, even hour-to-hour basis. Check me out at @RonCapps28 and be sure to follow @theNAPAnetwork as well.

NAPA Know How Blog Catching Up with Capps: An Update from the NAPA Funny Car Driver