Derek Kraus opened his 2018 season in the NASCAR K&N Pro Series West on Thursday night the way he closed out 2017, with a win on the high-banked, half-mile track at Kern County Raceway Park near Bakersfield, California. 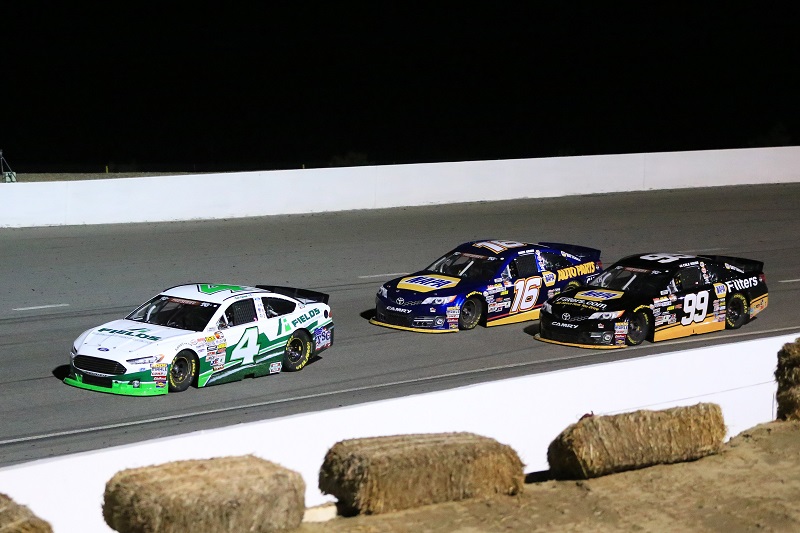 Kraus took the lead from his Bill McAnally Racing teammate Cole Rouse on lap 159 and led the way in the No. 16 NAPA AUTO PARTS Toyota Camry to win the Bakersfield 175 presented by NAPA AUTO PARTS by a margin of 1.154 seconds. 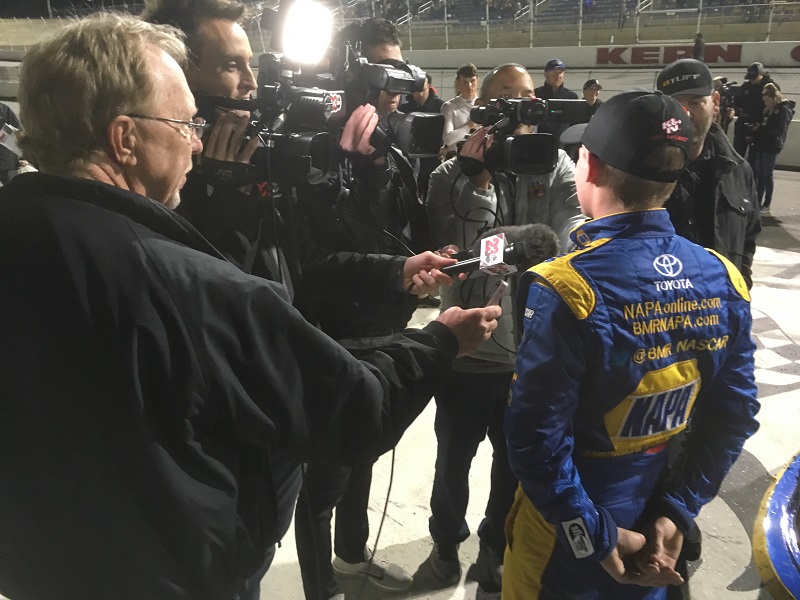 Kraus and Rouse went three-wide just after a restart to get past Monster Energy NASCAR Cup Series regular Kevin Harvick, who had paced the field through the first 132 laps. Rouse pulled away in the No. 99 NAPA Filters Toyota Camry, but later got caught up with a lapped car and lost the lead to Kraus.

“I thought I was three-wide in the middle,” Kraus said of getting by Harvick. “It’s racing. You have to push through it. We ended up here in Victory Lane and that shows how hard our guys work at BMR.” 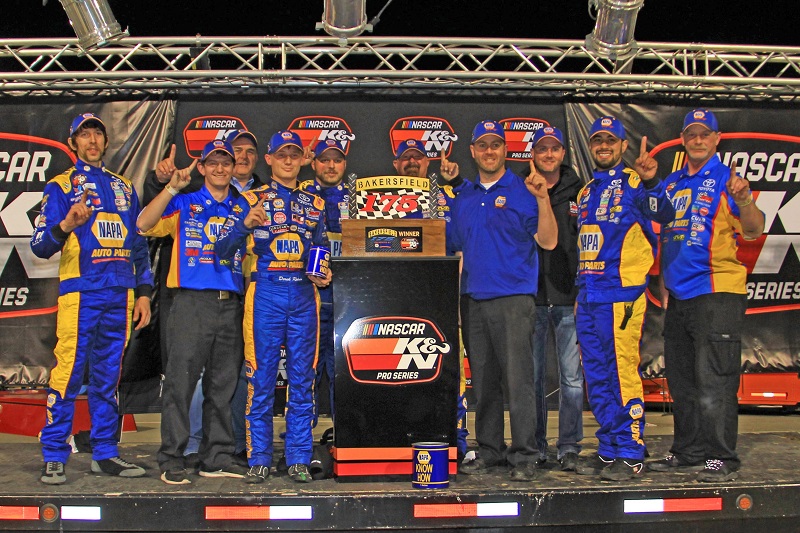 Next Race: Bristol (Tenn.) Motor Speedway, April 14
How to Watch or Listen: NBCSN