Driverless car technology, otherwise known as the self-driving car, autonomous car or robotic car, is capable of navigating the environment without a human at the helm — and it’s nothing new. Most major car companies have been hard at work on this technology for years. “It may only be as little as a decade away,” noted William Messner, professor of Mechanical Engineering and editor of Autonomous Technologies, in a Phys.org article.

The following are five examples of exciting new possibilities in autonomous driving: 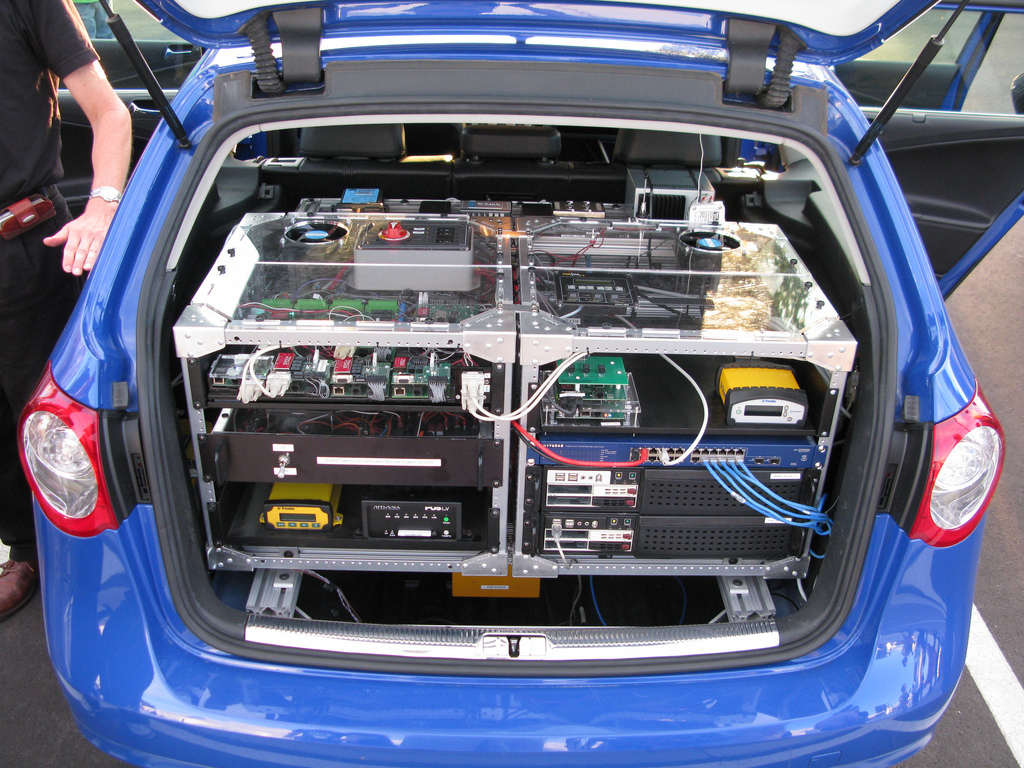 Consider the FO15. Mercedes-Benz’ self driving car debuted at 2015 Consumer Electronics Show (CES) in Las Vegas. The cabin contains four seats that face each other, allowing passengers to talk, text or work on their computers while the car self navigates rotaries, turns and pedestrian crosswalks.

Nissan and NASA recently teamed up on a five-year partnership to build autonomous vehicles. NASA has experience in this area: It has already developed an electric, automated vehicle, the Mars Curiosity rover, which sent out a selfie in February from Mars, as reported by the Official NASA website.

Audi was the first company to receive the established autonomous driving permit in California for its “Piloted Driving” program. They’ve already put their new permit to the test, with the driverless A7 making an autonomous drive from California to Nevada in January 2015.

Volvo launched “Drive Me,” an autonomous fleet of 100 self-driving cars available to residents of Gothenburg, Sweden, the manufacturer’s home town. The vehicles rely on a variety of sensors equipped to handle everyday driving, traffic congestion and emergencies. However, drivers still need to navigate their cars on and off highways and take the wheel during periods of inclement weather.

Could a pilot-free big rig be possible? Wonder no longer: Daimler just previewed the world’s first driverless tractor trailer, named “Freightliner Inspiration,” which is currently licensed to navigate public roadways. If this arrives as a shock, the good news is that these trucks will require a human driver to navigate anything more complex than a freeway.

The Future of Driving?

Robert Davis, senior Vice President of U.S. Operations for Mazda, knows that car enthusiasts will always have a need for speed, fumes and noise, saying in an interview with NAPA Know How Blog, “There are cars for transportation, and there are cars for driving enjoyment. While driverless cars will certainly appeal to some customers . . . we still believe there are enough car buyers who agree that the Mazda niche is for those who enjoy driving. We believe in the joy of the perfect apex, the perfect heel-toe downshift, the perfect anticipation of a space in traffic and the way you feel with the top down on a perfect summer evening.”

That said, Mazda also understands that the future of automobiles is being steered unalterably toward driverless technology. Davis continued, saying, “We also believe in an unobtrusive safety net that watches over you, never naps, never stops paying attention and never stops working to maximize driving fun.”

Although there will always be drivers that want to put the pedal to the metal and hit the open road, autonomous cars represent a historic leap forward in convenience and safety for passengers. Offering hassle-free commutes, faster overall travel and unsurpassed convenience, driverless technology is the clear wave of the future.