Ron Capps and the NAPA AUTO PARTS Funny Car team qualified inside of the ‘top three’ for the inaugural Virginia NHRA Nationals and picked up five bonus points. The team was poised to follow-up last weekend’s final round appearance with more of the same NAPA Know How, but were defeated in the opening session on a Sunday when many of the top teams were upset in the opening round.

Capps entered Dinwiddie, Va., fresh off of a final round appearance from the previous NHRA event less than one week prior.

Armed with a renewed sense of confidence and eight rounds of data for their newly reintroduced five-disc clutch setup, Capps, and the NAPA team were solid during qualifying at the Virginia NHRA Nationals. 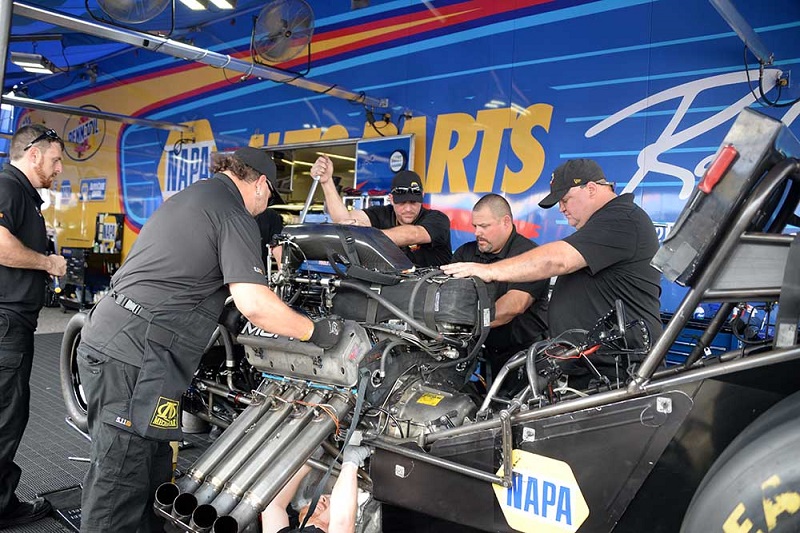 In the first two qualifying rounds at Virginia Motorsports Park, a facility that hasn’t seen a national NHRA event since 2009, Capps powered his NAPA AUTO PARTS Dodge Charger R/T to the third quickest run of each session, earning bonus points for both passes. In Q3, he picked up three more bonus points for making the best pass of the round. A stout showing during qualifying earned the NAPA team the No. 3 spot to start race day and pitted Capps against No. 14 qualifier Tim Wilkerson in round one.

The veteran drivers were the first pair out, kicking off what would end up being an elimination round full of upsets. Wilkerson led Capps to the 60-foot mark, but the NAPA Funny Car charged ahead and led until the 660-foot cone before losing traction and slowing to a 4.152, enabling Wilkerson to pull ahead for the win.

“This is what NHRA Drag Racing is,” said Capps, a two-time Virginia Motorsports Park runner-up. “You just never know. As well as we qualified, we never thought that we even had a chance at smoking the tires. The car has been so solid. 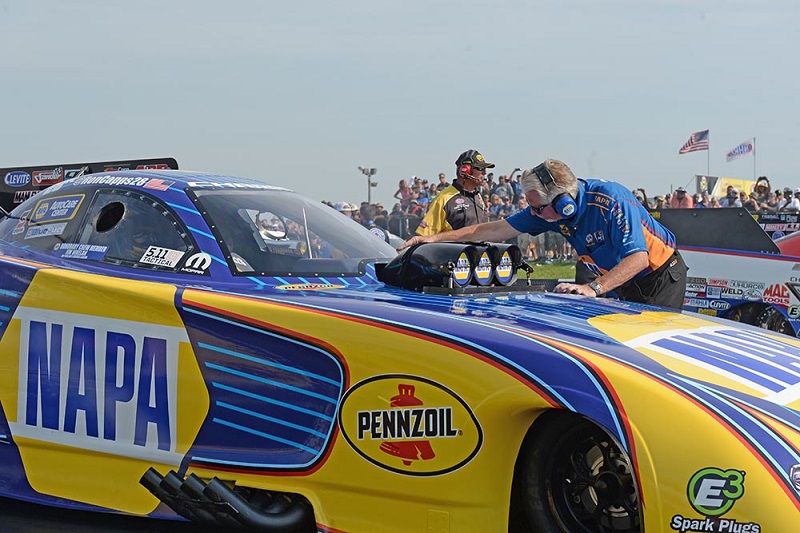 “When you run Tim Wilkerson, you know that it’s going to be a tough race. It doesn’t matter where you qualify or where he qualifies; it’s going to be tough. The car was running really well, and then it started slowly spinning the tires a little past halftrack and then slowly went into more tire smoke, and then I saw Wilkerson out next to me.

“Being the first pair out, we were pretty bummed. We feel like we beat ourselves. We didn’t feel like the car was even going to be close to smoking the tires but watching the rest of the Funny Car session that first round, it was really whoever could get down that track would win. The heat, the humidity; it was a tough first round.”

Despite the first-round loss, Capps feels confident in his team’s abilities to get their new clutch setup dialed-in for race day success on a hot track. 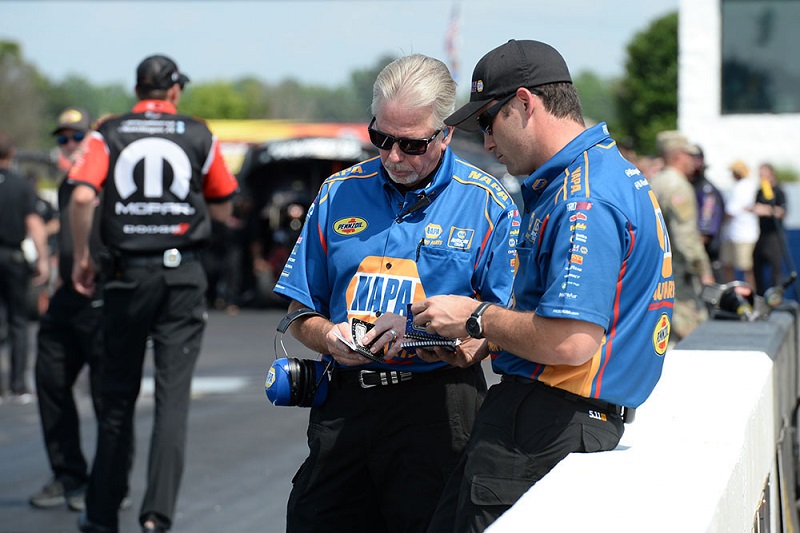 “(Crew chief Rahn) Tobler was looking at the computer and these clutches in these nitro cars, there’s a fine line between wearing too much clutch and not enough. We’re talking 40-50 thousandths difference, and that could be the difference between your car smoking the tires and not smoking the tires. It’s what I love about Rahn Tobler. We’ve really been working hard on not only the five-disc (clutch setup) but new discs inside the five-disc. We’re going to have to work on getting a little more clutch wear on these hot tracks, but I’ve got the best guy in the business for that, and I’m looking forward to Bristol.”