On Tuesday, June 5, the NAPA AUTO PARTS team headed back to Fairbury, Ill., to make up a previously rained-out race. With 27 cars signed in, Sweet qualified in the 12th position. The NAPA AUTO PARTS driver lined up in the fourth starting spot for heat race three, finishing in the third position and lining up in the ninth starting spot for the night’s feature event. The No. 49 team made slight adjustments to the car in preparation for the 40-lap feature and were ready for the green flag to drop. The track quickly took rubber, resulting in little passing. Sweet and team ended up in ninth, the same position in which they started. 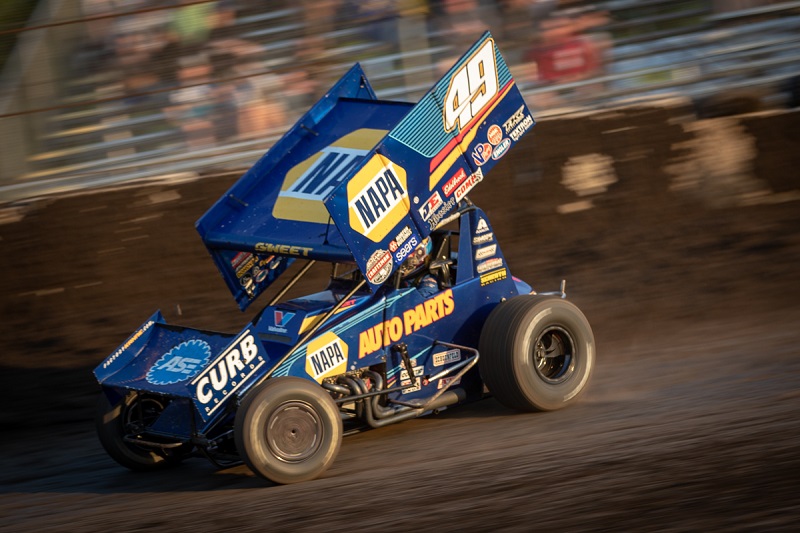 One of the World of Outlaws Series marquee events was up next, the three-day Jackson Nationals in Jackson, Minn. Sweet, who has had success there, was eager to get the weekend going. But hard rain soaked the racing surface on Thursday. That prompted World of Outlaw officials to make the call to move the show to Saturday afternoon, making for a Saturday double header. 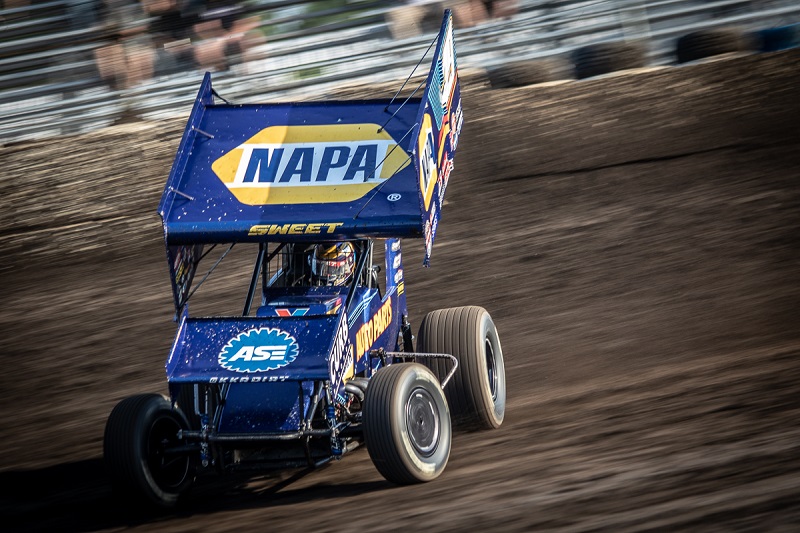 With 42 cars entered for the Friday night event, the field separated into two groups for qualifying. Sweet ran in group two and finished in the fourth spot, putting him on the front row of his heat race.

With a slight change in format, points were given out for heat and feature finishes. By Saturday night, the top four in points would head straight for the dash and lock themselves in for the 40-lap, $40,000-to-win feature event. With that in mind, Sweet was eager to win heat race four to maximize his points. 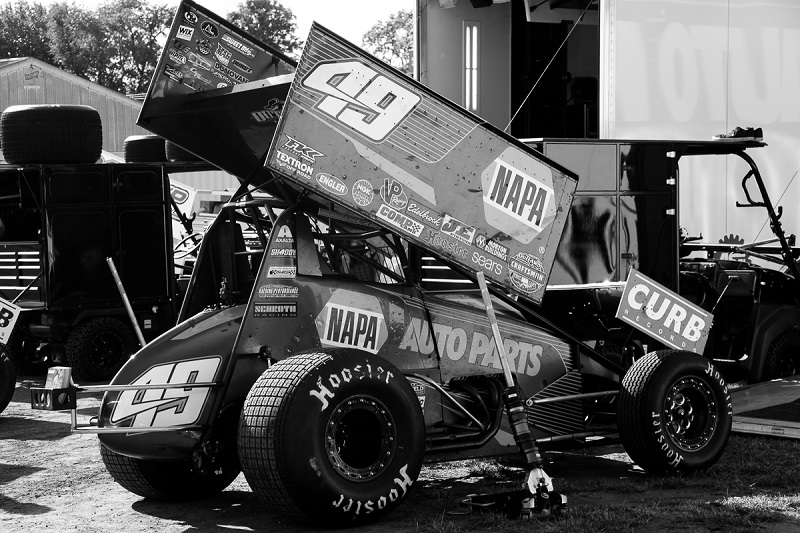 Starting on the outside of the front row, Sweet grabbed the lead early and did not look back, gaining the
maximum of 100 points. The No. 49 team drew a four for the dash to start in fourth. With six laps to make something happen, Sweet gained one position, resulting in a third-place starting position for the 30-lap feature.

Once again, drivers saw a lightning-fast surface, and Sweet and his NAPA AUTO PARTS team held on to the third position in the feature event. Gaining some points for the finale on Saturday night, Sweet was third in points going into the Saturday afternoon show.

Sweet knew he would just have to stay out of trouble to get himself locked into the finale on Saturday afternoon. With 39 cars signed in, Sweet went out in group one, finishing in the fifth spot. This lined Sweet up in the third starting spot in heat race one. 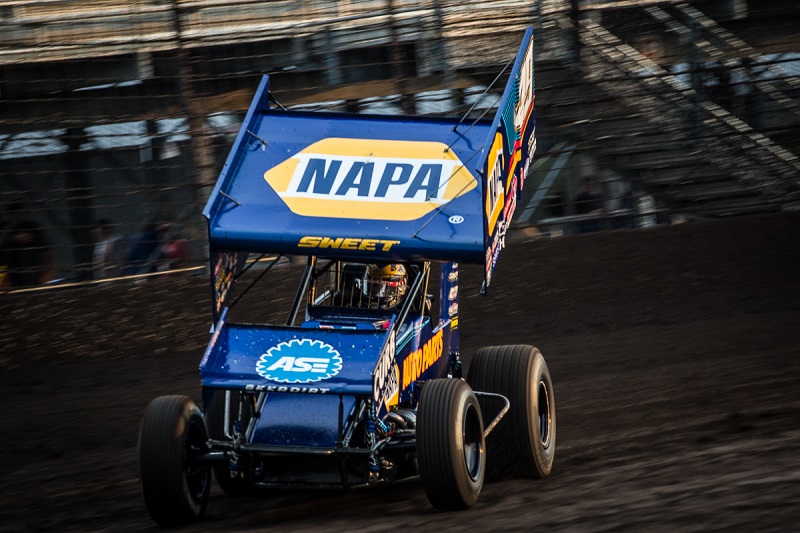 With no progress made in the eight-lap heat race, Sweet found himself starting in the ninth spot
for the feature event. Within the first eight laps, Sweet gained three spots and was not done there. The race never saw a caution flag and Sweet charged to a podium finish of third. This run locked Sweet and the No. 49 team into the 40-lap finale for Saturday. It also gave the team a few extra hours break before starting all over again for Saturday night’s show.

The field was set and it was finally go time for the NAPA AUTO PARTS team. Sweet started in the third spot when the green flag waved, and a quick caution bunched the field back up. Unfortunately, another competitor got into Sweet, resulting in a broken front end and drag link. Sweet and his No. 49 team got help from many other teams and were able to rejoin the field.

With 38 laps remaining, Sweet restarted in the 22nd spot and had a long way to charge to the front and earn the $40,000 prize. With only one yellow and restart throughout the remaining 38 laps, Sweet
worked himself up to the seventh spot. As the laps ran down, the No. 49 team could not catch any more cars. Sweet finished the finale in the seventh spot.