Chase Elliott and the No. 9 NAPA AUTO PARTS team earned their third top-10 finish of the season, placing sixth in Sunday’s 500-mile race at Elliott’s home track of Atlanta Motor Speedway. The Dawsonville, Georgia, native led a total of 29 laps on the day and now leads the NASCAR Cup Series point standings. 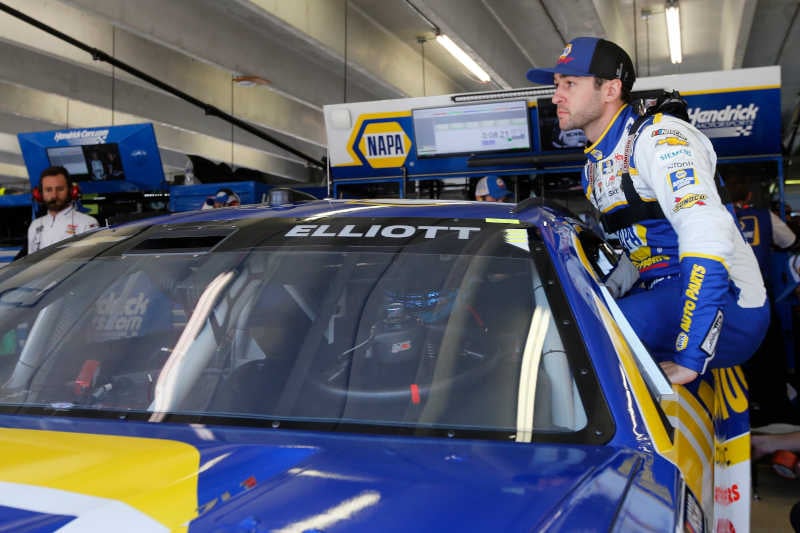 Sunday’s race proved to be eventful after the track’s reconfiguration changed up the traditional racing typically seen at the 1.54-mile oval. Elliott started sixth after Saturday’s qualifying session was canceled and the starting lineup was determined by the rule book. 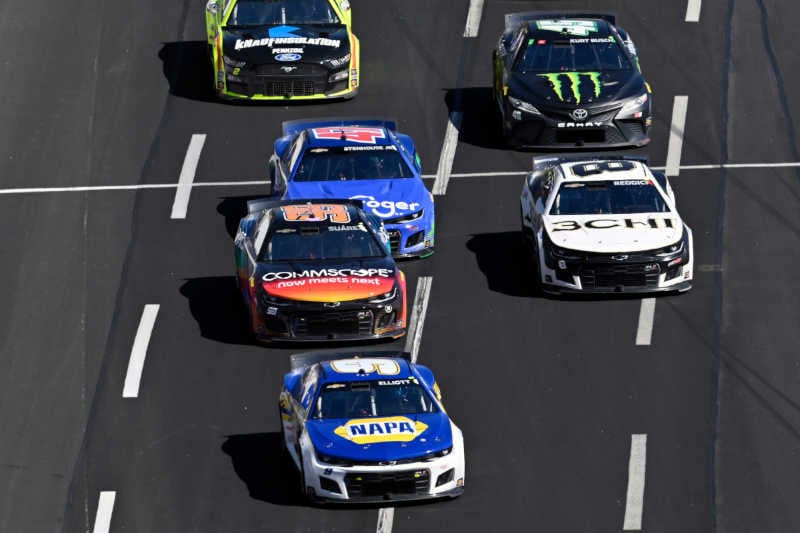 From the drop of the green flag, Elliott’s No. 9 NAPA AUTO PARTS Chevrolet Camaro showed speed. The 26-year-old driver was battling for the lead by lap 11, trading the top spot over multiple laps as the two lanes of cars were pretty even. With the track racing more like a superspeedway, momentum was easily gained and lost. When the caution came out on lap 24, Elliott was scored in the seventh position. Under the yellow flag, Elliott relayed to the team that his No. 9 Chevrolet drove pretty good. 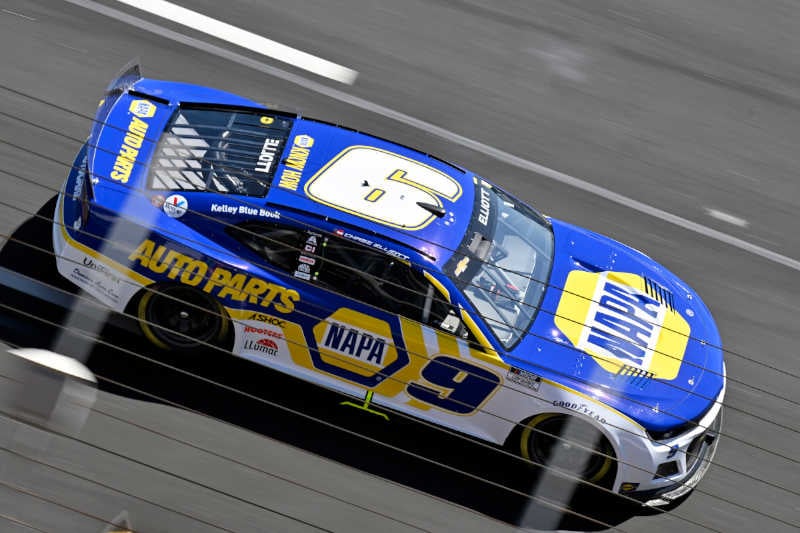 Staying out under the caution, Elliott restarted in the fifth position and continued to race inside the top five. He was up to second when the competition caution waved on lap 45. Under the yellow, crew chief Alan Gustafson made the call for the team to make its first pit stop of the day for right-side tires and fuel. Elliott lined up seventh on lap 52 for the restart and remained inside the top 10 for several laps. With 16 laps remaining in the second stage, he was leading the bottom lane of cars but lost his help and fell back. Elliott was running in 16th when a caution flag waved with 11 laps to go in the stage. The team made a fast stop for four tires and fuel. Restarting in the same spot, he improved two positions to 14th before the conclusion of the first stage. 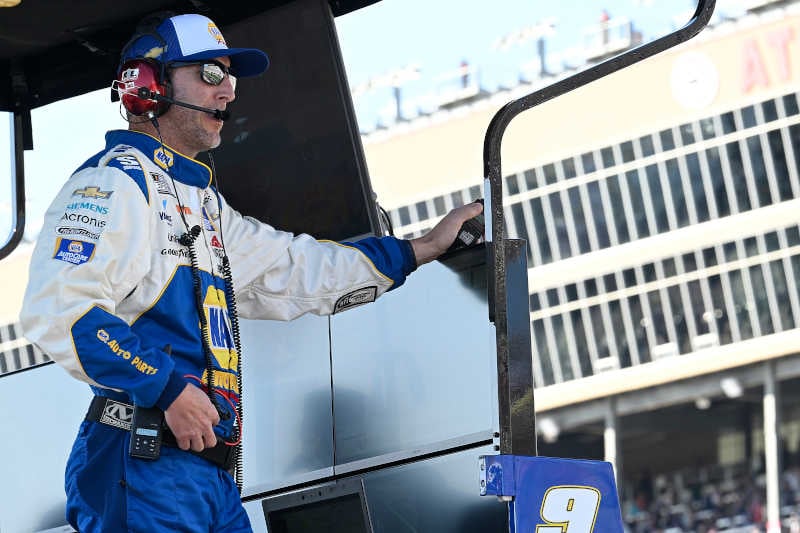 During the stage break, Elliott brought his NAPA AUTO PARTS Chevrolet to pit road for a fuel-only pit stop. He took the green flag for stage two from the 17th position and began moving around to see where he could gain spots. By the time another caution came out on lap 145, he was up to 11th and relayed that there wasn’t much of a trend and it was hard to predict what was going to happen. After a fast two-tire stop, Elliott lined up 10th for the restart and improved his position to seventh with 45 laps remaining in the second stage. 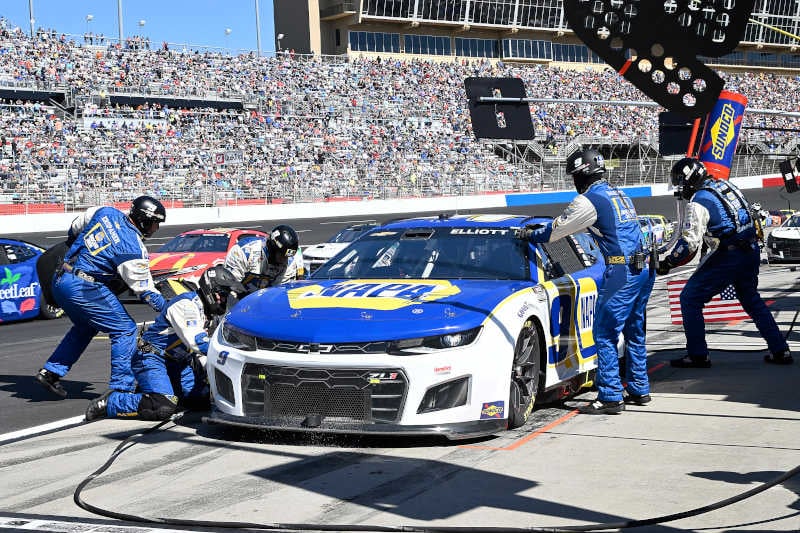 The Hendrick Motorsports driver continued his charge forward and was up to fifth when the leader blew a right-rear tire, bringing out the caution with less than 10 laps to go in stage two. Elliott restarted in the third spot, and on the final lap of the second stage he nearly got collected in a multi-car incident. Elliott’s Chevrolet did suffer some damage to the right-side door, but he drove on to take the green-and-white checkered flag to end the stage two in the second spot. Under the stage-ending caution, Elliott’s team went to work on repairs during their pit stop for four tires and fuel. 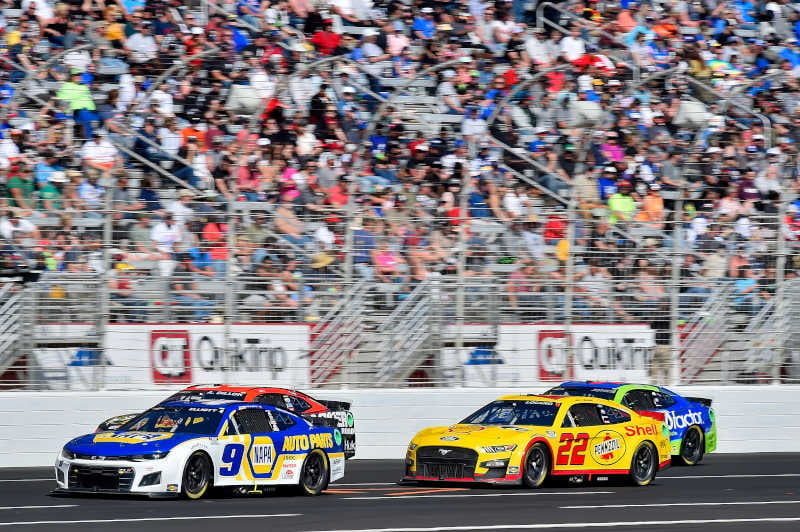 Due to the longer stop, Elliott started the final stage from deep in the field, but he wasted little time moving forward. He was inside the top 10 by lap 221 and moved up to third just five laps later. With 96 laps to go, Elliott was back up battling for the lead, eventually taking command of the top spot. The driver of the No. 9 was still running point when a caution flag waved with 72 laps to go. Elliott came to pit road for four fresh tires and fuel and restarted in ninth with 66 laps remaining. 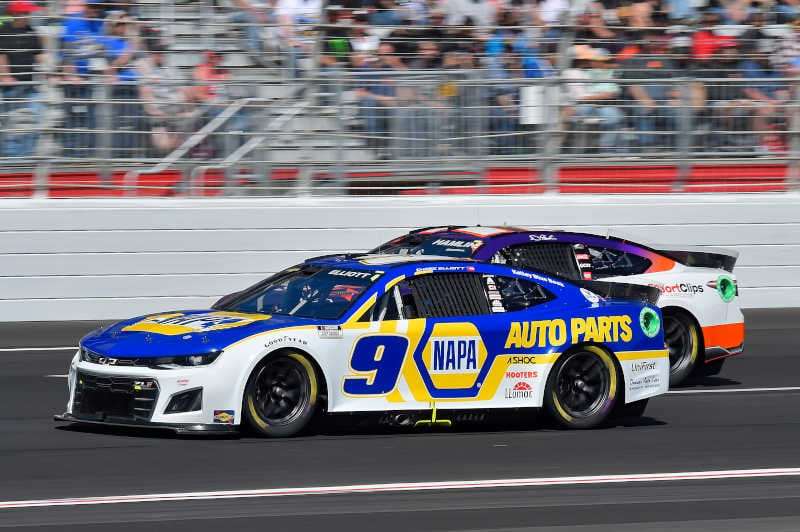 As the race went on, the bottom lane Elliott was utilizing started to lose momentum, and he dropped back to 15th. Methodically, he began making moves to try to work his way back to the front. He was up to eighth when another caution came out with 25 laps to go. Opting to stay out and try to conserve fuel, he chose to restart in the top lane. With less than 10 laps remaining, he was up to fifth and continued to battle down to the last lap, bringing home a sixth-place finish after avoiding a wreck on the final lap. 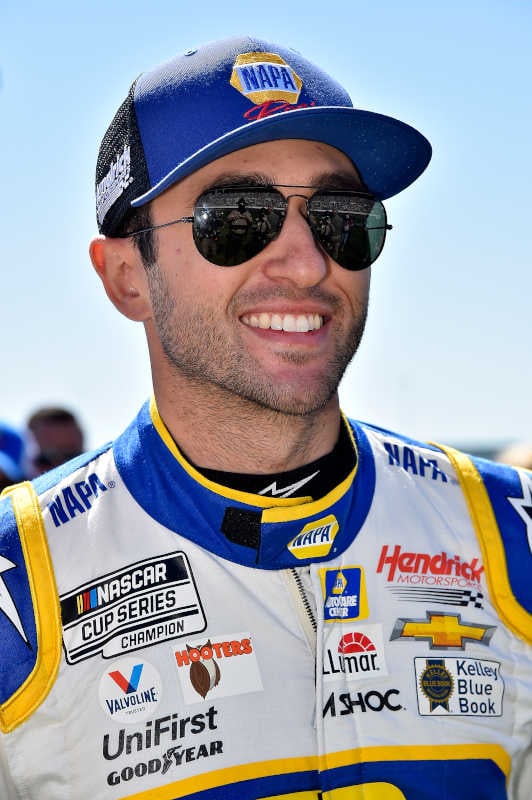 “It was crazy, for sure. Hopefully it was fun to watch because I felt like it was wild from my seat. It was very much so like a Daytona or Talladega. Just trying to position yourself there at the right spot and hope it goes your way.”