Chase Elliott was determined the winner of Sunday’s NASCAR Cup Series event at Pocono Raceway after the top-two finishers were disqualified for failing post-race inspection. The victory was the fourth of the season for Elliott and the 17th of his Cup Series career. It was also Elliott and the No. 9 NAPA AUTO PARTS team’s fifth consecutive finish of second or better dating back to their win at Nashville Superspeedway on June 26. 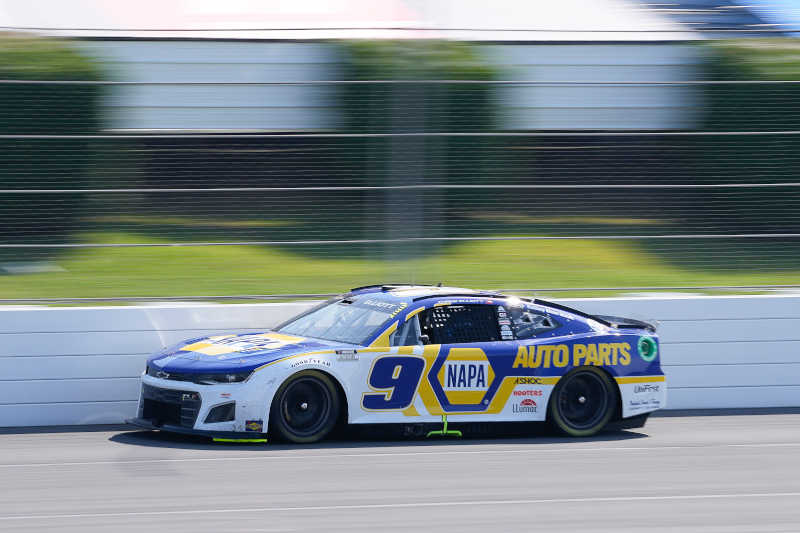 Elliott started the race from the third position and powered his way to second on the first lap. Scored in the same position when the first caution of the race came out on lap seven, the 26-year-old driver relayed to his team that the tunnel turn was his weakest spot. The NAPA AUTO PARTS team opted to keep Elliott out on the track, and he restarted from the second position on lap 13. When the green flag waved, Elliott battled three-wide for the lead and eventually settled into second, remaining there until a caution flag waved for an incident with three laps to go in the stage. The first stage ultimately ended under the caution and Elliott was scored with a second-place result. 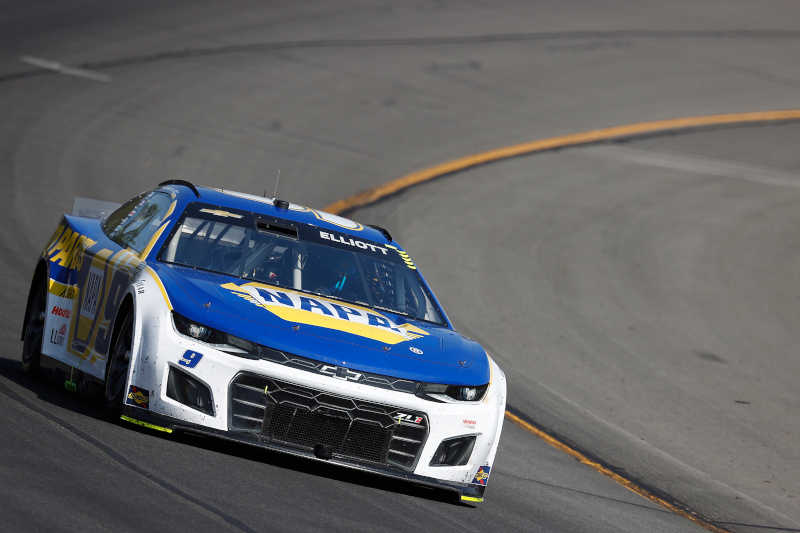 Under the stage ending caution, crew chief Alan Gustafson called Elliott to pit road for four tires and fuel. With some cars not pitting, Elliott lined up 15th for the start of stage two on lap 35. An on-track incident brought out another quick caution on the opening lap. Once the race was back underway, Elliott drove his way to 12th before the yellow flag was displayed again on lap 41. Choosing the top for the restart on lap 44, the Dawsonville, Georgia, native was trying to work his way forward, but the field was slowed once more just one lap later and he was scored in 14th. After the restart, a longer green flag run finally ensued. Elliott was running in the 12th position when the pit window opened on lap 57 and the team called him in on lap 62 for four tires, fuel and an air pressure adjustment. 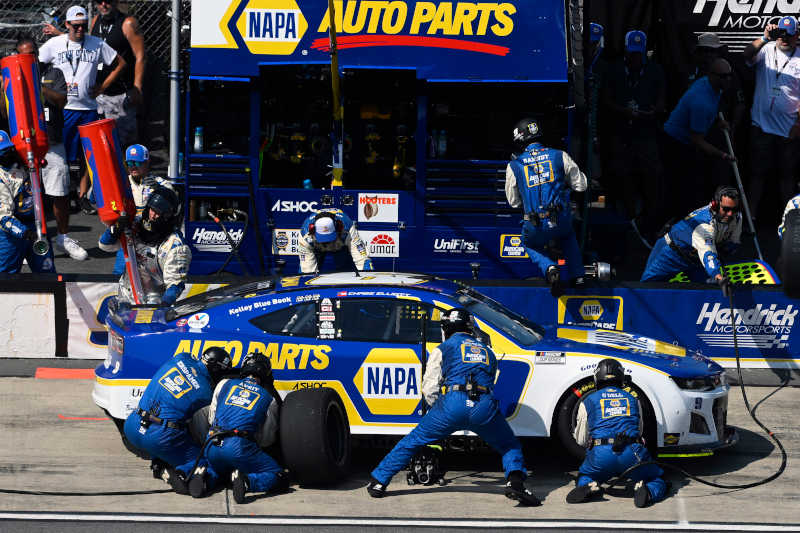 With different strategies playing out across the teams, Elliott was stuck towards the back of the pack after leaving pit road as pit stops continued over the next several laps. He was scored 17th when the caution came out on lap 83. Under the yellow, he reported to Gustafson that he felt like there was a tick more air in the right rear during the run, but his balance was still ok. The team made a fast stop for four tires, fuel and another air pressure adjustment and sent Elliott back out to restart from the 12th position with eight laps to go in the stage. He steadily improved his standing in the closing laps and was credited with a seventh-place finish to close out stage two. 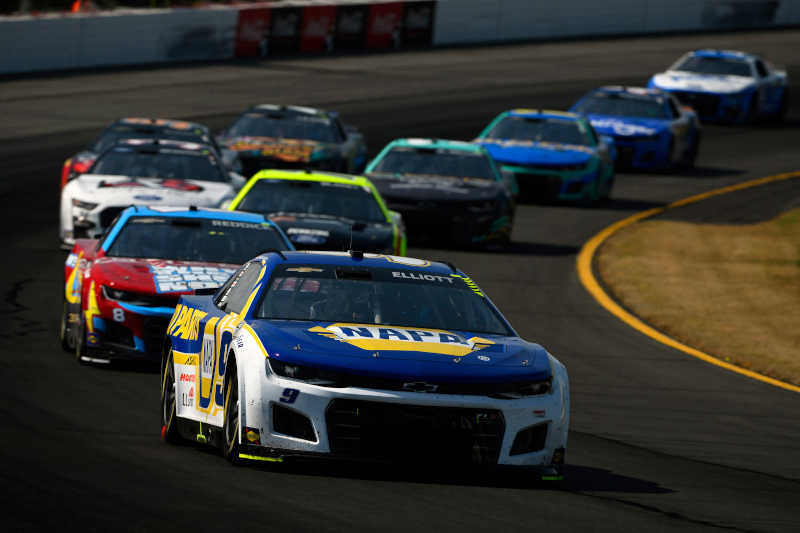 Opting not to make a pit stop during the stage break, Elliott lined up inside the top 10 to start the final stage on lap 100 and continued to battle for position. He was running ninth when the pit window opened for teams to make their final stops of the race. Gustafson called Elliott to pit road with 39 laps to go for four tires and fuel. Back out on the track, he steadily worked his way up to seventh before the caution flag was displayed with 23 laps remaining. Staying out, he lined up on the inside lane with 18 laps left and powered his way to third, narrowly avoiding the multi-car incident that brought out another yellow flag. On the restart with 13 laps to go, Elliott battled hard for position, ultimately taking the checkered flag in third behind the No. 11 of Denny Hamlin and No. 18 of Kyle Busch. 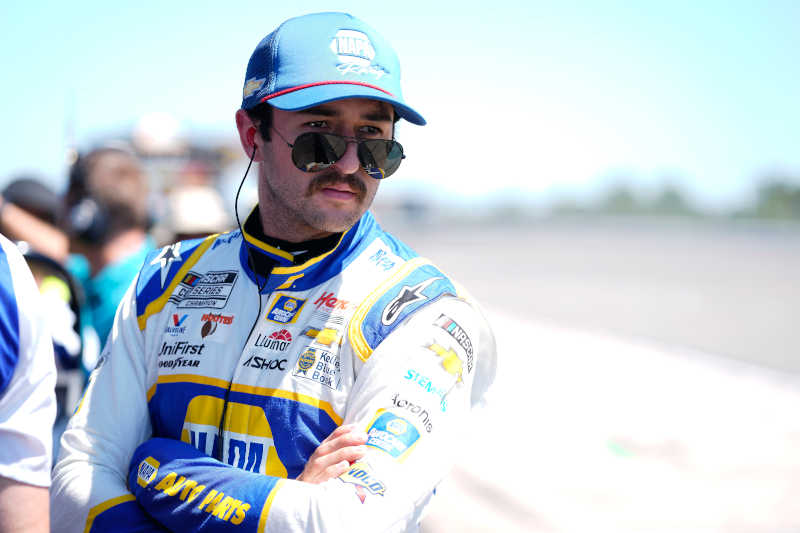 Following the race both Hamlin and Busch were disqualified for failing post-race technical inspection and Elliott was declared the winner. It is Elliott’s fourth victory of the season and 17th of his Cup Series career. The Hendrick Motorsports driver extended his point standings lead to 105 markers over Ross Chastain.

Next Race: Sunday, July 31, Indianapolis Motor Speedway Road Course
How to Watch or Listen: 2:30 p.m. ET on NBC and SiriusXM