Chase Elliott battled a tough handling condition on the No. 9 Chevrolet Camaro ZL1 throughout Sunday’s NASCAR Cup Series race at Las Vegas Motor Speedway, ultimately finishing 21st after starting in the 20th position. Despite the result, he’s still 17 points above the cutline to advance to the Championship 4 in the Cup Series playoffs with two races left in the Round of 8. Elliott is currently third in the standings, 22 markers behind leader Joey Logano, who locked himself into the Championship 4 with his win on Sunday at Las Vegas. 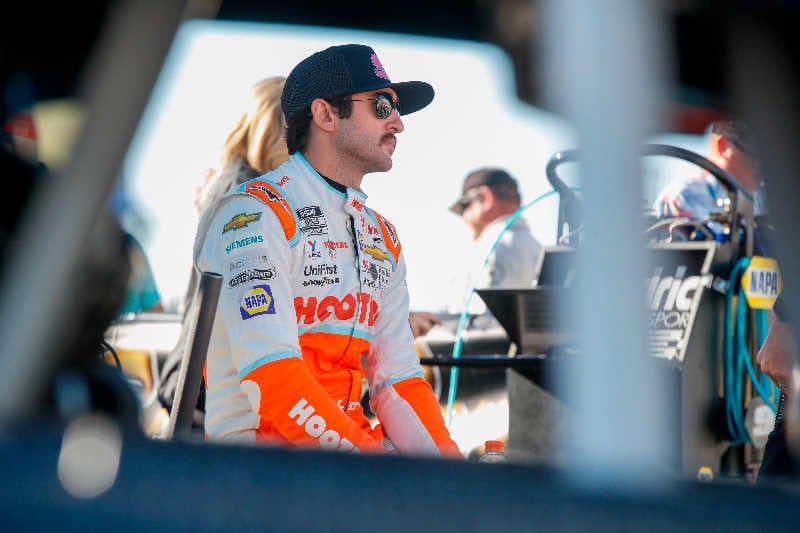 Elliott and the No. 9 Hooters team entered the race weekend as the leaders of the playoff standings. Elliott started the opening race of the Round of 8 from the 20th position and advanced to 15th by lap eight. He was running 14th when green flag pit stops got underway shortly after lap 35. Crew chief Alan Gustafson called Elliott to pit road on lap 40 for four tires, fuel and an air-pressure adjustment to help the Hooters Chevrolet Camaro ZL1’s handling after the driver reported he had overbuilt the right rear that run. By lap 43, he was back up to 15th, but began to lose positions and relayed to his team that the nose was lazy after the last adjustment. Elliott was scored in the 19th position when an incident brought out the caution flag on lap 77, ultimately bringing an end to the first stage. 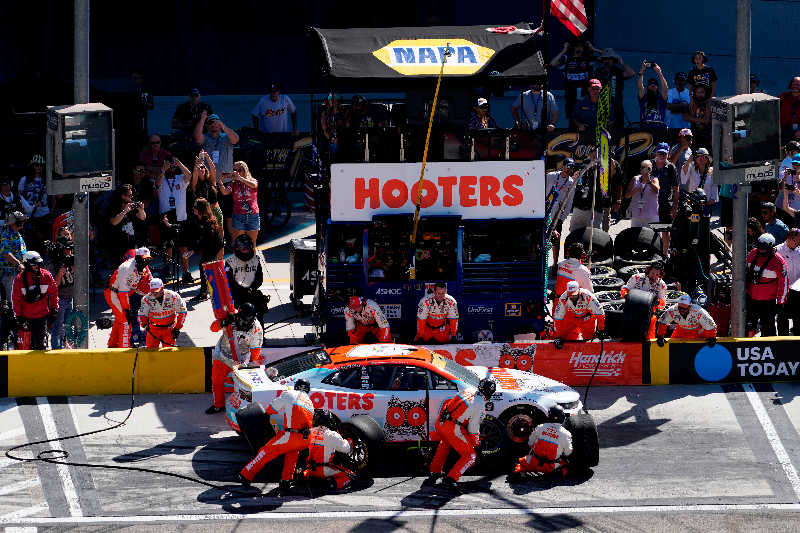 Under the stage-ending caution, Elliott brought his Hooters Chevrolet to the attention of his crew. They gave him four fresh tires, fuel and adjustments and sent him back out to start the second stage in the 18th position on lap 85. Elliott battled inside the top 20 in the opening laps, but handling issues continued for the 2022 regular-season champion, and he dropped back to 22nd. On lap 95 a caution came out for a multi-car incident, and the team took the opportunity to make some more adjustments when they made a pit stop for four tires and fuel. Elliott chose the outside line for the lap-102 restart, but another yellow flag waved right after the field went back to green. He was scored 23rd at the time of the yellow and lined up 18th for the restart on lap 107. He continued to race inside the top 20 for several laps and was running 19th when he reported that the No. 9 Hooters Chevrolet was loose. Battling through the condition, he fought hard to maintain a top-20 running position but lost ground late in the stage, taking the green-and-white checkered flag to end stage two in 23rd. 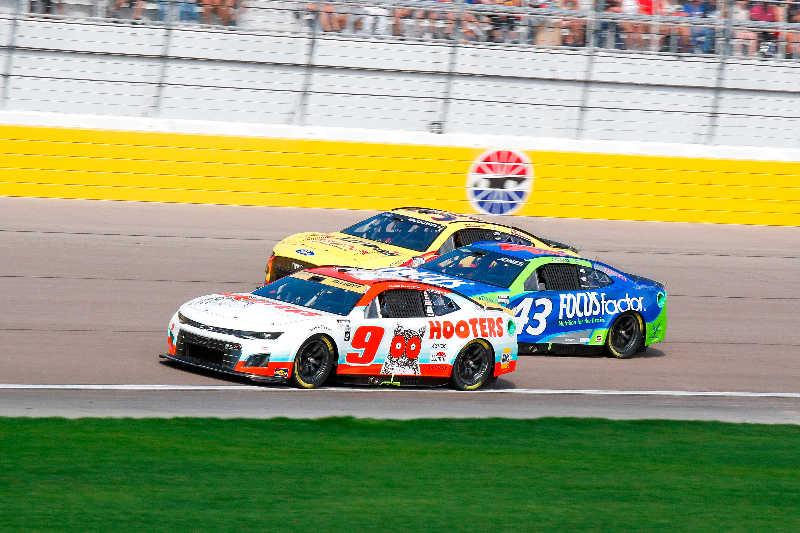 During the stage break, Gustafson called Elliott in for four tires, fuel and a wedge adjustment to try to tighten up the No. 9 Chevrolet. The Dawsonville, Georgia, native lined up 20th for the start of the final stage on lap 171. Elliott maneuvered his way to 17th by lap 175 but lost a few positions as the run went on. He was scored 20th when the race was slowed for a caution on lap 194 and reported that his car felt more secure that run, but still needed more of it center off. After a fast stop for four tires and fuel, Elliott restarted from the 14th position with 69 laps to go. He maintained a top-15 running position in the opening laps before dropping back to 17th on lap 203. Elliott made up some ground from there, climbing his way back up to 15th. He slipped to 20th before a caution flag waved on lap 228. During the caution, the team made two pit stops, making adjustments to try to improve the No. 9 Chevrolet’s handling. Elliott restarted 28th and was up to 26th before another caution came out with 27 laps remaining. After pitting for four tires and fuel, he restarted 22nd and was scored 25th before the yellow flag waved again just one lap later. Staying out, Elliott lined up 22nd for the restart with just 16 laps left. He battled hard in the closing laps, working his way back up inside the top 20 before ultimately taking the checkered flag in the 21st position. 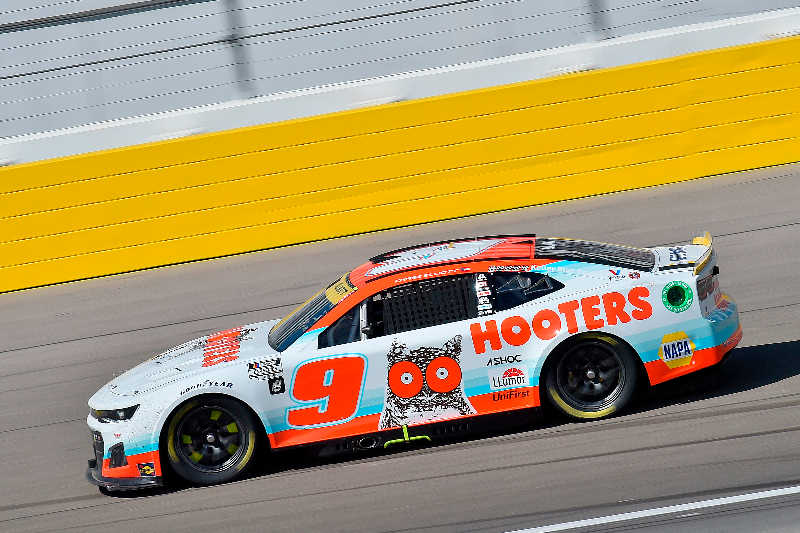 Joey Logano won Sunday’s race at Las Vegas, locking himself into the Championship 4. Elliott now sits third in the playoff standings as the series heads to Homestead-Miami Speedway next week. He’s 17 points above the cutline to advance to the
Championship 4.

Next Race: Sunday, October 23, Homestead-Miami Speedway
How to Watch or Listen: 2:30 p.m. ET on NBC, MRN and SiriusXM